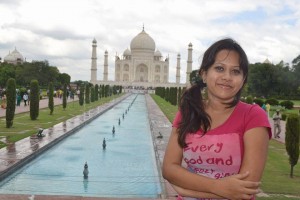 Shucheesmita Simonti: Dear readers, does the title above sound ridiculous to you all? Ridiculous as it may sound; millions of girls in South Asia are everyday using tons of beauty products with the faint hope to become fairer, believing that it will boost their value in the marriage market. And trust me, it will!

Don’t get me wrong. I am, by no means, a promoter of fair and lovely cream. I am merely speaking from experience. I happen to know several girls with amazing personality, who are well educated and progressing rapidly in their career; however they have been turned down by prospective bridegrooms only because of their dusky complexion. This is the bitter reality in this subcontinent. Skin tone is the parameter of a girl’s beauty and beauty surpasses everything else; a girl’s personality, her attitude, her qualifications and so on. As depicted in Fair and lovely cream advertisements, the models apparently get good jobs, find a boyfriend or husband only after applying the cream on her face and becoming fairer.

I grew up watching fair and lovely advertisements. Once, at the age of 12, out of plain curiosity, I asked my mother, if she had ever applied the cream on herself. I will never forget the rueful smile that traced her lips as she narrated to me how the fair girls in her family were treated like princesses in her neighborhood and how she often felt worried that her family would not able to find a good boy for her, given her dusky complexion. During her teenage years, she did get love letters from some admirers but often she wondered why the boys are sending love letter to a dusky girl! It was a shock for me, even at that fragile age, to consider that my own mother went through such humiliation only for her complexion.

That was Bangladesh in 1980s, and she grew up in a small town, far from the capital. But, have things really changed for the better even several decades later? I happen to have a relative who is a doctor by profession and a talented singer too, she sang for the local radio in her hometown several times. But due to her dusky complexion, she had been turned down by several families; causing panic amongst the family. Instead of giving emotional support to her and her parents, some relatives decided to taunt them for years until finally she met a wonderful guy who loved her for her personality; an amazing woman that she is.

She is not alone in her struggle; numerous girls in this subcontinent go through such traumatizing humiliations. And not all of them are strong enough to wait for the storm to get over. Why do girls have to go through such phases and wait for a knight in shining armor to rescue them? Why girls can’t just be respected for who they are, and not for how fair they are? Who is to be blamed for this social disease?

Is it merely fair and lovely or similar brands who are trying to boost their sales or the colonial hangover imprinted on our subconscious mind? Those of us, who have read the classic “A passage to India” know how the British had once upon a disdained us for being “dark” and how skin complexion was equated to the level of decency and intellect of people in this subcontinent. The rule of British ended in 1947, but unfortunately, it seems, they have passed on their racist ideas to us.

It is 21st century, and across the subcontinent, there are plenty of dark and beautiful women like Smita Patil, Nandita Das, Konkona Sen or Bipasha Basu who have defied the conventions in industries like Bollywood which always has given preference to women with lighter skin-tone. So, let us make a pledge – to not discriminate women on the basis of their complexion and build a racism free South Asia where women are truly respected in every walk of their life.