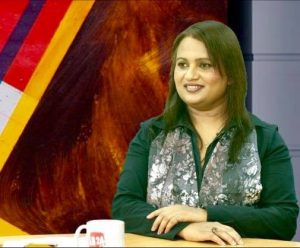 I often hear some men say or comment sarcastically “what else will you do with International  Women’s Day? Nowadays the kingdom of women is everywhere and they are the ones are ruling the world”. I disagree with those who have such an ignorant and blind attitude.

First and foremost, we need to accept the fact that ‘An equal world is an enabled world.’ Also, as individuals, we’re all responsible for our own thoughts and actions. We may consciously choose to counter the myths, combat sexism, change expectations, enhance circumstances and celebrate the accomplishments of women. Since the day International  Women’s Day belongs to all groups collectively everywhere, every one of us can play our part and help create a gender-equal society, collectively.

Despite the fact that women represent one-half of the global population, they still do not have equal access to health, education, earning power, and political representation. We are often paid less for equivalent work, we are under-represented in many important industries, it is believed that we are not assertive enough to lead, and we are often expected to take on a larger share of family/home responsibilities – sometimes at the expense of our careers or aspirations.

At least one in three women around the world are beaten on a daily basis. Women are sexually abused, assaulted, and murdered, more than men, globally. Violence against women and girls is still proven to be systematic. Not only are the majority of women experiencing domestic violence, but to the extent violence against women can also be seen as ‘political’, as women are controlled in both the private and public sphere and are still facing sexism in the workplace or in the street.

The majority of women do domestic chores or are expected to carry out domestic chores,  they work at least 16 hours per day (in many cases unpaid), unrecognized, their principles destroyed, strength vanished, morale crushed – and they still carry on. The majority of women still have the primary responsibility of taking care of the home and children.

Women are still getting paid less than men within the same occupations even though they have similar, or even greater, levels of experience. And they are under-represented in the political arena. Globally, only one in five parliamentarians is women.

COVID-19 has affected women and girls in significant ways, intensifying the imbalances they confront each day. Covid 19 has had a devastating impact on women’s employment and they are more likely to be in poverty than men. Domestic abuse, sexual assault, and violence against women and girls increased massively across the world during the lockdown.

These are but a few of the challenges that women face on a daily basis, and they must change.  The battle for equality has come a long way, and we have had support from genders across  the spectrum, but we must keep going and remember ‘A challenged world is an alert world.’ This day is also a reminder for me to focus more on the challenges women and girls are still facing and how we can progress. So, therefore, let us all #ChooseToChallenge these gender biases and inequalities. Because change comes from challenges.

I am a mother, I am educated, I have a career, and at times it has been a struggle. I am friends with and have worked with women who have struggled with all of these simply because they are women.

I have had the honor of being able to provide women with a platform on which to address some of these issues. A talk show of my own design brought issues such as domestic violence against women, divorce, and age gaps in marriage:

I encourage you all to watch these videos, speak to the women in your lives to learn about the struggles they face, and help us with our battle for equality.