Farida Begum is unsure about her age. She thinks she is in the mid-40s, but knows that she had spent a significant time of her life toiling in nearby bushes and later unhygienic toilets at the Satkhira Municipality, the southeastern part of Bangladesh. 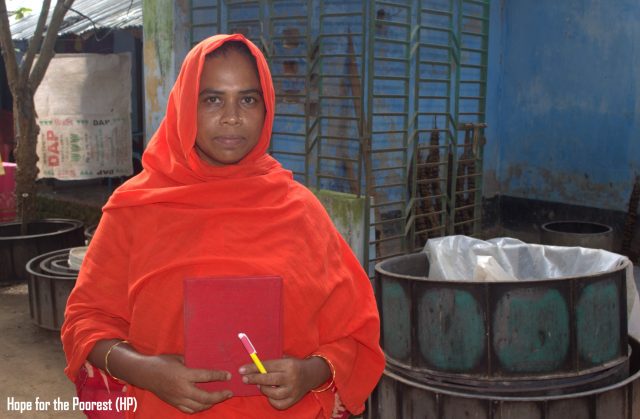 Ms. Begum didn’t have sanitation knowledge before and most of the time she along with her children were sick like diarrhea, vomiting, stomach upsets, etc. The husband was only bread earner, earning 200 takas (barely €2) for a day of back-breaking work. So, the marginalized community was mostly excluded from WASH services.

Open defecation was widespread, near the same canals that provide water for washing and cleaning, and waterborne illness was common, particularly among the most vulnerable- young and old.

Farida is a credit beneficiary of ASA, MFI, and was informed about WASH loan facilities and sanitation goods availability from where she can collect. Her curious mind pushed to go too far away entrepreneurs and understood precisely why her family falls in disease frequently. She discussed with her husband about a decent toilet installation at their house and then took a loan from ASA for it. She observed no one had such disease and feel comfortable to the natural call, but neighbors had remained the same problems.

She talked with her husband about the sanitation business but refused due to a lack of finance and no experience in the business. She contacted again with the entrepreneur to know in detail. The entrepreneur advised her to communicate with Hope for the Poorest (HP) and gave contact details of its local staff. HP selected her and provided necessary capacity building training and established linkage with ASA local branch for her startup capital.

At the initial stage, people had negative critics and didn’t come to her business center for product purchasing. The husband didn’t cooperate with what she wants in her business. She was frustrated and came to HP what actions she should take to functionalize her business center again. HP took her seriously with a new strategy and then she focused on neighboring women and girls who had sanitation-related problems and presented herself and with her family members as a burning example of a solution.

Now Farida is stable with her business and every month she gains some amount of profit. The husband positively responds to her decisions. She with her husband works together in the business center and everyday selling numbers of sanitation products to the customers. People who were critic to her now say Farida is right in her way and thanks to her services and products at an affordable cost that makes them easy to purchase and to use it properly. Now community people are becoming healthy and leading a dignified life.

Farida has an entrepreneurial mind that helps her realization of the existence of a market need. She never thought before she will be a business owner and will help the community with her innovative ways. She already starts other WASH accessories business in the same center and wants to reach her services at every doorstep in surrounding communities. 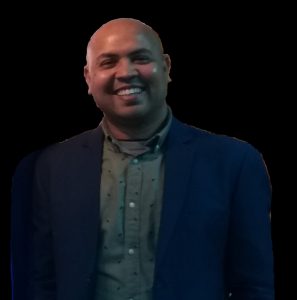 Mahiul Kadir is Executive Director at Hope for the Poorest, a not for a profit-making organization, working on entrepreneurship social business in Bangladesh. Kadir is a business graduate of Shahajalal University of Science & Technology, Sylhet- Bangladesh and he has been received an MBA from the Institute of Business Administration, Dhaka University.

After graduation, he launched his career in the development sector where his specialization in strategic management, resource mobilization, financial management, project design, implementation and evaluation, people management, and entrepreneurship development.

He eventually led a number of programs/organizations that mostly included the World Bank Group Sanitation Program in Bangladesh. Kadir is also a creative thinker and writing on social media and different national English dailies on socio-economic issues mostly women’s development and empowerment.

He already presented his research findings on many national and international seminars, including One Young World Summit, 2018 at Hague, the Netherlands, and World Water Week, 2019 in Stockholm, Sweden.