For centuries, women have made important contributions to the sciences, but in many cases, it took far too long for their discoveries to be recognized — if they were acknowledged at all. And too often, books and academic courses that explore the history of science neglect the remarkable, groundbreaking women who changed the world. In fact, it’s a rare person, child or adult, who can name more than two or three female scientists from history — and, even in those instances, the same few names are usually mentioned time and again.

Now is time to change that!

(Continued from Part I) 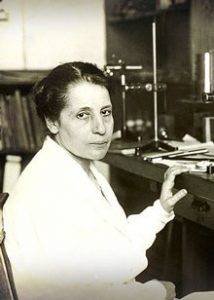 Lise Meitner, an Austrian physicist, made an extraordinary contribution to nuclear physics — but she did not share the Nobel Prize for the discovery. The first woman professor of physics in Germany, Meitner frequently worked in partnership with Otto Hahn, a chemist. Even after Hitler came to power and Meitner was forced to flee to the Netherlands, she continued to collaborate with Hahn by correspondence. When Hahn’s experiments showed that the nucleus of uranium could break apart, it was Meitner’s physics that explained exactly what was happening — nuclear fission — but the Nobel Committee awarded the prize to Hahn alone. After the committee’s sealed records were made public and revealed how they had severely undervalued Meitner’s contributions, she received numerous posthumous honors, among them the naming of element 109 meitnerium. 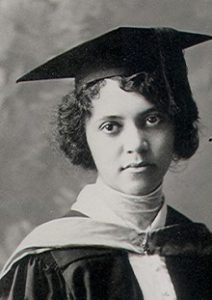 In her short life, African-American chemist Alice Ball revolutionized treatment for leprosy. Ball was the first woman and first African American to receive a Master’s degree at the University of Hawaii. While there, Dr. Harry Hollmann asked her for assistance analyzing chaulmoogra oil, which had shown promise as a treatment for leprosy — the cause of a growing public health crisis in Hawaii — but was difficult to use effectively. Ball developed a way to isolate the active ingredients of the oil, allowing them to be injected. Tragically, Ball died of an illness before she could publish her results, and another chemist later published without giving Ball credit. Fortunately, Hollmann ensured her name would be remembered, publicly declaring, “After a great amount of experimental work, Miss Ball solved the problem for me… [this preparation is known as]… the Ball Method.” Ball’s treatment remained the best option for leprosy patients until the mid-1940s, and today, Hawaii recognizes the impact of her work by celebrating Alice Ball Day every four years on February 29. 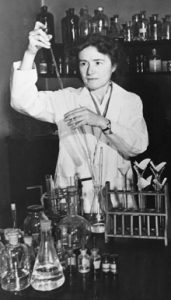 Growing up in what is now the Czech Republic, Gerty Cori knew that women were marginalized in science and medicine, but with the encouragement of her family, she was determined to study medicine. In 1922, she and her husband, Carl Cori, immigrated to the United States and began medical research. Although they were discouraged from working together as a married couple, their partnership was tremendously productive, resulting in dozens of papers. Together, they discovered the Cori cycle, which showed how the body uses chemical reactions to turn carbohydrates in muscle tissue into lactic acid, then remetabolizes it, and they identified the catalyst, the Cori ester. On her own, Cori also studied glycogen storage disease and became the first person to show that a defect in an enzyme can cause a human disease. The Cori cycle earned the couple the 1947 Nobel Prize, making Cori the first woman to receive a Nobel for medicine. 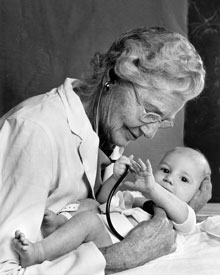 Helen Taussig’s journey to a career as a physician wasn’t easy: she struggled with severe dyslexia, hearing loss from a childhood illness, and discrimination due to gender before she received her medical degree from Johns Hopkins in 1927. After overcoming these challenges, the American physician went on to found the field of pediatric cardiology. She is best known for discovering the cause of “blue baby syndrome,” a birth defect of the heart that had a very high mortality rate. After Taussig developed the concept for a repair procedure, she worked with two of her colleagues at the Johns Hopkins Hospital to design a technique which has saved the lives of thousands of babies. She continued her research work until the day of her death at the age of 87.

Reproduced from an article written by Ms. Katherine Handcock for A Mighty Girl.