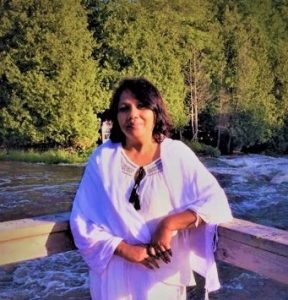 It is time to contemplate how science and religious topics could be discussed scholarly in the classroom linking together.

Improving peace and recovery in the country science subject has a tremendous role that we cannot ignore today. The goal of subject matters of science teaching in the classroom could be connected to peace recovery and good citizenship building concept. This subject must be taught in the classroom carefully for the higher interest of the society and also educate our adult in science through popular education.

From my field observation, I could realize even a grade 10 Madrassa and Secular stream learner understand that the importance of science in our everyday life. Madrassa and Secular students and teachers both could identify that science have an enormous impact on restoring peace and resolving any conflict issues.

While I discussed with a few youngsters how conflicts can be resolved through science learning. Does science knowledge explain clearly about the origin of species including diversity, there is no division in human beings, the race is an absolute myth, holy artisan bakery killing issue, the origin of earth and evolution of human beings etc.?  The Secular and Madrassa both learners replied affirmatively.

We generalize that madrassa students are not well educated in science, teachers are biased, and their education is faulty. They do not allow equality and diversity in the classroom, which is not true. 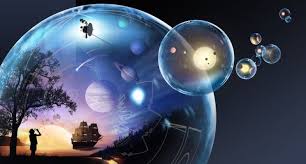 One smart, curious and talented grade 10 learner said that science is necessary for our daily life. To remove the veil of ignorance regarding science contents, Qura’nic explanation is not enough as it was not written focusing on science, he said. The old translation of Qur’an is not enough to understand the importance of Islamic science. Thus to be compatible there is a need for a new translation of Quran focusing on Islamic science, he said.  He also added that if any science writer discusses any science topic, we have to learn it first and then discuss if we have enough arguments, but no need to attack him or kill him. Because he expressed his opinion and I can express mine too. It was the aha moment of the discussion of a researcher and a participant.

I received the similar answers, which was positive about science learning and teaching, from the teachers of both streams.

Now question arises, who are these killers, are they educated enough about science and Quranic explanations of the conflicting components, or their brain is pounded by any conservative violent political group, who are ignorant in science and uneducated.

It has become imperative for us, science and religion curriculum planners, teachers, educators, intellectuals and politicians to sit down together and think how to teach  science  implanting peace and resolving conflicts and stop killing in the name of religion, such as Bangladeshi secular writer and educator Zafar Iqbal and murder of Avijit Roy, other bloggers and free thinkers.

We all condemn the attack of the top secular Bangladeshi writer and educator Zafar Iqbal. Bangladeshi professor is known for his secular activism and science fiction writing, he was attacked at the Shahjalal University, Sylhet, northeastern Bangladesh yesterday. Media reveals he was reportedly stabbed in the head while he was taking part in an innovation in science award event in Bangladesh. This well-known secular activist and science fiction author have faced death threats from radical thinkers a few times past these years. After Humayun Azad and Avijit Roy killing, secularists of Bangladesh were concerned of his life, safety, and security.

We urge to Bangladeshi social, political, religious institutions, secular and Islamic thinkers to lend their hands and hearts to be active how to stop killing, abduction, violence through religion, communal riots, and forced disappearance to uphold democracy, restore peace and freedom of speech in Bangladesh. Hurting Professor Zafar Iqbal and Killing of Avijit Roy’s incidents indicate that these mass killings of innocents and opponents are only pushing the voices of dissent to transform into fundamentalism.

Have we not learned anything about radicalism from the past experiences in the history of religious and political war?

We must acknowledge the practice of Killing of non-believers, believers of other religion, or vanishing entire political oppositions, killing of political and religious extremists in any country or Bangladesh is unjust and absolutely impractical.

We have to consider if killing and attacking of free thinkers have a connection with current communal politics.  As it is visible that secular aspects of current politics practice are absent!

“Banning any religious party and student wing will not prevent radicalization in Bangladesh”, we need to re-think about this suggestion that is delivered from all quarters, national and international voices.

Rather, it could be wise for all parties to abolish their every student political wings and forbidden teacher politics in all education sectors including universities to bring back peace, harmony and educational environment in the country.

Avijit killing and many incidents of abductions and killing innocents across the country including ethnic people in the Chittagong Hill tracts areas indicate that government failed to uphold secularism and multiculturalism in the country.  And recent holy artisan bakery, Gulshan killing, past public killings by petrol bomb/arson attack clearly indicate that political parties lost their moral and ethics entirely. It is distinct that power greed moved the representative of these political parties becoming unjust, insane and inhuman.

The government must be careful not taking enough action on the killers, not protecting secular educators, the free thinkers. Taking a neutral position on the free thinkers killing has consequences, it could turn government’s image into the pitfall and create disintegration in the society.

If we critically think aren’t these free thinkers, science educators, journalists voicing of all public and interpreting their opinions for the good of the Bangladesh social (educational) and political environment.

However, it seems, sporadic attack and killing will continue in Bangladesh and part of the world unabated until the opinion and views of opponents and believers of dissents of the living are throttled. We must ask a question to our conscience, is that realistic to stop all the voices? Or practicing knowledge is important while we face difficulty understanding any science topic from the religious viewpoint, as one grade 10 Madrassa learner said.

Likewise, all religious parties and its people who claim them as believers of Islam what they really want? Do they want to destroy the essence of Islamic thoughts, “ideas of co-existence”, or their self-proclaiming thoughts of “radical notion of the killing of non-believers?”

From the current story of the religious attack on Professor Zafar Iqbal and killing of Avijit Roy and other bloggers and writers, the political killing of innocent public, what our common sense tell us to do.

Only one sentence is enough to bring remedy to this problem. We can move forward again with a good spirit with the simple praxis- that is teaching “love” in the classroom: “let’s educate us with science and humanism and try hard to bring back “love” for each other’s to live in a nonviolent environment – for a “peaceful co-existence”?

Who will ring the bell? We all know who can do it and who are capable of doing it.

We need good governance, their dedication, and honesty, implementation of law and orders is the need of the hour.

We, the peaceful people, our hearts only urge you all to become conscientious: “let us work for freedom of speech and live together peacefully, forgetting our color, race, religious faith and political faith”.