Pratanu Roy: My mom used to go for a morning walk in Dhanmondi, one of the most polished areas in Dhaka city. One day some random guy in the street asked her – “Why are you not covering your head? Why are you not wearing hijab?” And, this happened several times, not once. After that she had stopped going for a walk. This is now the real situation in Dhaka, the capital city of Bangladesh. I can just imagine how bad it is in other parts of the country. 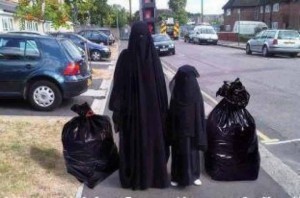 And, this thing did not happen overnight. Dhaka was the city where I grew up, where I spent the most memorable and exciting times of my student life, where I made so many friends (not to mention almost all of them are muslims), where my mind and thought process were shaped by the intellectual discussion with my best friends, where I celebrated Eid festivals with the same enthusiasm as I used to celebrate Durga Puja, and where Bengali culture was valued more than any religious identity.

But, slowly something has changed in the last few years. That ‘something’ is very unnatural and unknown to me. I started to notice people are more concerned about what is ‘haram’ (forbidden) or what is ‘halal’ (permitted) than what is right or wrong. I started to see highly educated people supporting and spreading hate speech in social media – how vandalizing a temple is justified, why visiting a puja is forbidden, how the Bengali culture is in fact Hindu culture hence ‘haram’, why one religion is the most supreme, most scientific religion over others, etc. etc. However, very few protested against these hate preachings, and the number of ‘likes’ increased exponentially. I also noticed an increasing number of women wearing hijabs, even within my friend circle (I admit it might be a personal choice, but to be honest, this is unusual and unnatural to me as a human being).

These changes are unprecedented – these changes occurred with many of your direct and indirect support. These changes took place while you were silent ignoring the screaming of the others. Do you think you can sleep peacefully after so much injustice, after so many innocent lives snatched away from their near and dear ones, leaving their family members in immense pain for the rest of their lives?