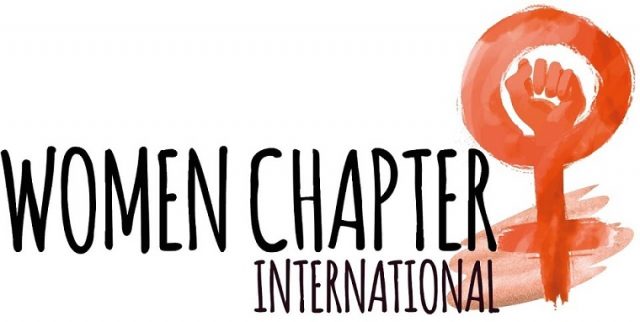 Women Chapter International, a not-for-profit organization registered in Sweden has officially launched its journey on Sunday, March 7th, 2021 by virtually celebrating International Women’s Day in front of the entire world.

Although officially registered in June 2020, the dream behind the organization was conceived almost a decade ago, said Supriti Dhar, the President of the Directors of Board.
While it has started its initiative with the goal of working for projects related to eliminating inequality, fighting domestic violence, battling social injustice, and defending the freedom of expression in Sweden and Bangladesh, it gradually hopes to take on similar projects across the globe.

The hour-long event was divided into two sections, the first half being the celebration of International Women’s Day and the second part the launching ceremony.
The celebration included a dance performance by Tonusree Manji and Mahia Meherab Purnava, a song by Cris Gera, poem recitations by Lutfunnahar Lata and Shumu Haque. and a documentary by Human Rights activist Eva Lundgren Stenbom.
Women Chapter International Board Members Supriti Dhar, Monjun Nahar, Shumu Haque and Camilla Carlsson, Human Rights Activist Eva Lundgren Stenbom, ICORN Coordinator Sofia Larsson spoke to mark the occasion and share their future visions for the organization while the guests, namely, Public Health Specialist Dr. Halida Hanum Akhter, UNDP Gender Cluster Leader Jhuma Dewan, Development Worker Rahima Sultana Kajal, actor and cultural activist Lufunnahar Lata and Shahnaz Shirdelian, gave her messages of encouragement for Women Chapter International.
A promo on the history of the organization’s inception was also shown at the event.
The program was anchored by Tonusree Manji and the technical support was provided by Ashraful Haque.
To view the event please visit: