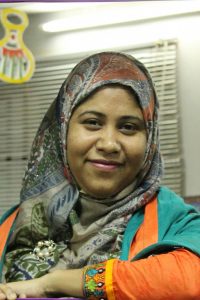 Ayan, a six years old boy loves to play with his toys keeping scattered around him. One day he was attempting to keep the toys on the floor, the housemaid rushed to him and asked not to keep the toys on the floor because she would clean it. Ayan with his toys went to the bed. His father was there and he asked him not to keep them on the bed because her brother who is of one year would sleep. Ayan, could not understand what to do. Everyone said him “NO” but nobody gave him any solution, where to go. This is an example of an incident of a day only. Every day our kids have to go through thousands of “NO”.

While saying “YES” to children is a very popular campaign, our children are growing with thousands of “No”. Don’t go there, don’t do this, don’t play here, don’t talk, don’t shout, don’t go outside, don’t throw water, don’t make the rooms dirty, don’t paint on the wall and so on. Did we really think of the impact of telling frequently “NO” to children? Do we try to understand how they feel when they are said so many “NO”? We the parents sometimes think that we did a great job to make our kids good by saying “NO”. Just think what you would feel if you are told “NO” so many times in a day?

“NO” is a very small word however it could have very strong and negative impact on the life of your child.  It is very frequently heard that if a child grows with “NO”, long-term harm could happen in his/her life. Many of the child specialists, child psychologist and the activists who work with the children suggest saying yes for the children.

You frequently saying “NO” could kill the curiosity of your child forever. The way of bringing back our kids from bad practices should be similar to the way we appreciate our kids for their good job. For example, we can tell our children that if you hear me I will give you a nice gift instead of saying I will beat you or scold you if you don’t hear me. I think this way could be more effective. The kids do not remember the domination of the parents for a long, maybe for their own needs but they very nicely can remember the issues of the gift. Different studies show that the child growing with frequent “NO” is less intelligent than the other children. If you say “NO” to your child, again and again, s/he will start losing confidence on him and also will start to think that it is not possible for him/her to do anything better.

Of course, sometimes even most of the times we cannot behave rationally with our children for many reasons like physical or mental disorders, surroundings or anything else. Whatever the reasons are, the negative reaction to child’s attitude always impact negatively on the children and it’s a lifetime negative experience for them.  We always count the attitudes of the children but never think of the reason behind it. Let me give an example: Mishu, a 5 years old baby one day opened the refrigerator and took a glass jar full of pickles. She could not balance and as a result, the jar fell from her hand and broke. Her mother rushed to her, slapped and told Mishu not to do such things once again. But Mishu did not stop. She very often did this type of work and her mother was very much irritated about this. One day, her mother in a very calm mind thought why Mishu is doing so, what is the problem? She talked to her after one incidence and found Mishu usually does this when she is hungry. She could not express it properly and did so many incidences. Her mother was so sorry and felt guilty. She from then tries to communicate with Mishu in very first incidence and tries to understand her.

We can act according to our children’s wishes if we just carefully want to do it. If your child has a habit of painting on the wall, are you able to stop it? If you say not to paint on the wall, it will not work, I can guarantee. Rather you can try one thing, ask him/ her whether s/he loves to paint on white papers or on the board? Give space to decide. Obviously, s/he would have a choice from your two choices. Let him/her do that. See, by doing that your child is working as your choice however, on the other hand, s/he can think that you are giving respect to his/her choice. By keeping your child happy, you are showing the right way.

Can’t we do so for our loving babies? I am sure we can.

The children are restless, unstable, impatient, excited, and curious and those are their instinct nature. If they are not so, we cannot tell them healthy and normal. Let them make their own choices, understand them and support. Every child is unique and potential. They have their own way of thinking and acting. Let’s guide them to nurture their thinking in a positive direction. Obviously, they will act in a positive way.

The writer is working at The Nielsen Company Bangladesh Limited, a research-based Multinational Company.