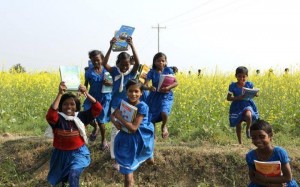 Pamelia Khaled: In ancient times, Bangladesh was situated in the eastern portion of a huge river delta region and called Bang, where the Ganges and Brahmaputra River systems empty into the Bay of Bengal and Indian Ocean. The region became known as Bengal in more modern times, however Bangladesh was part of the Indian subcontinent known as Bengal, and its history began in the 4th century BC.

According to Worldmark encyclopedia, 2007, Islam came to South Asia in the years following ad 800 but did not reach Bengal until Muslim invaders from the west secured a foothold there around ad 1200. In the 13th and 14th centuries, after successive waves of Turkish, Persian, and Afghan invaders, Islam began to take a firm hold in the area that is now Bangladesh.

The role of the Bengali Language Movement in 1952 is interlinked with the war of liberation and also the augment of the Aliya madrasas in this region was the major issue of the Bengali language movement. In 1948 the then Pakistan government had declared Urdu must be the state language that resulted frustration among the people of East Pakistan, the Bengali nation.

According to Bano, 2008, “the Urdu language was viewed as the lingua franca of Indian Muslims. It had developed under Persian, Arabic, and Turkish influence in South Asia during the Delhi Sultanate and the Mughal Empire. Having developed on the basis of the Arabic script, Urdu was closely associated with the identity of Indian Muslims. As opposed to this, the Hindi and Devanagari scripts symbolized Hindu culture. Urdu developed most among the Muslims of North India, while Bengali remained the dominant language of Bengal”.
Bano 2008 further notes that “the declaration of Urdu as the national language led to strong resentment in East Pakistan, as it meant that Bengalis would be at a disadvantage in applying for any government position. This resentment turned into a popular movement when a protest organized by students of the University of Dhaka in 1952 met severe resistance from the police, resulting in the death of several students. This tragedy resulted in the launching of a proper Bengali Movement, which was effective enough to get Bengali recognized as the second official language of Pakistan in 1956; it also became a forerunner of the Bengali nationalist movement”.

Thus in Bangladesh, in honour of the Bengali language martyrs 21st February is observed as Language Movement Day as well as a national holiday. It is remarkable that this day is now observed as International language day across the world.

In 1971, Bangladesh became a socialist country, and in 1988, Islam was established as the state religion. Though discrimination against non-Muslims is rife, freedom of worship is provided for in the constitution (Bangladesh Constitution No. 2A , 1972). Bangladesh is the world’s third most populous democratic Muslim State  with a population of 154.7 million people (World Bank, 2013), of which about 80% are Muslims and about 12% are Hindu.

Ethnicity is a major issue, as there are approximately 45 different ethnic communities living in different parts of Bangladesh (BRAC, 2008), with about 12 tribes inhabiting the Chittagong Hill Tracts. More than half a million people practice a mixture of tribal cults and Buddhist doctrines (Heitzman and Worden, 1989).

Since 1991, political instability has been the main cause of tension in the field of education in Bangladesh. This has negatively affected the development of the education sector, as even though reforms are passed, government policies are still conservative and reforms are rushed through to meet election dates, just like any other political agenda. The language of instruction has been a particularly divisive issue during key historical periods, such as during the Pakistan period, when Urdu was declared the state language, giving rise to the Bengali language movement. Following the 1971 Liberation War, Bengali became the dominant language, marginalizing other ethnic and linguistic minorities.

The politics of language choice influences social engineering where language is used as a mechanism for socio-political development. The languages of minorities are politically excluded due to the position of the English language as the medium of communication and a skill for economic development while the Bengali language is the official language and language of instruction in education for the nation.

It is important to note that nearly 88% of the people are Sunni Muslims, making Bangladesh one of the world’s largest Muslim countries. About 10% of the population are Hindu; the remaining are mainly Buddhist or Christian, the latter being mostly Roman Catholics. There are also Biharis (non-Bengali Muslims from India), Arab and Dutch settlers who have adopted the Bengali life style, and a small numbers of Shia Muslims, Sikhs, Baha’is, Ahmadis, and animists (Worldmark encyclopedia, 2007).

Although today Bengali is the official language, English is also used for official and legal purposes and widely used in business. Thus in writing as well as in speaking Bengali language assimilated a few languages such as Turkey, Persian, Urdu, Hindi as well as English. We also speak and write in verities version of Bengali such as Shadhu, Chalito and Ancholik.

Among those who are speaking Bengali there are differences of dialect according to region. The people of Chittagong, Noakhali, and Sylhet are known for their distinctive dialects. As Bangladesh has a multicultural population, educators may use to teach local dialect or territorial/ethnic language in speaking and writing in early childhood education but we need to teach the young learners how to speak and write Shuddha/promit  (correct) form of Bengali and English as well, since early childhood education.

In sum, it has been more than 4 decades we educators can’t overlook the problems caused of withdrawal of English medium in secondary public school since The Liberation War 1971. To reduce the huge gap and weakness in English between the urban and rural lines and the difference in learning among the English and Bengali medium educated learners, I advocate to resume the previous bilingual secondary education system such as language of instruction in Bengali as well as English in public secondary school since it will allow learners’ to prepare for higher education and joining the global job market effectively. To establish footprint in Bangladesh education sector, current government may collaborate with other stakeholders in education, curriculum experts, intellectuals, sociologists, psychologists, and civil society preparing a comprehensive, balanced, sustainable secondary education system as Bangladesh government already has a human capital focus global agenda.

The writer is Doctoral student in Curriculum Studies and Teacher Development
Ontario Institute for Studies in Education (OISE)
Research assistant, University of Toronto