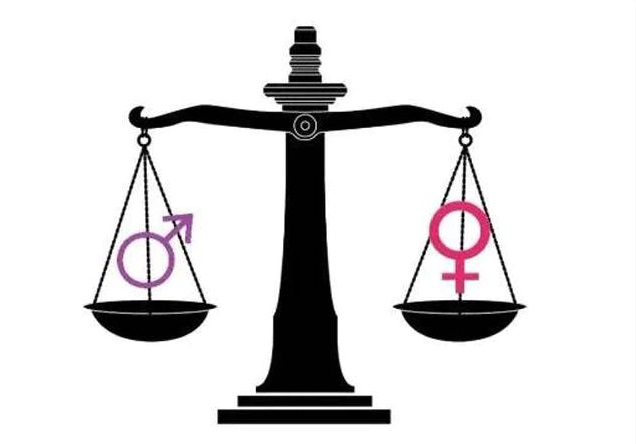 33 VS 4 cases: A brief review of Islamic inheritance law indicates that women have more shares than men in some cases. And there are only 4 cases where women get less share, such as a woman inherits half the share of a man. But, unfortunately, there is no social scene of the other 30 cases where women get equal share practically, as the Islamic societies do not follow Islamic inheritance law as the way it has to be. Therefore, a just law (perhaps it was useful for the then society) has become a law to oppress women, and this conflicting situation can be reconsidered, ensuring justice.

To improve women’s poverty condition, the current Bangladesh government declared the national women development policy draft on March 8, 2011. It is important to analyze if the policy goes against the Qur’an and Hadiths. Or the third category can be reformed by looking at the social and global context where a large number of women are working in Bangladesh RMG, NGOs, and other formal and informal sectors. But most women are deprived of the father’s wealth share (not even half of the brother), including the claims of two categories. The oversight of the conflicting Islamic inheritance laws lowered Muslim women’s socioeconomic condition in the societies.

Therefore, it is better to bring change and share father and mother’s property equally with their children to avoid discrimination from parents at least. This somehow gender-based distribution (what was suitable the then time but now it has become misleading) ultimately makes girls’ children feel like they belong to the lower rank of family and society. And they have no equal rights to the father’s property. In most cases, brothers deny sharing properties with sisters. Most of the preachers used the loophole of 4 cases to lower the share of women. Furthermore, they disregard those 33 cases where women’s share is greater than men’s. This way, a just Islamic law became discriminatory law and turned Muslim women poorer.

Many Bangladeshi writers and liberal Islamic scholars are working on this issue, but conservative Islamic parties have different agendas and making chaos and violence in Bangladesh. We should be careful not to claim that the conservative Islamic parties are solely responsible for the unequal property distribution system. My lived experience and patriarchal social scene indicate that 99.99 percent of people are unclear and unaware of Islamic inheritance law and its implementation. Most parents are undiscerning about equal share. And they are proffering a half share to their sons because they are fearful thinking not following Islamic law (most people are uninformed of the first two categories).

Bangladesh Women Development Policy. And state’s policy failed to clarify how reform is beneficial for men (the third category reform). The new policy would lessen men’s burden towards women and family, and at the same time, it will create access to women to parents’ wealth share and more responsible to their husband and children’s needs. As a result, women will be stronger and more able to support their families and society.

Suppose we think critically looking at the global world and women’s role in family and society. In that case, the Bangladesh government needs to reform the third category for establishing women’s rights to their father’s property. A successful women’s development policy could be more helpful in the political votes securing process.

Many laws have been reformed throughout Islam’s conquest to secure men’s and women’s lives, such as chopping thief’s hands, taking out eyes and teeth and blood for blood, abortion, girl’s marriage law, divorce, oppression on women law, etc. Bangladesh is still known as the People’s Republic, and the constitution follows democratic and secular principles, such as equal rights clauses.

About the Hindu women’s right, Anupoma Joyeeta Joyee, a Barrister-at-Law said that “It’s quite evident that Hindu legislators and leaders do not want Hindu women to inherit property. The Hindu Women’s Right to Property Act 1937, a notorious British-era piece of legislation that the Hindu legislators of Bangladesh have never bothered to revisit, entirely excludes Hindu women from getting a share of their father’s or husband’s property if there are sons in the family. In the absence of a male heir, only the unmarried daughters and married daughters with sons can inherit property while childless widowed daughters or married daughters without sons do not inherit anything.”

In this case, an amendment to Hindu inheritance law is a demand of time. So, the Bangladesh government must review all religious groups and ethnic communities’ inheritance laws.

To reduce conflict and peacebuilding (building a secular /rational society), men and women’s equal share of parents’ property will ensure humanitarian aspects of Islam (by implementing Islam’s need-based law) and empower Muslim women. However, as aforementioned, Bangladesh is a multireligious country; thus, the family law (inheritance law) should be developed for all women, not for Muslim women only.

Dr. Pamelia Khaled is an expert on Curriculum and Pedagogy (Peace and conflict resolution through science) at University of Toronto.