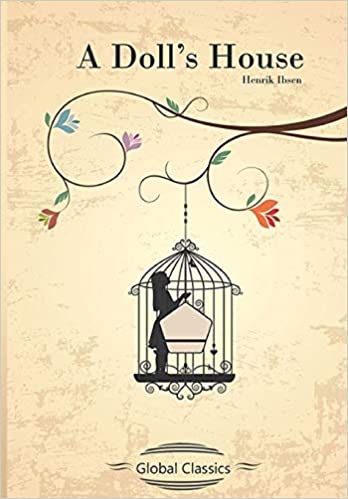 Human beings are born free. When a baby is born, he/she has no idea about race, origin, property, color, language, nationality, or gender. When a baby girl is born, her family member starts to assimilate her with a beautiful doll immediately after her birth. Why doll? A doll has no life, no voice even no feasible existence. Then why a baby girl is compared to a doll?

Somehow the society has a perception that a girl should act like a doll. She might not have her own opinion or voice in her entire life. Just like a doll, she will always remain under some protection either from her father or her husband. In 1879 Henrik Ibsen, a Norwegian playwright has shown clearly in his drama “A Doll’s house” that how a girl is being treated like a doll in her entire life (Ibsen, 1879).

Ibsen has raised his pen for women’s rights in 1879 but still in 2020 whenever a girl is born she is compared with a doll. Even the first toy of the girl is always a doll and it is also seen that if any baby girl asks for a toy car she is mostly taught that this is not for her. In the eighteenth century, Jean Jacques Rousseau, and Maria, and Richard Edgeworth elaborated the function of the fashion doll as a way of preparing girls for their future life. By doing so the brain development is indirectly subjugated by both the family and the society indeed.


Dolls have become more of a problematic topic in the twentieth century when much of the discussion centered on Barbie. The perception of being flawless also rises from that concept. The process of discrimination starts with the family. According to Sylvia Plath, the father is the first person who deprives a girl of her freedom. In her most controversial poem “Daddy” she describes that father is the first man of a girl’s life and the first person to dominate.

Actually, the struggle for women’s rights is nothing new. Before eighteenth-century women did not have the right to vote, they were not allowed to ask for any loan from anywhere without the permission of their father or husband. Basically they did not exist! But nobody thought about how it is contradictory to human rights because they were used to treating girls like dolls.

After the birth of a girl, the family members start to think about her marriage but the exact opposite happens when a baby boy is born. The entire family thinks about the triumphant career of the boy. Growing up as a girl is not really easy.  She has to synthesize herself with the anticipation of others her whole life. What she should wear or what she should say and how should she say it- everything is always kept under control. Each and every movement of her life is being audited.

Sylvia Plath has compared a girl’s life with a bell-shaped jar in her semi-autobiographical novel “The Bell Jar” (Plath, 1963). She has to originally publish it under the pseudonym “Victoria Lucas”. Even in the nineteenth-century women were not allowed to write. Again the reason might be a doll can never write or express her opinion then how a woman could do so. Materially, sometimes dolls are more privileged than a girl. Because at least most of the dolls have a small pretty doll’s house. But in real girls don’t get their own house at all. Although fathers treat their baby girl like a doll they keep neglecting them to give their rights on the property. In 1929 Virginia Wolf in her book “A room of one’s own” has depicted the fact that girls don’t have a room of their own where they can think for themselves and get enough space for writing their feelings (Virginia Woolf, 1929). By mentioning the word “room” she was indicating space and freedom.


However, time has changed. Almost 100 years back in “Sultana’s Dream”, Begum Rokeya dreamed of a perfect free land for women, where women are not playing with dolls rather they are participating in the progression of that certain land (Rokeya, 1905). Now in the twenty-first century, it is not a dream anymore. What took more than 100 years to be an individual figure in the progress of civilization? The family, the society, or the psychological barrier that is created in the minds of individuals from childhood?


This is high time to break that barrier. Stop comparing a girl to a flawless and lifeless doll. A girl is a human first. She has her own way of thinking and her own choice of lifestyle. Let a baby girl choose her own toys. Discrimination doesn’t lie in the body rather is generated in the mind indirectly from the very first day of life. Enough of keeping girls inside the box as a doll! Instead, treat her like a human being so that she can breathe with self-respect, and live her life with dignity. 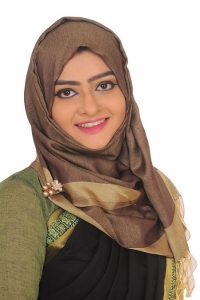 Khadiza Khatun is a teacher by profession. She started her teaching career with BEMS (Basic English Medium). She is a Post Graduate in English language & literature from the Asian University of Bangladesh. Her current areas of interest and exploration include human rights and feminism.