The current situation reminds one of a famous dialogue from the Meghna Gulzar movie Talvar – “…many forget the statue of Lady Justice holds a sword…., unfortunately, over the past 70 years, that sword has gone rusty…”

Recent statements made by the current Chief Justice of India show us that the sword of justice has indeed gone rusty. Where should one turn for justice when the one who is supposed to reach out is entrenched in a patriarchal mindset.

While it is true the CJI is human and indeed a part of society, he supposed to be more. He is not just a part of this society; he is also the head of the Supreme Court- the apex judicial institution in India. He embodies the very idea of justice and serves as the final interpreter of the Indian Constitution. It is his duty to ensure that justice prevails across all sections and in all forms.

And when the CJI himself makes offensive statements by asking a rapist to marry his victim so that charges are dropped against him, one cannot help but despair.

Is this what the constitution mandates? Is this what is prescribed in the Criminal Procedure codes?

What is the point of the criminal justice system then? Where does the office of the CJI derive its sanctity when it fails the very citizen it is supposed to protect?

Our Constitution envisions India to be a just and equitable society where everyone has equal rights and opportunities. For this to come true, a gender-sensitive society is a must.

Creating a gender-sensitive society is a collaborative effort and a very important role is played by the judiciary.

But clearly the above shows that far from helping create a more gender-sensitive society, the judiciary is entrenched in gender biases, sexism, and patriarchy. It is just as complicit in perpetuating violence against women by pushing for a ‘compromise’, instead of punishing offenders for their crimes. CJI’s remark that sex between a husband and woman cannot be termed as rape clearly elucidates this point.

What is truly shocking is that most people expect such sexist remarks from the lower-tier court, but never from the CJI himself. His remarks are deeply damaging. Damaging not only to the sanctity of his office and the oath that he had undertaken but also to the legitimacy of the very office and peoples’ trust in the judiciary.

These remarks while not a part of the final judgment, do, however, carry a heavyweight and influence with them. The very fact that CJI said them makes them potent. They not only trivialize the crimes committed against women but also perpetuates the idea that a compromise is an acceptable solution for both parties without having to actually punish the offender. This not only condemns a woman to a lifetime of suffering but also negates her very being, voice, and the pain that was suffered. Women get relegated to the backseat without any agency and are treated as second-class citizens. A deeply damaging message gets sent to society.

One must understand that the judiciary doesn’t exist at an Archimedean point. There is always a loop between it and society. It reflects the social mores of the society, while the society ripples with consequences of its judgments. The judiciary exists to guard one’s rights and protect them from excesses. In this light, the above statements are tantamount to the abdication of duty. The Bar Council’s defense of these remarks is even more shameful. So, what if his remarks are not a part of the final judgment, the very fact that the highest judicial authority in a free, equal, and democratic could utter such words is distressing.

India has always sought to lead by example. What sort of example is India setting out now?

The need of the hour is to ensure equality of opportunity. The laws, definitions of crimes, and the overall criminal justice system need a serious overhaul. There should be stricter guidelines and serious consequences for irresponsible remarks.

More importantly, the judiciary needs to be made more gender-sensitive and reformed from within.

More women judges and senior advocates are needed across all tiers of the judiciary. Currently, there are only 2 female judges in the Supreme Court and only 80 female judges combining all the High Courts. This is a very sorry state of affairs. More female judges and advocates are needed to ensure that the criminal justice system becomes victim-oriented and less archaic and technical. This will not only improve the quality of adjudication and allow for comprehensive and empathetic judgments. This will bring new and innovative approaches to the table and help weed out archaic customs and codes of behavior in the judiciary.

The appointment process needs to be made more transparent and diverse to ensure at least 50% representation of women and maintain the public’s trust in the judiciary.

A truly gender-sensitive curriculum and training must be designed with women on the table.

All these changes will give out a message of hope and instill inspiration in many. It will make justice more accessible and readily available to all.

These steps will help India in achieving SDG 5 and 16 namely, gender equality and women’s representation in public institutions.

Women in 21st century India should be leading the country to new heights with the support of the entire society behind them. It is truly regretful that instead they are left clamoring for basic respect and equal treatment and rights. 21st century India should be gender-sensitive, truly equal, and democratic; full of hope, possibilities, and opportunities for all across all spheres. And the first step towards ensuring this is a more gender-sensitive judiciary. Once the judiciary reforms itself, it will lead by example, and other public institutions will follow ensuring that women get equal representation and that there are diversity and socio-economic justice.

This is what Begum Rokeya Sakhawat Hossein had dreamt of back in 1905. Her dreams were echoed by the father of our Constitution Dr. B R Ambedkar.

It is our duty that we ensure that their dreams come true and that India shines as a beacon of hope and justice for all in the 21st century. We owe it to them; we owe it to ourselves. Together we must all ensure that Lady Justice stands tall and strong.

For more information, you can visit: 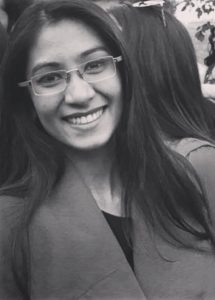 Saumya Singh has done Master’s in International Relations and Politics from Jawaharlal Nehru University, New Delhi. She is passionate about writing on the condition of womanhood in the subcontinent and probing international issues. She is also an avid reader, debater, and food enthusiast.