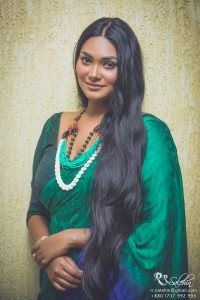 “Only prostitutes wear such attire.”

“She is so vocal, what a shameless woman.”

“Girls from good family do not mingle with guys, remember it’s not Bideshi (foreign country)

“Why women will work outside? Work at home.”

Familiar enough? No matter if we are men or women we are habituated stating these to judge anyone from the second gender. Girls of this intercontinental grow up with these notions. Majority of women do not want to take up occupations which require night duties, not because they are weak or unable to do so, but because of “what people will say if they stay out after dark”? Women are taught to suppress their freedom of speech because it is regarded shamelessness if she is vocal about her rights. I even heard one man saying to his wife that “women should live lowering three things – her gaze, her chest, and her voice” as if her spinal cord is bent from birth. In different circumstances, in different scenarios restrictions in women’s mobility and independence are common. The responsive population is protesting through facebook and social media, writing in newspapers, sharing views through seminars and talk shows. Criticisms, as well as awareness, are slowly constructing into something revolutionary. But do we know that by uttering such statements and refraining women from what she wants to do and want to say, is actually beyond moral policing? It is ‘breaching a woman’s constitutional right”.

The constitution of Bangladesh has 11 parts and 153 Articles where Part 3 states the Fundamental Rights of Citizens, which includes men, women and the third gender.

PART III – FUNDAMENTAL RIGHTS have article 26 to article 47 from where I will be discussing a few very important ones which is mandatory for women to be familiar with.

Article 27 talks about Equality before the law.“All citizens are equal before law and are entitled to equal protection of law.”

Whether you are a man, a woman or third gender, you are equal before law. That automatically states you are equal to the law maintaining personnel too.

A few days ago we have witnessed a young woman was deliberately harassed on the label of police questioning in the CNG as she was going somewhere at 2 o clock at night. Moreover, she was videotaped against her will and introduced to the public through live posting at social media without her consent. This incident clearly depicts how the police failed to ensure her psychological, legal, social protection that night and breached her right which is a keynote of the constitution.

After the incident, some You tube and social media reports said that the woman who was harassed by policeman in the name of security checking – was a singer. She had to attend a wedding program and her event ended late. Even if there were no work or valid reason to stay outside at 2.30AM, the police, the law, you, me  – no one have right to refrain movement of a woman on the ground of gender, until and unless she is engaged in any unlawful activity.

28. (3) No citizen shall, on grounds only of religion, race, caste, sex or place of birth be subjected to any disability, liability, restriction or condition with regard to access to any place of public entertainment or resort, or admission to any educational institution.

A few years back I was called as a speaker at a women traveler campaign where many speakers shared their experiences. There one lady shared her experience, something relative to the breach of this article. She is a successful businesswoman, earns by her own and planned for a family tour at Sylhet. For that purpose, she called a hotel for information and booking. After a while, the man on the other end asked her a very awkward question and that was – “Madam, you are asking questions but payment will surely be made by your husband right, let me talk to him instead”. The lady calmly answered that the payment will be made by her personal debit card. Then the statement which came from the man clearly breaches her constitutional right. That was – “I cannot take any booking from a woman for her personal trip, it does not sound modest”.

Though this was an incident from years ago, still this mindset prevails. While judging a woman, we go beyond their personal space and breach their fundamental constitutional rights for which people can be held legally accountable.

This depicts that no police can tell her when to go out, where to go and offense her on the ground of her being a woman going somewhere in a public transport at anytime of the day / night. The policeman clearly breached her constitutional right. Moreover when they were done with their interrogation and the girl asked them to leave her if they are done with checking, the police mocked her “why ? Is anyone waiting for you? You got out from a hotel”. So first you breach her constitutional right and then make verbal abuse. This requires severe punishment beyond the departmental suspension.

Article 36. Freedom of movement:  Subject to any reasonable restrictions imposed by law in the public interest, every citizen shall have the right to move freely throughout Bangladesh, to reside and settle in any place therein and to leave and re-enter Bangladesh.

When a citizen of people’s republic of Bangladesh have no restrictions from the law, if s/he becomes victim of moral policing from the law maintaining agency itself, this is utter shame and a subject to question whether the policeman are even taught anything on constitutional laws or not.

Article 39. Freedom of thought and conscience, and of speech

Sometimes it’s felt that a large part of society is still not ready for women with free thinking. Independence of expressing the opinion is still a subject to social taboo. The girl at the CNG who defended herself from the beginning was vocal about her rights, the policeman could not hold her for long as she was not timid and scared rather she was confident and loud. The suspended policeman even uttered an offensive accusation at the end of the published video. That police said – “Sir she is addicted”, just because she talked, did not fear the armed men and the flashlight on her face.

Not particularly this incident, I personally faced the wrath of being vocal many times. Once a very close friend advised me to stop expressing my thoughts as “most men do not like vocal women, they like submissive ones”. She was being worried for me regarding my marriage and somewhat it’s not her fault that she said it. It is the socialization process and circle we grew in. Here gender role, as well as gender, supported behavioral pattern is also designed and that design is still unchanged.

The proper example of this was the ill way of bullying Journalist Ms. Masuda Bhatti on National Television by Barrister Moinul. The objective was just to play dirty rules to shut her voice on the talk show. But this made him pay rather.

Well ladies, speaking your mind is not a demerit, it’s your constitutional right what you are privileged to practice.

That states clearly that Articles of Part 3 cannot be amended or modified either.

Moral policing is a broad term used to illustrate law enforcement which operates to impose principles. This is a common practice in India, but in Bangladesh to the police want to drag down morality according to their mindset and standards. Maybe the family and social atmosphere of the alleged and suspended policeman taught him that women are fragile and subject to be at home after the sun is down. From his standard point of view, he tried to do moral policing. For the man who denied taking hotel booking from the woman traveler, must be raised in a social environment where he never saw women to take decisions. From his perspective, he judged the woman as “immodest”. This is not tolerable, as well as it’s illegal since we already understood their moral policing might be breaching someone’s fundamental right. Which is more important? To maintain the legal constitutional right or any sort of impractical notion which is immoral according to few people’s dogmas? One is must to abide; another is a must to evade.

There are many ways to ensure accountability of the constitutional laws, such as departmental and legal through which the alleged policemen were suspended. Then there is parliamentary supervision through cabinet and bureaucrats, ombudsman and most importantly the public opinion.

Women in every society, every era was a subject to oppression, violence, and suppression. No one can pull us up if we do not personally stand for our own right. Knowing own rights is one of the best self-defense tactics. I would request all the readers to get hands on our human rights, fundamental rights, constitutional laws through which we can get enlightened as well as we can empower many others around us. I had a little knowledge on this and felt much importance of sharing it with you in hope that you will spread it too. Remember, this is an era where three things make you ascend – 1. Knowledge 2. Voice 3. Unity. Rise and shine.

The writer is a former faculty of private university and currently working on development projects of UNDP with Gen Lab.