I was born in Warsaw, Poland into a family that was heavily marred by the Holocaust. Between 1939 to 1945, Nazis from Germany began their Final Solution, their policy of eradicating over 6 million Jewish men, women, and children. Close to 90% of Poland’s Jewish population was killed during WWII and in particular the Holocaust (from close to 3.4 million Jews living in Poland in 1939, to approximately only 380,000 in 1945). My family only barely and partially survived the mass extermination.

My Grandma joined the Polish Underground Resistance at the age of 17. While fighting the Nazis in the forest of Warsaw, she was captured as a Nazi prisoner of war. My Grandma was jailed for three months in Pawiak, Warsaw. She was savagely beaten and both physically and emotionally tortured.

Grandma was eventually transferred to Ravensbruck, the Nazi’s largest women’s labor concentration camp. Nazi physicians were conducting horrifically unethical and inhuman experiments at Ravensbruck. Grandma was one of a handful of women, one of approximately 87-90.
Nazi test subjects. These women were referred to as, “The Rabbits of Ravensbruck.” The Rabbits were human guinea pigs for the Nazis, who injected their limbs with poisons, shards of glass, and infectious agents to replicated injuries on the front.

On April 29, 1945, the Russian Red Army arrived to “liberate” the concentration camp. On this day, Grandma was gang-raped by Russian Red Army soldiers. This was only a small part of my Grandma’s story. My entire childhood was marked by the stain of the Holocaust. My Grandma’s imprisonment at Ravensbruck was the unspoken trauma that I felt shame and embarrassment regarding. I used to feel it was better to be in an actual Nazi concentration camp than to suffer the daily confinement of the invisible prison that was my Grandma’s memories, trauma, and pain.

From a very early age, I knew that I wanted to be a psychoanalyst and work with people who are traumatized. This was my family’s story and mine as well. I earned my Master’s degree as a social worker and eventually would study at the International Psychoanalytic Association to become a psychoanalytical therapist.

Early in my career, I worked with rape survivors and with survivors of domestic abuse. My Grandma used to say to me, “Wiolunia, you have to understand,” so in my attempts to better understand, I studied human nature from a psychological and cultural, social, historical perspective.

I have worked in the field as a psychoanalyst my entire working life. I cannot imagine myself doing something else as an occupational. I was inspired to become a therapist because of my family’s trauma, the Holocaust, and because of my Grandma’s war-rape experience. As a psychoanalyst, I have gotten extensive psychoanalytic training via The International Psychoanalytic Association. I studied for over ten years to develop a deeper understanding of human nature and motivation, I was also greatly influenced by cultures and travel as well. I always felt that I wanted to travel and see the world. At any chance, I jumped at the opportunity to work with war-rape survivors within the context of their native cultures.

I received my opportunity to travel and work within a refugee camp in Tanzania. While at the camp, I had the opportunity to listen to the experiences of young women residents. These women and girls survived the Rwandan Genocide, along with wartime violence and rape that was a part of this historical event. One young woman shared her narrative about how her family was killed during the genocide by Hutu militias. She herself was captured and was coerced to move to D.R.Congo. Her perpetrator raped and impregnated this young woman. She bore two children. Motivated by the love of her children, she would escape her perpetrator and find refuge with her young children at the Tanzanian camp.

I realized a commonality between my Grandma’s experience and that of this young woman in the Tanzania refugee camp. I saw that both women’s trauma, physical and emotional, were byproducts and consequences of living in patriarchal societies, where women were treated as men’s chattel and their bodies were under men’s jurisdiction. Even living in Europe and to feel safe, I was not free from the fears of being raped. I was not safe because of my womanhood, the very essence that gave me the power was also coveted and brought negative attention. 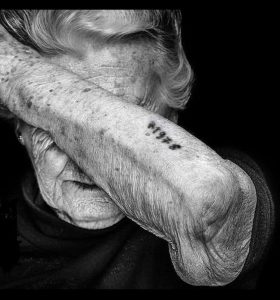 My Grandma’s Holocaust experience was not only her fears related to male aggression, domination, and transgression, and rape, they were mine as well. For many years, I have traveled and listened to the narratives and experiences of women. I have been in many different countries with different cultures, languages, religions, and histories, but the common elements of these women’s situations are essentially the same. Their narratives illustrated how men were invading other communities and countries and how women were the first to suffer at their hands. Regardless of the location; Poland during the Holocaust, Yugoslavia War in the 1990s, Rwanda’s Genocide in 1994, Yazidi extermination, the mineral war in Congo still raging since 1998, Bangladesh’s independence war in 1971 or other places, the outcomes for women are the same.

When I moved to the US, I first settled in New Mexico and a few years later New York. In New York, I joined The Women’s Therapy Institute Center first as a student then as an alumni member. During my training at the Institute, I made the decision that I want to return to Africa and continue to listen to the experiences of war -rape survivors. This is how my project was born. I visited Rwanda and Congo to interview women. I spend time listening, interviewing, and documenting the experiences shared.

In NYC I presented my project on a few occasions while expanding my connections and having the opportunity to work with more war-rape survivors from varying countries. I can say that I was able to listen to the experiences from Rwanda, Congo, Uganda, Guinea, South Africa, Namibia, Tanzania, Kosovo, Zenica, Sarajevo, Borucino, Bangladesh, South Korea, Sudan, Ukraina, Yazidi Women’s, Rohingya Women’s and Burundi survivors. Recently, I started to document the experiences of rape survivors in Poland. As I previously said, these brave women who came from different countries and backgrounds all but shared the same narrative.

I admire the work of the Prize Nobel laureates of 2018 are doing. Dr. Mukwege, a Congolese gynecologist who through the establishment of his Panzi Clinic has worked with the war-survivors for over 30 years. Nadia Murad, who was enslaved by ISIS, escaped her imprisonment and since has fought on the frontlines for Yazidi freedom. I feel that this Nobel Prize was the most meaningful for the war-rape survivors.

People noticed that violence against women is universal and is still happening across the world. War and rape are twins. With the onset of any war activity, so too begins sexual violence against women and girls. Trauma-related to rape is experienced for life. One can try to fight for justice like the “Comfort Women” from South Korea, or be visible as a Birangona woman ( I absolutely adore this story), one can also be vocal as a Nadia Murad, Vasfije Goodman, and Consolle Nishmiwe but will still carry the pain and struggle related to rape. One cannot forget if they are HIV positive after the rape, or have a Fistula or are a mother to a child who was born as a consequence of rape.

Rape is a crime, but it is the only crime in which blame is placed on the victim. Women after rape commonly feel tremendous guilt, shame, and varying degrees of responsibility related to their rape. It does not matter that their assault happened during the war, societies still stigmatize these women. 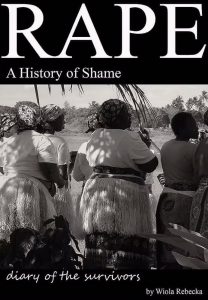 I decided to write the book, “Rape: A History of Shame, Diary of the Survivors,” to share my experience as a therapist who is working with survivors. I decided to show the world the situation of these women and to make a platform for their voices, experiences, and healing to be heard. I strongly believe that women’s unity, the power of speaking out, and the receptiveness regarding their experience can change the world. Evolving from “rape victims” to the “rape survivors” and heroes is creating major social change. Women need each other for support and strength.

As a woman, we have the power to give birth and when we are united, our power is limitless. Maybe I am a dreamer but I believe in doing everything possible to create a better world for the next generations. I believe that to be a woman is an honor, not a burden. I want all women to be proud of this gift. As a psychoanalyst, I would love to build supportive environments for women where rape trauma is not reoccurring happening because of social awareness and accountability, with rapists being punished for their crimes against women and humanity itself.