In Bangladesh, the word “sex” is taboo. Talking about sexuality, sexual preference, healthy sex, and male-female genital is also turned into cultural taboo. It may be awkward but it is their parents’ responsibility to teach their children about sex education. It’s not going to be easy for most Bangladeshi parents to think that children will learn it by themselves.  I want to draw attention to the fact that even though we have some curriculum on reproduction and HIV education but they are taught us by the teacher as it is not important in most cases, they skipped it because they are refraining themselves on the feel of shyness from sexuality education. It aims to promote self-awareness and equitable social norms. Their focus is only no sex before marriage. The focus is on biology instead of relationships or feelings or about practical issues such as where can we get contraception. Sex education is much more important rather than giving them information. It is actually to prevent people from sexually transmitted diseases and highly needed to prepare young people for healthy and happy sexual and reproductive life.

Adolescence is a crucial period for people. During this period, people become curious about themselves, their genitals, and sexuality but they often don’t get information from the right sources. They are unaware and unprepared for the changes that are occurring in their bodies and mind at the time of puberty. That’s why most Bangladeshi teenage girls go through mental trauma when they have their first period, they have been asked by their female family members not to tell anyone, they feel filthy and dirty. Because they didn’t get the information that it is a normal thing for a girl and it is a new step to become a woman.  Adolescents are unaware and unprepared about where, how, and when to seek help.

We are shying away from educating our children. Thus, we are suffering from health and social problems on a wide range.

Your teen requires actual information about sex. Make them aware of risk objectivity, emotional pain, sexually transmitted infections, and unplanned and unwanted pregnancy. Make your teens comfortable and easy going with you so that they feel that it is totally okay to ask about sex whenever he or she wants to know. Let us make it normal, not taboo. By these, we can teach our teenage children about safe sex. There is a plethora of evidence around the globe of different cultures that sex education does not harm children and adolescence. It can create a lot of benefits for teenagers. It does not lead them to early or increased sexual activity. It can build harmony, reality & confidence among girls and boys, and better communication in a relationship.

Parenting and institutional learning about good touch and bad touch can reduce child abuse, lots of children have undergone the trauma of child abuse.

In some” developed” countries modern young generation is taking session before starting a new relationship or getting married on healthy sex. Bangladesh should start this culture at least individual should go for this kind of session. Only in Britain in the last five years, 50 women were recorded dead because of rough sex. That was defined by their male partners as “sex gone wrong”.

Anna Reeds- a British Woman’s body discovered that was in cuts and fractures. Consent is incredibly important. The more alarming thing is marital rape. The women do not even know it is a crime. They think that it is their husband‘s right on their body. The issues on male rape that never reveals because of the mighty definition of manhood. Consent is required if they were educated about sexuality education, they may know that your body doesn’t belong to anyone. One study shows that sudden cardiac attack among men during or right after sex due to excessive sex, Viagra, and other recreational drugs cause death.

Mass age-appropriate sex education is turning into a basic need for Bangladeshi people. Parents need to teach their children age-appropriate sex education so that they can get the right information. It should start from family, teachers, and via psychologist but the government and the NGOs should come forward with agenda. Putting this program will take a long time and effort. Though the issue is culturally prohibited we should not forget it is culture’s pivotal feature that changes over time. We know that Bangladesh is already struggling with plenty of issues. Age-appropriate compulsory sexuality education is essential for all. Parents, teachers, psychologist,s, and the government should take sustainable initiatives to break the ice between you and your children about their problems and curiosity. 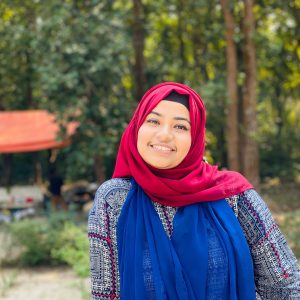 The writer is a student of Anthropology at the University of Dhaka.