“May be There is a Beast, May be It’s Only Us”- William Golding

Incident 1: I have been giving tuition to a student for one and half years. So I go there regularly. Suddenly, Couple months back the security guard  stopped me on the door. He in a rude voice said, ‘Hey you, girl! Where are you going?” I was a bit surprised. I’m short and sometimes because of my size people get miscellaneous.  Still I have been coming here for quite a long time and regularly. So, at first I dint get the reason behind this rigidity. I stared at him and said about my destination and purpose. That didn’t make any difference to his rude approach.  He again in the same voice ordered me, “Stand here”.I’m going to call the family first then I’ll let you go.” This was the time when another gentleman entered. He looked at him and said, “Sir, Wait here beside the reception.” Then he called my students and probably they were not happy by the guard’s behavior. He then said sorry to me and told me that to was his duty only. I didn’t feel like talking so I left the place. When I got to my student she informed me about the story. One of the families of that apartment has gone on vacation. They left their home to a nephew. A girl sometimes comes there to visit him. This offends the norms of society. So now this is the new rule. Everyone is to be interrogated at the gate. Well the gesture is perfectly alright considering the present security condition of our country. But what shocked me was the meaningless rude behavior. That man doesn’t know me. He doesn’t know if I’m guilty of anything or not. But he thinks he can dominate me. He can dictate me at the same time while he is addressing a man as “sir”!

Incident 2: This is a story from a year back. I and my friend were walking. We had been absorbed in our conversation. A rickshaw puller asked me if we wanted to go anywhere. He asked us twice and we said that we weren’t looking for a rickshaw. Then we got back to our conversation. That puller kept asking us and at one point he brought his rickshaw in front of us and started interrogating us! “Hey girls! Where do you live? Tell me your father’s name. Can’t you hear that I’m calling you? Where do you read in?’ This was way too strange. How can he get mad at us and on our decision that we dint want to get on in his rickshaw! How ridiculous is that to get on us about this! 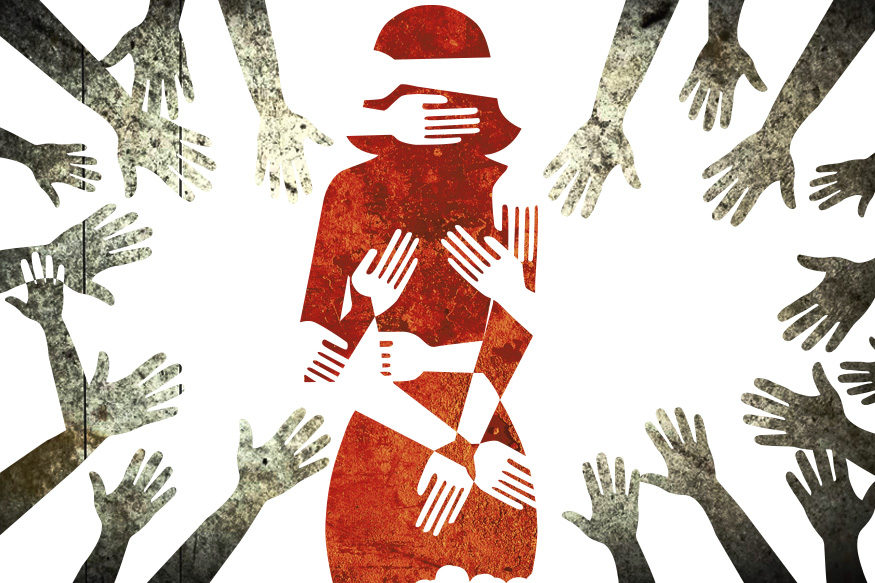 Incident 3: It was during the last Ramadan. I was accompanied but my sister. This gave us mental strength to get into the night coach. A man was sitting beside us. We both are socially awkward people. So it just doesn’t happen that we talk to people randomly in public transport. We fell asleep as soon as we got in our chairs. It was during sehri time we got up and brought out our cell phones. The gentleman beside us was being enthusiastic from the beginning and finally spoke out breaking ice. “You people from this generation, you are too much into your cell phones. You are not into books much. In our times books were our companions…….” Etc. He started to brag about he’s a writer, what he wrote about and all that. Then he went on details about the disastrous effect of cell phones. He went on about how this device is making people altar modern and causing deterioration in young generation…bla bla bla.. Then the man went on saying, “this evil device has increased the rate of divorce. Do you know how? This device has made pornography handier. Everyone is having porn in this thing!” I don’t like to talk to strangers. I avoid advises from people. When a stranger starts talking like this it becomes hard for me to endure that. This was the time I screamed out-“Aren’t you being beneficial to ultra-modernity? Talking to a girl about porn of your own daughters age is quiet a benefit indeed.” I was loud so people around us started giving looks. Finally the gentleman stopped talking. There was a time I used to get surprised when the receptionist in bus counter asked me if I will travel as there is no “ladies seat” available. If I would sit beside a guy in journey. I used to think “why not! What’s wrong travelling beside a guy?” Now I check and recheck the ladies seat. I get calls repeatedly from home “if there’s no one in bus you don’t have to get into even varsity bus.”

Incident 4: It is needless to mention about the “other box” of Facebook. Let’s stop thinking about other box for a moment. Think about the guys we barely know. Even those newly introduced guys think it’s the duty upon the girls to talk to them whenever they wish to chat meaninglessly with them. There was a guy who had reputation for being gentleman in campus. When I flashed some of the screenshots of his dirt’s to some other them were not happy with me anymore. As if it was not wrong being a double standard but wrong to flash that trait. Casual introduction then friend request in Facebook. And somehow they feel that the girls are obligated to accept that. They justify it to use slangs if someone doesn’t feel like accepting the request. I know a lot of girls out there are grateful to Mark Zuckerberg for introducing filter option in Facebook.

Incident 5: It is not new at all being groped in bus lagoon and in other public transports by strangers. The girl who was raped and later killed by the bus driver and helpers “Rapa” here has almost faded. But being a victim of sexual harassment by them has become a universal thing now. In small towns and cities auto drivers are added in that list. Here in small towns people often hear the auto drivers saying – “I don’t like to take women in my vehicle. They are like burden. They take time to pay fare.” Then they start laughing loudly with other passengers. Even women get harassed by the people sitting inside the auto frequently. But among the prevailing perversions I experienced an auto driver forced a sexual predator to get out in the street. He even said –“sister you shouldn’t have spared him this easily. You should’ve hit him.” Trust me these are the people who keep us going with dreams.

These are some experiences gathered from different class of people of this society. Classes are different. But message is the same. All of them despite their social classes feel they have domination over women girls from any social classes. They think they have got the power, the domination over girls by default. This view used to bother me anyway. I started to think about it more deeply when I read the research by Indian researcher Madhumita Pandey. She talked to hundred rapists to understand their psychology. What she learnt was shocking. She found out most of the rapists don’t think it as a crime. She said that rapists are also a part of our society.

This again made me think is it really about the rapist’s psychology only? Do they really have something especially wrong in their genes? IS it something innate that lies within them? Aren’t most people in our society think like that? Then why do most guys for no apparent reason think they have the power to dictate any girl randomly in the street? If it is not that then it was not possible for just a tailor’s assistant to stalk the girl named Risha and then kill her. The increasing rate of rape is alarming. Are genetically perversions causing this increase or because of the lack of initiatives by the society? Or is it just because of the lack of justice? Or is it because of the social norms that people are getting? Is there really a beast or is it only us? Isn’t it already the time to think about that?

The author initially wrote this article in Bengali, which was published in Women Chapter Bengali site on September 17, 2017.

Sadia Rahman is a Masters student at Rajshahi University, Bangladesh. Other than writing, her passions include writing, debating and anchoring.