This is an incredible but painful, true love story of a frail girl after she broke up with her love. The story tells us how a girl Nilanjona was traumatized after she broke up with her lover and how she recovered from having assistance from her kind psychiatrist. It is important to share the pain with a professional and not to impose a stigma on the individual if they are mentally broke. For a girl like Nilanjona, it was essential to seek assistance from a doctor to bring her back to the real world. 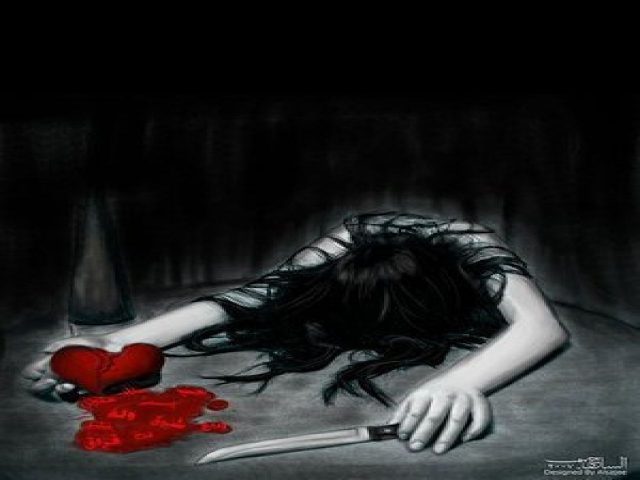 Nilonjona glanced across the white frost outside her balcony. She rested her hands, relaxed on the windowsill, and hummed a heart-breaking Lalon tune.

Whom can I share with what’s on my mind?

My heart and soul knows—

The quiet hum of the morning deafened her ears, her nerves. There is no way she could go on like this. She did not know how she became a Lalon fan, even though she knew only Jibananda Das at heart.

Nilonjona thought of the poem Rhidoy had sent her. “Kuri bochor pore” She did not know the meaning of the verses then. It had a message for Nilonjona, but today she knows that Rhidoy was prepared for this inevitable separation. It had been apparent. Smitten, she did not realize when her heart bonded with Rhidoy’s. She was captivated.

Under a moonlit night, she had lost her lifelong sustenance of incredible individuality. She became one, lost herself under Rhidoy’s breath. Rhidoy came into Nilonjona’s life with a universal expression of love and left in a conventional mode. She couldn’t tolerate this separation. It became excruciating, unbearable, and heart-rending. She began to fall apart. Her faith and hopes were lost, physically and mentally.

She had sat in Dr. Green’s chiropractic office, limp and lost. She could not tell everything to Dr. Green. It was too much to handle.

The chiropractor gently asked, “Do you have any friends?”

She replied, without thinking, “No.”

Dr. Green smiled warmly. “Who said you don’t have any friends? I will listen to everything you have to say. Any time you feel you’re in pain, come to me. We can talk about it.”

It was all very professional. She looked at Dr. Green’s face beneath his glasses. Could she explain her situation to him? Would he ever understand her pain? She questioned in wonder, “Why did he leave me? I thought he was my friend, one who would take part in all my troubles and my happiness.”

Hot tears scorched down Nilonjona’s cheek onto Rhidoy’s photograph. Dr. Green took the photo to put it in a brown envelope. Nilonjona’s question laid hanging for the next session.

In her heart, only one thing worked- no romance, no love, just sorrow. Her heart cried out for a gasp of fresh air. Nilonjona wants to get back to her feet again- a fresh start. She was not in the right frame of mind to weed the thoughts of Rhidoy out. I need to consider all of my options. There are always some imbalances in the world- a sense of imbalance that I cannot change alone—a sense of loneliness.

Rhidoy, I tried to share my thoughts and ideas with you. I thought you were supportive, a friend, a family, and comfort. I tried to tell you what was in my heart, and I trusted you with deep confidence and reliance.

Nilonjona felt scared to die cold and alone. Nevertheless, she could not make a comeback. She wanted to patch up the heart that was smashed to smithereens. Sometimes Nilonjona fell apart, sobbing loudly in her room. Sometimes she walked alone around the niches of Mount Pleasant Road, crying to herself. She paced in silence. She thought to herself. She felt that she needed to change herself.

Rhidoy, you closed the door, but where everyone sees tragedy, I see a tremendous opportunity. This is the gift you had offered me without anything. I do not want to let it go to waste. I’m rectifying this awful situation. Rhidoy, once more, I feel compelled to visit the same old story. The more I tried to be committed to you, my sweetheart, but you took everything more personally. To show my love, I amended all mistakes I had. You always made abrupt decisions, which eventually ended our relationship. But I was still living in my microcosm that I have kept inside of me. I tried to feel for you cordially, but you had always avoided me.

You said, “Nilonjona, you made a great mistake here. Whatever I asked of you, you did it unconditionally. There is your biggest error. I could never be yours, Nilonjona. Do not call me. Do not mail me. Keep out of my life, for you do not have any place in my heart anymore.”

Nilonjona showed her arctic endurance tolerance and felt a stared at Rhidoy’s neatly sculpted face. Nilonjona didn’t blink. She couldn’t believe her eyes. This is not her Rhidoy. Rhidoy’s love and affection were not lies. Rhidoy wasn’t a lie. Nilonjona felt the pain in her calls. She swore to Rhidoy, touching his feet, “I shall never call, write or try to find you. I promise you, Rhidoy.”

Nilonjona had lost her self-worth. She was out of grace. The more she had loved, the more hate she had received. She could not stop herself until she had spoilt her broth. Nilonjona asked Rhidoy how he could do this to her.

She broke her pledge. She had to call him again and again. She had to write letters after letters. She couldn’t possibly live without him. Why did you throw back your love? I can’t even breathe now. I had told you that any meaningful relationship has blizzards, blinding snowstorms, and piercing hails. But how could you ignore the essence of our true connection?

Rhidoy wanted to go back to his own practical world where Nilonjona has no place to in. She felt stunningly obtuse with the thought of Rhidoy not being only for her anymore.

In Rhidoy’s heart, Nilonjona had a special corner. But in this corner, she was only a toy puppet- visible and touchable. Rhidoy played a while with his favorite special toy. Now he had grown up and got back to his senses, his duties, goals, and strategies. Nilonjona was an inexpensive pensive toy that Rhidoy could leave easily. At the end of the day, Rhidoy did not hurt to leave his worn-out puppet in the middle of the grassy field alone.

Rhidoy felt no remorse to express his decision to leave Nilonjona ambiguously without any compassion with a frosty voice.

Nilonjona thought again and again. Rhidoy, I do believe my love life isn’t a dream. It is true. It has happened, and I am still living my past. Now I know I could cry. I could even die, but you would never come back. I came into your life as a source of healing, but you made my heart a dartboard, a place to practice your target. You discorded this relationship rather than healing. You pushed my buttons rather than soothing my emotions. I’m wallowing and wondering… I am living alone in the darkness, wilderness!

I have reached a major turning point, and it is time to make some tough decisions regarding the relationship. I don’t know how I can pass this stressful time. Indeed this is the real test of any relationship. How can I survive through this hectic period? A true friend needs to be able to stick through good AND bad times. Rhidoy, you were always confused. You thought my love was wicked, worthless, and a pack of lies. You set obstacles in a promising relationship. I failed, and I am the biggest failure. But how can you make your lover believe in your love- you do not know. The clue is not to see them as problems but as a unique opportunity. Stability is not easy to come by. But now, everything is up in the air.

I was an open book, readable, and I set the record straight with you. My love and affection drove to you, but you never let it. You never focused on the urge of life, sentimental side.

Rhidoy, haven’t you heard the sweetest little song blowing through the ether? It is only for you. A fragile and sensitive heart is looking at your sad and sunken face. And the point cannot come out of its circle.

No words, no obstacles can hurt her anymore. She is determined with her passion. She is looking at him with more admiration, positive feelings, and thoughts. She let the world know about her love for Rhidoy. The earth, space, and water are singing the song of Nilonjona’s love for Rhidoy.

Nilonjona had been lordly, and the Lord knew that her love is true. God gave me a heavenly drink, and I drank my nectarine until there was none left in the cup. And it made me immortal. Rhidoy, you couldn’t save my love, but my Lord banked it. I am grateful that the Lord has not paled my love.

I am Nilonjona- writing, exploring the essence of color and imagination. This creative expression is not only a means of communication with you but also with myself. I am accomplishing this task in my hard times.

The first-day Nilonjona knew she loved him, Rhidoy had said to Nilonjona, “Do you know you love me? And it is only for yourself.”

Nilonjona was astonished. She felt a shock rushing through her blood. Her heart started pounding. She couldn’t find any reasoning. She was lost in a cold sweat. She couldn’t deny the truth. She really was in love with Rhidoy. It was unspoken, unuttered, but realized and heard. Thoughts of Rhidoy circled her heart, her soul. A piece of Rhidoy’s words became a fair of resonance. She felt the passion in the air. She saw no clouds to grey her love at the time. She was happy. She felt she was illuminated with the sunlight.

Soon it felt too good to be true. She couldn’t love Rhidoy. He wasn’t Nilonjona’s to love. Nilonjona gave birth to an incurable paranoia. It was a cancer of the mind- delusion. Perhaps it would have been better not to realize her love for him.

Knowing she could never have him, she shed cold tears all night. Whenever she saw him, she forgot her pains, and her heart filled with joy to see him. Birds fluttered around her heart, and she flew with them. She forgot about what she is forbidden.

Not to sit on a twig.

Nobody knew her destiny.

When Rhidoy put his hand on her, she felt only warmth. The whole world seemed a lie, and only Rhidoy and his sweet smile was the truth. She kept telling herself that the trustworthy touch was the truth.

Rhidoy never forgot to call Nilonjona through the many hustles of life. From morning to midnight, they talked to each other several times and lost themselves in each other’s love.

Any time she forgot to call, Rhidoy grew sulky. He said that he missed her. He felt the love also.

Nilonjona spent her days with an uncomfortable feeling of loving someone who was not hers. She could not afford so much happiness in her life. She knew someday the clouds would clash, and a storm would come upon her. Like the sky of Niagra, there were thousands of twinkling stars and fireworks then, and now there are none.

The writer is a Doctoral Candidate in Curriculum Studies and Teacher Development Ontario Institute for Studies in Education (OISE)
Research Assistant, University of Toronto. She is also the Founder-President of the Volunteer Association for Bangladesh Canada (VAB-Canada)