Her mother died after giving birth to her, from health complications resulting from female genital mutilation (FGM), Soumayya explains. After that, her father refused to have the practice inflicted on Soumayya and her sisters. In Sudan, where she grew up, FGM is a practice girls are required to undergo at the age of six.

When she was in her 20s, after her father died, she was told that she must get circumcised in order to be married.

“Well, I said, no way. I refused to be circumcised. And so I didn’t marry.”

Instead, Soumayya started a women’s organization, Selima, which advocated an end to this practice. The group ran community education campaigns to inform parents and families of young girls about the damaging health consequences of FGM, organizing protests against the practice, at times keeping 6-year-old girls from their families when the time came for their circumcision.

In 2012, as a result of these activities, Soumayya was arrested and sent to jail. During the months she was in prison, Soumayya was physically abused by prison guards, raped multiple times and became pregnant. During the pregnancy, she was accused of prostitution and sentenced to a beating of 100 strikes by stick, which was carried out in a public square, resulting in the death of the foetus. She was brought to a clinic for treatment, and it was during her stay at the clinic that she managed to escape. She crossed the border into Libya, and from there joined other migrants on a crowded boat heading for Italy, where with the help of smugglers she managed to reach Belgium in 2013.

It was in Belgium that Soumayya was brought to doctors at Constats ASBL, a humanitarian assistance NGO supported by the UN Voluntary Fund for Victims of Torture.

“When Soumayya came to our clinic her body was full of scars from wounds inflicted by the beatings and sexual abuse she had endured,” said Dr Dominique Daniel, a physician at Constats. “She exhibited all the symptoms of somebody suffering from post-traumatic stress syndrome.”

Dr Daniel and other physicians at Constats oversaw Soumayya’s treatment and provided Belgian immigration authorities a medical affidavit to support her asylum request.

It was thanks to Dr Daniel’s support, Soumayya said, that she was able to speak for the first time about the violence and abuse she had suffered – and in the process, began to heal.

“I cannot put into words what it meant for me to be able to open up and share with Dr. Daniel the unspeakable horrors I have gone through,” Soumayya said.

Constats, a team of around twelve doctors and one psychological therapist, provides medical examinations and affidavits to asylum seekers to support their asylum applications. It also refers asylum seekers to rehabilitation centres to ensure extended treatment and offers payment for medicines and transportation costs as needed. With the support of funding from the UN Fund for Victims of Torture, Constats has assisted about 500 asylum seekers who have been subjected to torture in their countries of origin.

Managed by the UN Human Rights Office, the UN Fund for Victims of Torture since its creation in 1981 has awarded financial assistance of over USD 160 million to more than 680 organizations worldwide providing key rehabilitation services to victims of torture and their families. In 2017 alone, through 173 annual grants, nearly 50,000 victims of torture in 75 countries are expected to be assisted thanks to the Fund’s support. 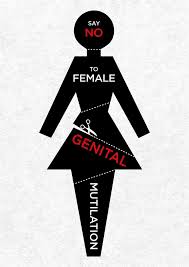 Soumayya has now started another NGO, Selma, a small group of 15 women who provide support to women who are suffering from infections and other health complications as a result of female circumcision.

“This is a practice that is injuring the bodies of women, the bodies of children,” Soumayya said. “Imagine you are six years old, and somebody takes a razor blade and starts cutting your genitals. You are screaming in pain, while your family and the whole village is celebrating.”

Soumayya insists the tradition and ceremony have “nothing written in Islam about this. The family of the circumcised girl receives a lot of money from the guests. So it’s a family business actually.”

In Sudan, statistics indicate that about 87 percent of women and girls between 15 and 49 were circumcised in 2016. Although some states in the country have laws prohibiting female circumcision, a proposed draft for a national law banning the practice is yet to be passed.

Human rights conventions have recognized that FGM is a practice that harms the body and violates the human rights of girls and women and calls on States to protect them from the practice.

At a recent high-level panel discussion organized by the UN Human Rights Office’s Committee on the Elimination of Discrimination against Women (CEDAW), UN Deputy High Commissioner for Human Rights Kate Gilmore urged the Member States to abolish harmful practices including those carried out in the name of tradition.

“To suggest somehow that our cultures depend for their survival on denigration of women and girls is totally unacceptable,” she said. “That is not culture, it is abuse. That is not a practice, that is a violation.  That is not tradition, that is exploitation.”