“Girls and women carry more than babies. Or water. They carry families. They carry businesses. They carry potential. And when we invest in their health, rights and well-being, it creates a positive ripple effect that lifts up entire countries” 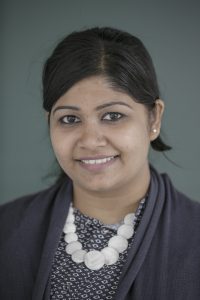 Women in custom and practice always have been remained subordinate to men in almost all aspects of their lives. Most women’s lives remained centered on their traditional roles as child bearer or as in the role of housemaker and they had limited access to the economy, education, and health. Women have been symbolized only to contribute to reproduction and lack of opportunities contributed to high fertility patterns, which diminished family well-being, added into malnourished, poor health children.Women and girls often have limited access and control over resources, obstructing their ability to participate in local economies and value chains.

In Bangladesh, a large part of economic activities embarked by women including household chores, care, and agriculture work remain unaccounted as Gross Domestic Product (GDP) primarily considers goods and services produced for consumption or market. Family members’ attitudes towards a woman who does not have an income are often discriminatory which also occasionally leads to violence. Role of the girls and women play in driving economic growth has not been widely acknowledged in our country.

Centre for Policy Dialogue (CPD) said if the woman’s household works were counted on the basis of willingness to accept method, the contribution would be equivalent to 87.2% of GDP household works were paid, as they spent on an average over seven hours a day in household chores without being paid and economically recognized. Unfortunately, we do not interpret the facts that women can contribute much more than men if they are provided with equal resources.

Empowerment and autonomy of women are indispensable for achieving sustainable development. With the almost equal number of women population compares to man, and having an almost equal number of school enrollment, empowering them economically and socially has not been reached to equity till now in our country. As of Bangladesh Demographic and Health Survey (BDHS) 2014, among currently married women of 15-49 years of age, only 34% reported being employed during the survey or in past 12 months. Several studies suggest, when more women work, economies grow. An increase in female labor force participation or a reduction in the gap between women’s and men’s labor force participation results in faster economic growth. Another study from World Bank shows that increasing the share of household income controlled by women, either through their own earnings or cash transfers, changes spending in ways that benefit children.

“Girls and women carry more than babies. Or water. They carry families. They carry businesses. They carry potential. And when we invest in their health, rights, and well-being, it creates a positive ripple effect that lifts up entire countries” as said by KatjaIversen, CEO, Women Deliver, I also strongly trust that if we can recognize women’s contribution through proper gender inclusion, our  economy would be benefited and give our children a brighter and richer Bangladesh.