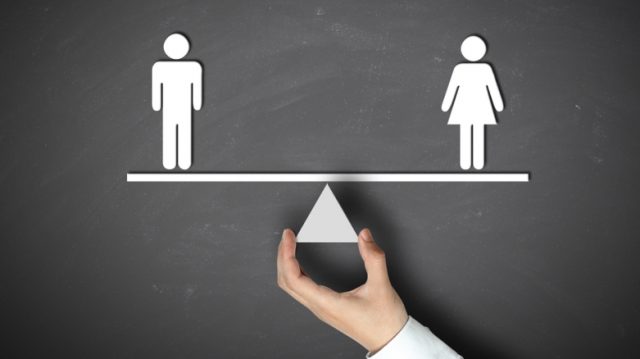 It is a shame that Bangladesh has failed to ensure women’s equal rights in public policies. Not only Bangladesh, but some other Muslim-majority countries are also being the flag bearers of patriarchy. Shariah or religious ideologies are the foundation of some public policies for women in these countries. In a hybrid system of religious and secular public policies, shariah is not dominant, but it plays a significant role in one or more areas of the nation’s legal system. Today, I will discuss few discriminatory public policies in three Asian countries: Bangladesh, Pakistan, and Malaysia. The politicians in these countries are proactively catering to religion-based interest groups. Through translating the politics of religion into public policies, these states are discriminating against women.

Though Bangladeshi women continuously struggle in a patriarchal society, a persistent trend toward empowerment can be recognized through the political empowerment of women, increasing percentage of educated women, a greater number of women’s participation in microfinance, and the contribution of ready-made garment sector workers to industrial development. However, the political empowerment of women did not help reform discriminatory policies against women. Bangladesh had female prime ministers, for many consecutive years. However, they have not bothered to take initiative to ensure an equitable legal system for women. A humiliating and unscientific test like ‘two-finger or ‘virginity test’ to examine rape victims was banned by the Supreme Court only in 2018. Bangladeshi human rights organizations had to fight legal battles for many years to achieve that policy reform. The picture is no different in Pakistan! The first woman prime minister of Pakistan, Benazir Bhutto, did not amend medieval gender-discriminatory policies like Hudood Ordinances during her two terms in office. As politicians in these Muslim-majority countries remain under intense pressure from the religious interest groups and citizens to demonstrate Islamic commitment, they do not want to ensure an equitable legal system for women at the cost of political popularity.

Even though most of the laws in Bangladesh are secular in nature, the policies related to marriage, divorce, guardianship, and inheritance rights are religion-based. In the case of inheritance rights, Islamic law in Bangladesh allows the daughter’s share to be half of each son’s share in the parents’ property. It allows the wife to get a one-eighth share of the deceased husband’s property if the husband leaves children. In contrast, the husband is going to receive one-fourth of his deceased wife’s property. The irony is that the daughters and wives are deprived of even this mere share of inherited property. Hindu law does not even consider a daughter as the heir, and it does not acknowledge a daughter’s inheritance rights. In case of divorce, Islamic law permits mothers to be the ‘custodian’, not the legal guardian. A mother is allowed to keep her son with herself till he is a seven-year-old, and she can keep her daughter till puberty.

In addition, radicalized religious groups have always been a threatening factor for the government of Bangladesh to promote women’s rights in policies and practices. For example, there were several violent protests by Islamists, when the ‘National Women Development Policy of Bangladesh 2011’ stated that equal opportunities of women would be ensured in property. Islamic leaders denounced this policy as a sacrilege attempt to violate the Muslim law of inheritance.  However, later, the government assured them that the policy did not imply any change in ‘Muslim inheritance law’.

In Malaysia, the ‘Islamic family law’ act requires a woman to have her guardian’s consent to marry (regardless of her age) while men have no similar requirement. The law denies a wife her right to alimony if she “unreasonably refuses to obey the lawful wishes or commands of her husband.” According to the ‘Hudud law’ in Pakistan, women were subjected to punishments if medical examination or pregnancy proved that they had sexual intercourse without being married. It was nearly impossible to prove a rapist’s guilt without his verbal confession and four Muslim men’s statement as eyewitness who were present in the crime scene.

When I see some women from Muslim-majority countries defend gender-discriminatory public policies in the name of preserving religious values, they remind me of prisoners who have been locked up for so long that they forget how the light outside looks like. When few rebels like us raise our voices against the systemic gender discrimination which uses religion as a tool, we are considered as “traitors” and “bad Muslim women” who badmouth their country and religion. However, the so-called “patriots” will turn blind eyes to the oppression against women, because it is easier to brag about the cultural heritage than talking about introducing reforms to the social and legal system of the country. 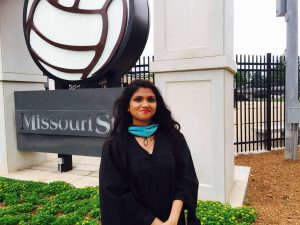 Farzana Sharmin Surovi, a feminist researcher and creative writer, was born and brought up in Dhaka, Bangladesh. After completing her bachelor’s degree in public administration from the University of Dhaka, she went to the United States to pursue higher education. In 2017, Farzana obtained her master’s degree in public administration with a concentration in public policy from Missouri State University. Currently, she is working toward her Ph.D. in political science at Northern Illinois University, where her first field is comparative politics and her second field is public administration. In addition, Farzana has been teaching a public policy class at NIU. Her primary research interests are representative bureaucracy, gender policy in South Asia, and Islamization as a social and policy change. When Farzana is not busy writing academic papers or teaching, she writes short stories and poems in Bangla. Her short stories have been published in several anthologies and literary magazines. “Writing is my magic broom to be a witch against misogyny,” Farzana says. “That is how I express my passion to write for a cause!”