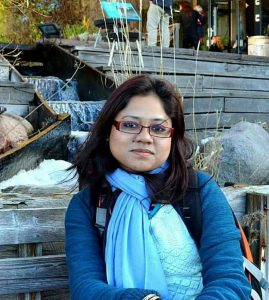 Prosecute, judge, punish: we do it all. We do it every day. We do it to everybody. And one might say, we do it pretty well. Only, we don’t do it the way it ought to be done. We do not make the effort to fact-check. We do not take the time to ponder. We do not wait to underside both sides of the story. No. we don’t have so much time. We are so pissed at our courts for taking so much time in delivering judgments, if not justice. so we do not want to copycat that judicial mistake our courts do: take time. And really, what is the necessity, right? I mean, the courts follow centuries-old laws whereas we enjoy 4G data on our cell phones. Courts need black and white written laws, whereas all we need is our social media feed and a click. Yes, Facebook did what no court of law and no law school succeeded to do: it turned all of us judges.

So we do not tarry to declare that a wife must be gang-raped in daylight because the husband committed suicide. The wife must be hanged till dead because she demanded her dower because she had an extramarital affair. Let’s not bother that the husband might have been suffering from mental illness, that in our patriarchal judgmental society, the poor soul could not seek the necessary medical help he might have required.  To consider these issues, that’s a lawyer’s job, and who doesn’t know that a lawyer is actually a liar! The lawyer will dig deep to show how having an extramarital affair does not amount to incitement or instigation to commit suicide, that without instigation or incitement law does not punish a third party in a suicide case. The lawyer will also look into the interpretation of legal scholars on dower, whether the amount could have been settled otherwise, whether equity could have made any change in the amount. The lawyer would also tell us, that in the case of adultery, the law only accuses the boyfriend, the ‘adulterous’ wife is not even made a party to the case! No need for audi alteram partem.

Because we do not need to know the law. We need only to judge.

So we do not think that the ICT laws and the digital security laws of Bangladesh should apply here. That not only the so-called atheist bloggers and journalists should fall under this law, but every Facebook user who is commenting that Mitu must be hanged, that she is characterless, that she is worse than a whore and ought to be raped can be prosecuted. We do not even presume that all the doctors and other friends who came down on streets holding a banner and giving slogans that Mitu and her parents should be hanged are actually violating not only their medical law of Hippocratic oath but the penal laws of Bangladesh and can be arrested.  We believe in mob justice, and that does not come in a textbook.

Because ignorance is bliss.  It is because ‘Hercules’ did not read law in a textbook that s/he can successfully pull off the vigilante justice. Thank God s/he did not pick the name Batman. Had Hercules knew the law, s/he would know that killing someone without letting them defend themselves, even if that be the worst criminal in human history, is extrajudicial killing. That is not justice, because the killed person stood no chance.

The readers must hate me by now. Did those rapists give a chance to their victims, you ask. Of course not. And that is why Hercules is no better than them. Hercules is proving that Might is Right, so when the rapist has the power they rape and kill, and when Hercules has the power s/he kills. They are all the same.

And where does all this zeal for justice come to us? We must partially thank the increased religiosity that is blessing us by increasing our blindness to reason. Thank the preachers in Friday prayers who cannot make one single sermon without damning the woman, who choose to talk about the beauty of the woman and her shameless exhibitionism over talking about bribery, treachery, dishonesty. I haven’t heard one such sermon till now. Thank the people who hail the imams for promoting misogyny who don’t hesitate to lynch another imam who dared to stop child marriage.

We must thank the society that outraged because the education board accommodates one Ricky’s religious regulations by allowing him to write his board exam after sundown, while the same education board denies burkha clad pupils in the classroom. Throw away the system. Attack Ricky online, abuse his religion, make fun that he must not get a job because he can’t work on Saturdays. Don’t stop there. Abuse other religions as well. The mob is power. And only power is justice. Care not that law forbids discrimination on grounds of religion and also allows affirmative action. These users will never be charged under cyber laws.

Thank the society that teaches mothers must be respected but wives can be beaten. For in that society a child grows up hearing how he must respect his mother but sees how his father and grandparents insult his mother every passing moment. A child’s brain can handle only so much contradiction, and so the child grows up knowing that dominating a woman, that she must wield power only by becoming a mother to a son and dominate her daughter in law to have her share of authority.  Because power wins. We need not to know a woman demand respect simply because she is a human being.

It is also in that society we learn that we must show off power if we have it. So we must not hesitate to falsely accuse a university teacher and imprison him because his father in law has the power to do so.

And all this is good. Because you see, we crave justice. So we change the definition of justice to our convenience. Let us put a blindfold like Lady Justice, become Lady Macbeth, and silence the legal system that gives equal chance to both accused and the victim, which says let a criminal go free but don’t wrongly punish an innocent.

*Arpeeta Shams Mizan is a socio-legal analyst. She teaches at the University of Dhaka and facilitates iProbono (UK) in Bangladesh.

“This write up was originally published in Daily Our Times on 5 February 2019.“