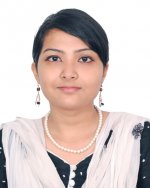 I will be criticized frantically and intensely for not glorifying motherhood the way most people want. I think it is a heavenly feeling and gives women more strength than before. It gives a pleasant texture in the completeness of life. We need our own people or blood to lead a meaningful life and this occurs by having offspring. But here in my writing, I will define motherhood in a different way.

In this article, I will talk about how mothers are criticized, shunned, debased, and demoralized by the other female groups (even by other mothers) or people as a whole. Secondly, I will not resist myself from commenting on the previous generation mothers who leave no stone unturned in order to prove the new generation mothers as failures. Thirdly, there will be discussions about how some female aged gynecologists of this country demoralize new mothers in their own way with no mercy and no objective of consultation. This I am saying because I have discussed with two to three gynecologists during my complications and got no inspiration regarding my health or my postpartum condition rather they sort of rebuked me for being dramatic! I am sure there are wonderful doctors who are very skilled in doing deliveries even with pregnancy complications and are very kind towards pregnant women at the hospital. I would like to emphasize on the mental health of the new mothers that can be improved way faster with proper consultation regarding lactation, sleepless nights, colic babies and baby blues.

Fourthly, there will be advice or recommendations regarding the attitudes of the husbands towards their wives after birthing a child. This one is crucial and the most important one in the process of making the journey of motherhood a little easier and enjoyable. In this article, there will be discussions on the unequal practices of overburdening the wife with the principal duties of a child and causing a very unhealthy mental state of the mother. Now let me start with the dos and don’ts suggestions/tantrums by others in the process of motherhood and the slings and arrows of confusing advice or recommendations for becoming a perfect mother in the eyes of the society.

Everybody will get concerned only for the newborn right away after birth irrespective of thinking the physical condition of normal delivery or cesarean mother. People get good post-operative service from the family and relatives after any major surgery except C-section delivery. This surgery in this country is considered as very expected and customary thing hence most new mothers hesitate to share the heavy pain in the pelvic stomach and the whole body. There remains the bad effect of anesthesia after the C-section along with heavy bleeding up to 6 weeks or more.

The family members get completely busy with the baby with no one to ask about the mother and her feelings. The hospital staffs, nurses, doctors are also in most cases unaware of the great support a mother might need after this laborious process of birthing a human both in normal delivery or C-section delivery. I have some friends living in Canada and the USA where they had very different experiences. It shocked me to some extent when my friend living abroad shared the gesture the nurse and hospital officials showed after her delivery. I remember her saying how her nurse came to visit her at home for two weeks after delivery to ensure two things. One of them was to know if she was feeling okay and the other part was if she needed any help regarding the breastfeeding process which is one of the toughest jobs for a mother. The nurse counseled her saying: “Do not stress out too much because you will come out of this soon and you are doing great as a mommy”. Imagine how precious the words were for which my friend exactly quoted those to me. My friend even pointed out how the neighbors and people there hold this viewpoint and encourage a mother no matter what. I couldn’t stop myself from being emotional hearing this as I thought back to the times when I had to listen to a lot of bad words just for not knowing some small things regarding feeding the baby or putting the baby to sleep. I know a lot of mothers going through a lot by bearing all squeaky and crude words for raising the toddler in her own ways or for showing signs of stress and exhaustion.

Here in Bangladesh, after delivery, the people, relatives, nurses just force or make it a rush for the new and sick mother to get up and handle the baby. Then most of the acquaintances will start saying- “you have become a mother and even your health is not important than your baby”. The words are so frustrating and scary. Some other valiant mothers would come to advise how they used to breastfeed so well and how their breasts produced an ample amount of milk to prove them as goddess mothers. This creates a sense of failure on the new mother whereas it is all about position and timing. I plead to you goddess mothers that please stop humiliating the new mothers this way. Read articles, books, online pdf on breastfeeding and lactation and get a life of your own!! The new mother should consult with a lactation specialist who is actually the need of the hour.

Now moving on to the next category of mother’s weakness which accounts to be another worn-out challenging phase- where the mother has to remain wide awake with the newborn for several months night after night. When I had to stay in my in-laws’ house with my three months old toddler and used to sleep long hours in the morning due to sleepless nights, I had to bathe myself in criticism. The common dialogue to ramble around me was “new mothers are not allowed to sleep longer because it is normal to keep awake the whole night for the baby”. Really! Aren’t new mothers in the category of normal human species?

At this phase, the husband has to play an active role by discussing with other family members strongly about the importance of the sound sleep of the mother. Somebody in the morning can take care of the baby so that the overtired mother can take rest, bathe and freshen up. For the cesarean mothers, due to the operation and the anesthesia, the whole body experiences excruciating pain for at least 10 days. The new mother can be served some hot herbal tea along with a hot oil massage that helps to heal the pain internally and externally.

A mother might have to leave her job, study or career, her passion, the dream for the betterment of the toddler. Do not dishearten her by commenting that she cannot rejoin anywhere to pursue her dreams or to earn for better living. It the wisest gesture to encourage her by assuring her that this time will pass and she will get the chance to stand on her feet firmly again. Through these little encouragements, the mother will feel less restless and empty due to postpartum difficulties. Postpartum care is very necessary for a mother in order to ensure no physical or mental harm to the mother and even the baby. So instead of debating over the issues of who is a good mother based on the method of delivery i:e normal delivery or C-section, it is our sensible duty to motivate or help the mother with kind brave words. Instead of judging the glorification of motherhood over the issue of putting diapers on the baby or not, let us make an effort to ease her pain and create a positive environment for enjoying motherhood. It is my plead to the old generation mothers to not smack and pummel the new mothers with mean words for choosing to use diapers on the baby at night so that the baby does not wet the bed after every hour or two. You cannot vent on waves of anger on other mothers for having a little easier life just because you didn’t have diapers back then and had to wash the ‘kathas’ all by yourself.

I do not appreciate the height of the glorification of motherhood to such extent where a woman feels the immense pressure of meeting the standards of a superwoman or super mother.

The writer is teaching English literature at a private university.