After Nazma Begum came back to Bangladesh as a dead body from Saudi Arabia, people are angry and expressing themselves on Facebook. The main motto of their reactions is Saudi Arabia, the behavior of real Muslims, Islam, free sex in Arab and spending money on Hajj, etc. After hinting at various things and throwing criticism towards the religion that Saudi Arabia has been following, all these enlightening ground-breaking writing ends saying some horrible things about Prophets.

These are the ones who once became extremely happy as their favorite political party won the power and make the Saudi labor market broader, their Govt. Made so many negotiations to create a labor place in Saudi Arabia for women.

Neither Saudi Arabia has not taken our girls from home forcefully nor the news of women harassment in Arab is new to us. It was a matter of almost one decade. Those using slangs are also aware of this fact. Even they also know that if Govt. Wants, it will stop immediately.

Thus, before anyone pointing fingers on their favorite party, maybe they are doing these things in order to divert everyone’s attention in another way.

For these hypocritical people, with the help of the government of Bangladesh Saudi Arabia will take women workers in the discriminatory system and make them work without food, they will make them work with low wages or without wages as well as will fulfill their sexual desire. And in the end, they will return them as dead bodies. Or those girls will commit suicide after all these intolerable tortures to get rid of it. Though everyone is not supporting the ruling party, the government is for everyone.

After that incident, as an ordinary citizen, the question arises in my mind, why and how a government gets through this without accountability?  How does a Labour and Employment Minister still eat, enjoy ministerial duty and fall asleep?

An Indonesian woman was sentenced to death after killing a Saudi citizen. After that, it revealed for the first time how female helping hands are being tortured and the news went viral. Then countries like Indonesia, Srilanka, Philippines investigated the actual incident and stopped sending their females in Saudi. The Philippines said publically, “we can not let our women get raped.”

“From 2016 to last June, 311 dead bodies of women migrant workers have been brought into Bangladesh from the Middle east. Most of them have come from Saudi Arabia. The most terrible thing is 53 of them have committed suicide. More than doubled, 120 has died from stroke and 56 by accident. Most of them are from 20 to 40 age group.”- Pratham Alo

None of this news is unknown to the government. Deductively, some of them thought, these girls are lying in order to come back to their home. Actually everything is fine.

Then what about Nazma’s dead body??

Now the fact is why women are going after knowing all these things? How their families are letting them go?

In Bangladesh, there is a shortage of helping hand in their own house. Even in a middle-class family, they either assign a full time helping hand or a part-time one.

Even in buildings, schools, colleges, hospitals and in some commercial buildings, there are a lot of jobs of cleaning for women.

Then who are taking them to get molested by showing the greed of only 800 Saudi riyals? Who is even patronizing them?

Before calling the Saudis brutal, and sexual abusers, let us think about why we are letting our girls go? Why the government is not stopping this?

Link to the original article: https://womenchapter.com/views/32347? 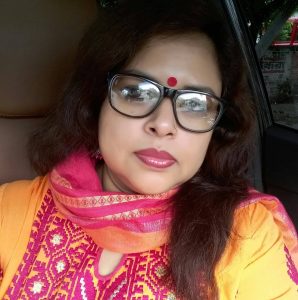 Salma Luna is a social worker and a passionate writer, who has a keen interest in politics and people. She has an academic background in Physics & Political Science.