Fatima was from a village of Jaghoori District of Ghazni, Afghanistan never got the chance to go to school, because going to school was considered as taboo even prior to the Taliban came to power. Taliban banned all types of public movement for women and girls including going to school, however after 2001 the situation improved to a great extent. Fatima’s family did not allow her to go to school in order for her to be considered as a good girl as society expected. Fatima got engaged and her fiancé was an educated man who was working with judiciary department of the district. A day before Fatima’s death one of my friends saw her in the district office. Fatima told her she had come to district office to find out if the district judiciary department could do anything to stop her fiancé to not call off the engagement, because calling off engagement or getting divorced is a big deal especially in rural areas and it puts women in  very vulnerable situations, because they are fully dependent on men financially. Divorce or breaking off an engagement is associated with social stigma and most often it is the girls and women who are blamed for what has gone wrong in their marriage or engagement.

Fatima’s engagement was being called off and the only reason her fiancé provided was her weight; her not being thin and beautiful according to him. The shame associated with weight and body put Fatima in a very vulnerable position and as a result, her engagement was canceled.

Body shaming is negatively judging someone based on their physical appearance, size and shape of anyone’s body which lead to low self-esteem, anger, self-harm or anxiety. Typically, people are body shamed when they are overweight or underweight or don’t fit society’s view of “thin and beautiful”. Our culture loves the ideology of a perfect body, whether it be in print, movies, television, or online, seeing someone who doesn’t fit the mold isn’t considered acceptable to some. Women and girls are routinely criticized about their appearance and fat-shaming is a fairly regular cultural phenomenon.

No one knows what district official told her that day. She left district office that day and ended her life. She hung herself to a tree with a rope. As a result of body-shaming, her engagement was called off and when she could not do anything to stop it, she ended her life. Nobody ever knew how much she had been traumatized by society, relatives, friends, and family.

People thought she committed suicide and maybe there was something wrong with her, but it was a murder by an oppressive fiancé who blamed her for her body and called off the engagement. Women and girls like Fatima die silently and system and society are so cruel towards them. Nobody comes to know why and how they were killed and there are no media to reflect such voices.

The writers wholly contain the liability of the views expressed in their write-ups. 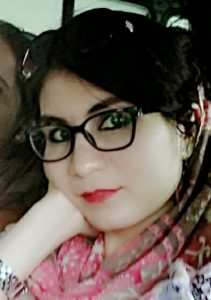