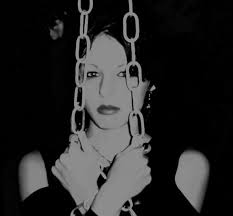 Shusmita Preetha: Happy International Women’s Day!” I cry excitedly to the first woman I meet in the morning: our cook, Shefali, as she brings a steaming cup of tea for me. She smiles indulgently, but doesn’t answer. Instead, noticing the lavender saree in my hands that I’m planning to wear, she asks if I need help in ironing it. “No, no,” I stutter, suddenly aware that, for her, the day bears very little meaning. To her, who has had to support her whole family with her meager earnings by working 14-hour shifts 7 days a week, who has had to live through a violent marriage, no doubt my “celebration” seems like the extravagance of the privileged. As I think about the many programmes that have been organised all over the city to commemorate this grand occasion, I wonder how many of them would actually be accessible to her, and how alienated she might feel were she to go.

And yet, isn’t she the woman in the women’s movement?

This women’s day, as we look back upon the tremendous strides we have made over the decades and aspire for an even more radical future, perhaps it’s time that we take a moment to deconstruct who we even mean by “we” when we talk about a collective movement; we need to identify and acknowledge the multiple hierarchies that exist among us and the ways in which they shape our understanding and priorities of the movement. For women we might all be, but equal we are certainly not.

If we were to go to some of these Women’s Day events, we could well come to the conclusion that the women’s movement in Bangladesh has remained, despite many efforts, an elite movement, consisting of upper-middle class heterosexual women who, at best, have spoken for the “downtrodden”, rather than with them. No doubt, this is a reductive categorisation of a movement that is bigger than you and me, bigger than the women’s rights activists we see on TV and rallies, bigger than flash mobs and NGO empowerment programmes. But even though we can argue that the women’s movement in Bangladesh is inseparable from the garment workers in Savar marching steadfastly on the road to neoliberal “freedom”, the landless women in Shatkhira struggling to establish their rights over khas land, or adivasi girls in the Hill Tracts challenging a patriarchal militarised state, the question remains: who, if anyone, gets to decide the ‘agenda’ of this intangible thing called the women’s movement and through what processes? Whose voices are heard, and whose voices silenced? Who speaks on whose behalf, and what are the implications of such appropriations?

Development interventions, with “gender” as a crosscutting theme, have now become all the rage in Bangladesh, with NGOs focusing on women’s empowerment as a prerequisite for sustainable development. You might well ask: “Isn’t there so much focus on poor women? How much more inclusivity can you ask for?”

It’s true that the image of the poor woman from the villages of Bangladesh, a victim of poverty, domestic violence and natural disasters, has now become emblematic of the ‘Third World Woman’ in international development and UN and human rights discourses. Constituted as a monolithic victim of oppression, she has become the symbolic entity driving the multi-billion dollar NGO industrial complex and human rights regime. Meanwhile, these forceful “inclusions” continue to ignore, or conceal, the ways in which the Third World Woman is herself configured and reconfigured through transnational processes, including colonialism and neoliberalism. Interventions to rescue her from her plight do not address the underlying causes of her oppression, but rather provides band-aid solutions that do not, in the end, challenge the existing structures of power. Despite the seductive promises of ‘participatory’ development, she remains the object rather than the subject of such interventions, with experts making top-down decisions about how she can best lead her life. Even when she gets to have a say, it is within a highly structured, hierarchical process where her demands are always already circumscribed.

Since the 1990s, the women’s movement has become progressively NGOised, with women’s rights increasingly understood and articulated within a neoliberal framework. Not surprisingly, it has had, at best, an ambivalent relationship regarding the women working in the garments sector. We have championed garment workers as harbingers of women’s empowerment in the country, but we have fallen short of providing sustained critiques of a capitalist structure where her “choice” – the marker of her ‘empowerment’ – is limited to the choice to starve to death or choice to work under inhumane and exploitative conditions.

In the wake of structural murders of thousands of Tazreen and Rana plaza workers, how vocal or active was the mainstream women’s movement? Beyond a handful of rallies, press releases and relief work, women’s groups remained largely missing from discussions or mobilisations in regards to changes in Labour Law and on the question of trade union rights.

The mainstream women’s movement has also not been as receptive when it comes to the demands of LGBTQ groups and sex workers, choosing to shy away from dealing explicitly with sexuality either for strategic or ideological reasons. It is unfortunate that many self-proclaimed progressive feminists and gender practitioners still hold on to homophobic conceptions that alienate and marginalise those who do not identify as ‘straight’. In addition, the systemic oppression of minority women, especially adivasi women and girls, need to be included in the mainstream agenda, not as an after-thought, but as a central issue in the conversation and praxis of women’s emancipation.

The women’s movement, much like the category ‘women’, is not a homogenous entity; it consists of diverse voices, ideologies and praxis.

Some may say that bringing up the issue of “difference” does a disservice to the feminist agenda, and that if we fight for all women, then surely, marginalised groups would also benefit from the gains. An overarching feminist agenda that subsumes  differences and ignores how class, dis/ability, sexuality, ethnicity and other axes of oppression mediate our experiences of patriarchy can end up furthering the interests of only a priviledged few, producing and reproducing the very hierarchies that we wish to dismantle.

We must not forget, as the black feminist Audre Lorde once said, “It is not our differences that divide us; it is our inability to recognise, accept, and celebrate those differences.”

Shusmita Preetha, an activist and journalist.