What was she wearing?

What time did it happen?

Why was she out so late?

Why was she hanging out alone anyway?

Did she seduce or provoke him in any way? 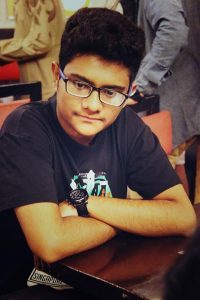 These are only a handful of the questions asked by a startling number of people when a rape case emerges. This is only an excerpt from the typical interrogation that rape victims are charged with, even when the details of their abuse come to be known. To some people, these questions matter more than delivering justice to the rapists who perpetrated the crime—to such people, the girls’ modesty is more relevant than their molestation.

To any rational person with an inkling of empathy, on the other hand, this “interrogation” of rape victims is nothing short of ludicrous and revolting. It should seem utterly and disgustingly misplaced in the 21st century—an age that is supposed to be governed by reason, compassion, and logical ethics, an age that is supposed to be marked by social progress and where human rights and dignity is expected to stay relevant.

Despairingly, victim-shaming has been prevalent all throughout history and remains so even in present times. But as humanity progresses beyond superstitions, taboos, and naïve notions about sexuality and gender, the practice of blaming people for getting raped should be clear on its way to getting abolished—except that it’s not. In some placed and communities in Bangladesh, victim-blaming is the norm.

There has been a sudden and disheartening uptick of sexual assault in recent times. Two men raped a couple of young women in a hotel in Banani, Dhaka, while their driver and another man stood by and recorded the event. In another case, eight-year-old Ayesha Akhter’s attempted sexual assault case and the lack of governmental effort to bring justice to the culprits drove her father to commit suicide along with her at a railway station. Sexual assault has also been noted to occur in madrassas and religious schools as well, as teachers exploit their students. Even in a place that is supposed to be bastion of safety and security—police stations—a female police officer was raped by her male colleague.

In the wake of such atrocities, social media has seen a rise in comments from Bengalis shifting the blame to the victims instead of pursuing justice for the rapists. It is unnervingly commonplace to see remarks such as “She shouldn’t have been out that late by herself” or “More modesty could have prevented this, this didn’t happen for no reason.” Yes, these comments are disturbing, but the more relevant conclusion we have to grasp from this is that many, many people in Bangladesh still think this way. Such primitive, abusive mindsets have not dissipated into history—they not only still exist, they flourish and thrive in some Bangladeshi communities and families. They are promoted through conservative social beliefs, taboos, and teachings.

Yes, attention should be given to victims. The kind of attention a victim deserves—caring, protection, rehabilitation. They should be taught that in spite of the abuse they have been subjected to, they have and always will have the power to rise up and lead normal lives if they can rouse the bravery within themselves. They should be reminded that the only way the soulful light inside can be crushed is if they allow it to be crushed.

They should be taught that they are courageous and noble for remaining strong through such trauma.

They should be taught that they are not to blame for what happened to them, and that such an act will not go unpunished.

They should be taught that by not allowing this event to crush their spirits, they are setting a valiant example for other victims and survivors, and sending a message that rape does not render a person forever hopeless and helpless.

However, what rape victims often face is the stark opposite of the reception they should be getting. They are treated to a barrage of questions, demanding to know what they wore, how they behaved, what they were doing there, and more. They are subjected to harsh and demeaning interrogations, probing into the rape case as if they were the perpetrators instead of the victims.

Such interrogations should not and cannot be normalized. They only perpetuate the myth that rape can be blamed on its victim, and that sexual assault can be prevented by what women wear. (If that was the case in reality, then rape wouldn’t be so prevalent in countries where women are forced to wear “modest” clothing like burkas—yet, it still is.) Asking such derogatory questions only pushes us further back from combating the rape crisis.

The burden should be placed on the shoulders of the rapists. The ones perpetrating and contributing to the crime should be the ones jailed and punished for it—no one else. It’s preposterous to suggest that sexual assault can be pinned on the person who’s assaulted, rather than the ones at the forefront of committing the assault.

This should be crystal-clear to anyone with any understanding of how human dignity and freedom works. In fact, I’m surprised that I even have to write this. And not just surprised, either—I’m genuinely disappointed that the people of my country have turned their backs on reason and rationalism, and instead followed superstitious taboos into darkness.

Adeeb Chowdhury  is a fan of writing, researching, and debating, focusing mostly on social issues, human rights, and global affairs. His multiplicity of interests include Model UN, international matters, and science, and his writings have been published on sites such as the Women Chapter, Mukto-Mona, Shuddashar Magazine, The Bangladeshi Humanist, BornoMala News, and more.