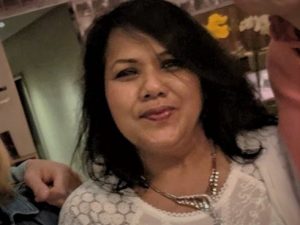 “I disapprove of what you say, but I will defend to the death your right to say it.” Evelyn Beatrice Hall, a friend of Voltaire, wrote this phrase as an illustration of Voltaire’s beliefs. This sort of practice of freedom of expression is missing in Bangladesh. There is a zero-tolerance policy present against the opposition or who have a difference of opinion on socio-political issues. Abrar was tortured to death by the student wing of the ruling party because he shared his opinion on social media, which was different from the torturers.

I read this story in the business standard news, the real story of police calling by the goons, and the administration’s role: The violence on Abrar lasted for long 6 hours of beating inside the dormitory room. The goons planned to handover him to police, and the local police came, but police did not take any action on this issue as they are told, the problems can be managed by students themselves. “A total of 24 to 25 Chhatra League activists beat up Abrar that night in turns. They stopped when the victim vomited blood. After that, the torturers got no response from Abrar as he lost sense.”

Unfortunately, they all are our bright children. Nevertheless, they were used by political power, and now they turned as criminals. For their actions, we lost an innocent and brilliant child-like Abrar. Engaging themselves in violence and killing Abrar is a huge loss for the parents and the country.

We need to think critically, why they did so, what provoked them for killing and torturing their peers, and what are the environments in Bangladesh schools and dormitories. I believe these students are the victims of Bangladesh politics. They are used by the ruling political parties and so-called frail BUET authority, including police administration. These students became monsters throughout the aggressive political culture of Bangladesh. So, they closed their books and became greedy and powermongers.

These student leaders and associates are engaged in crimes for the past few decades. Furthermore, torture cell use by the leading party students inside the dormitory is unbelievable and unacceptable. The fact is, the country leader, opposition, students, teachers, parents, BUET administration including police administration knew about the torturing practice and did not take any action. If teachers and administration are involved in politics and unethical use of power, then, how students can be sitting around.

The listed alleged students are almost the same age as Abrar, 20-21 years old. I am considering these all students are brilliant and came from a good family background. I believe there are many more deviated students in BUET (like this group of 25) and other educational institutions. These talented students came to an elite institution like BUET to build up their careers. However, they were attracted by the political parties; and they were nurtured and financed by the political power, police, and the university administration.

Furthermore, the past story tells that the student goons building process and using them in politics are not only practiced in BUET recently, but this sort of gang building process is also present in all tertiary educational institutions. These student leaders and associates are engaged in crimes for the past few decades. And torture cell use by the leading party students inside the dormitory is unbelievable and unacceptable.

It raises many questions of how did the BUET teachers could allow continuing such illegal activities on the school campus and dormitory? And why the ruling party leader knowingly did not take any action on the corrupted student leaders who are working for the ruling party and using academic institutions as their political platforms. The leader must know what associates are doing at the grassroots level.

The fact is, the country leader, opposition, students, teachers, (most of the parents had a general idea about school environments from their children), BUET administration including police administration knew about the torturing practice, bullying new students but did not take any action. If teachers and administration are involved in politics and unethical use of power, then, how students can be sitting around. A faulty political practice is destroying youth groups, the future generations of Bangladesh. Therefore, it is time to abolish/ban student politics including teacher politics in all educational institutions of Bangladesh.

The government can consider this as urgency and take a critical approach to this issue to create an example for the opposition. This banning approach and commitment to the nation will help to build a bright youth group, who will be known as mentally educated and well-mannered future generations of Bangladesh. And these brilliant students will dedicate themselves to the nation and the global world.

We all are hurt about Abrar Fahad, a brilliant BUET student’s brutal death. We condemn this egregious display of hatred and violence and plea for justice. “We have a moral duty to care for others, and this is a duty but not an option”; did we teach this ethic to our children/students ay home and school? We know conflicts are inevitable, and we can agree or disagree with others. However, we must respond to conflicts through logic/rational thinking, not violence. We also can argue, is caring for others, primarily the responsibility of the state, institutions, families, or individuals?

Thus, I urge to honorable Prime Minister of Bangladesh to lend her hands for peacebuilding in Bangladesh and help students to go back to the study table and not to engage them in party politics to be monsters, millions of Frankenstein. And I believe you can do that for the sake of the country. Peace!

The writer is a Doctoral Candidate in Curriculum Studies and Teacher Development, Ontario Institute for Studies in Education (OSIE) and Research Assistant. Currently, she is working on peace and conflict resolution through science at University of Toronto. [email protected]

A Bangladeshi undergraduate student killed in his dormitory on Sunday days after criticizing the government online was beaten for several hours before he died. Several members of the Bangladesh Chhatra League (BCL) – the youth wing of the governing Awami League party – were detained in connection with the death. (Source: BBC)