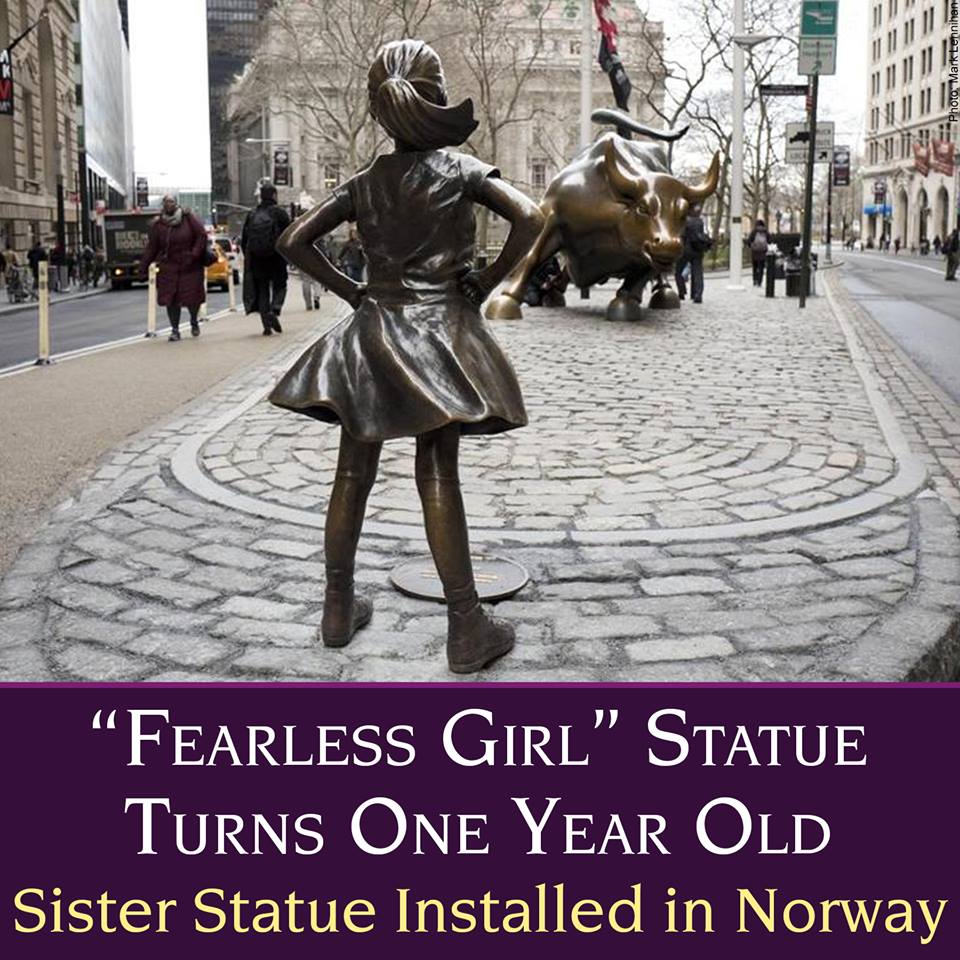 The wildly popular “Fearless Girl” statue recently turned one year old since its installation on March 7, 2017. In speaking about the impact of the small bronze girl boldly staring down a raging bull, Representative Carolyn Maloney said at an event: “The Fearless Girl inspires all of us to realize the power we have in ourselves, the power that women and young girls have everywhere. She was created to bring attention to the courage and unrealized power of women in so many fields — and she has clearly struck a nerve.”

Created by sculptor Kristen Visbal, “Fearless Girl” was commissioned by the financial firm State Street Global Advisors in honor of last year’s International Women’s Day. The statue was part of its campaign to encourage companies to add more women to their corporate boards and to celebrate “the power of women in leadership and the potential of the next generation of women leaders.” With locals and tourists alike flocking to take pictures with the statue, the firm said that the public response to “Fearless Girl” has been “overwhelming”. Many young girls, in particular, have been eagerly posing for pictures with the statue, mimicking the girl’s defiant pose.

The statue was originally intended to be a temporary installation, lasting for only a few weeks; however, due to its tremendous popularity, it was given a year-long reprieve to stay in its current location. The future of the statue is currently unknown but city officials expect to make an announcement “very soon” and stated that they are working to “determine a permanent solution to keep Fearless Girl in New York City.” There’s no question that this little statue has had a powerful impact, so much so that a replica “Fearless Girl” was installed in front of Norway’s legislative building in Oslo this week. Visbal, its creator, was thrilled, exclaiming: “I’m really excited that we have a piece on the other side of the world that’s sending this message of diversity.”