The most asked question of current time seems to be ‘Why are young people being drawn to terrorism, why are intelligent people being radicalized at this rate?’ Well, if you asked me why I secretly joined a student wing of Jama’at-e-Islami, a radical Islamist political party in Bangladesh at the age of fifteen, completely ignoring the values my family wished to teach me, I’d be better able to answer your question. 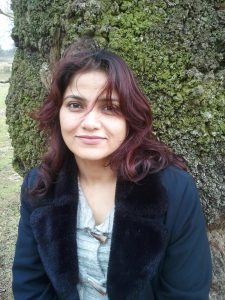 I was encouraged by my private tutor to join this group, but how he managed to persuade me to go against my family values to join an extremist political party at such an early age needs an elaborate explanation.

This private tutor was literally the very first person to acknowledge that I was an intelligent young girl. He took the time to read my poems, and advise me on how to write better. He arranged for my first poem to be published in a national newspaper. He made me feel I was capable of doing great things, unlike anyone else had ever done. I felt special and worthy around him because he praised me more than criticized. And the result could have been devastating because when he invited me to attend a Jama’at-e-Islami conference advising me to keep it a secret, I saw nothing wrong in it. He was my hero, and I was prepared to jump into the fire at his bidding.

The problem partly lies in patents’ failing to notice their children’s hidden talents as well as their desire to be acknowledged and appreciated. When children start opening windows in their minds, parents or family members should be the first to take a look and appreciate what’s inside. If an outsider gets there first, they will have the advantage of guiding the youngster whichever way they want. Moreover, young people need a good role model around, someone who guides them as well appreciates them.

Like many other countries, there are ongoing researches in the UK about radicalization, in order to identify the reasons and finds ways to combat it.  When young people, and even families, started migrating to Syria to take part in the so-called ‘Jihad’, there rose cries of concern. Strategies were developed, policies were made, debates and discussions took place in talk shows – all with the aim to find a solution to the problem and the first step was to find the reasons. Were those reasons only religious, or social as well?

Radicalization is a process in which a person goes from one state of mind to another in relation to his religious or political beliefs. This happens in a few stages- firstly, holding a firm religious or political belief; then, having a desire to go to the extent of using violence in establishing those beliefs; finally, taking a physical step to fulfill those desires.  This is a long process which doesn’t happen overnight, and while someone goes through this process, parents or family members usually remain totally unaware of their mental journey or what’s actually happening in their life.

In the UK, those who work with young people must do a course called ‘Prevent Radicalization’. As I teach young people, I’ve also had to do this course. I hope the government of Bangladesh will take some similar steps. Already a video is being circulated online and in digital media to create awareness about this issue which is good to see, but it’s nowhere near good enough.

I believe everyone who works in an educational or any other institute involving children or young people should be provided with a training course which will better equip them to identify early signs of radicalization. It’s not easy to identify these signs, but the training courses which are based on researches and case studies are quite effective.

The course I did had a few examples from real life which helped me to better understand the reasons why young people may choose the path of terrorism. Loneliness during the teenage transition period, wanting to find the true meaning of life, falling a victim to certain political or religious groups or online radicalization, desire to bring social and economic justice in the world, desire to become important, or simply seeking excitement can be reasons behind being prone to radicalization.

I learnt that being religious or wearing a hijab doesn’t necessarily mean a young man or woman has become or is becoming radicalized. Rather, a sudden change in mood and behaviour, spending too much time alone or online, expressing strong views against a particular culture or religion can be early signs of radicalization and if young people show any of these signs it should be looked into.

Recently the parents and teachers of an arrested terrorist in Bangladesh expressed their shock after learning what he had been up to. According to them, he was a good boy who hardly looked anyone in the eye, kept quiet most of the time, was quite pious and studious. I see no reason to be shocked as this boy displayed almost all the signs of radicalization. Why would a young boy remain so quiet and withdrawn unless he had some secrets to hide? He might not have expressed strong views against other cultures to his parents, but they had no way of knowing what he was expressing in social media.

Many have expressed surprise that the terrorists who perpetrated the attack in a Gulshan restaurant belonged to English medium education system instead of madrasa. Recently I have learnt from reading a research paper on this issue that more young people are recruited in terrorism through friends and relatives than by mosques. I think this is what has happened in this case.

In this age of globalization, parents are as behind and unskilled with technology as their children are advanced and adept. Most parents have no idea what children can get up to on the internet. If they don’t know what their children are doing, who they are mixing with, it is only expected that they will remain unaware of their children’s going through the process of radicalization.

I have recently managed to anger some people by referring to ISIS’s taking recourse to certain verses in the Quran that encourage violence against nonbelievers for the sake of establishing Islamic rule. If you have read the Quran, you will know which lines I am talking about and therefore I will not go into the trouble of quoting them. Every time I refer to these lines, I end up angering someone, and in most cases I get a response like ‘Well, I haven’t read those lines, and I am no expert in these things but I am sure those are being misinterpreted.’

If that is the case, I would say, ‘Why not read and try to understand rather than defending those lines blindly?’   Please make it a point to have regular discussions of the teachings of Islam and Quran in your family, and if you are confident that those lines preach peace and not violence, then please endeavour to teach your children the correct meanings so that some Islamist militant group can’t use those lines to brainwash them taking advantage of their ignorance later in life. If the responsibility of religious studies is left to a paid miasab, the outcomes are most likely to be undesirable, even disastrous as we’ve already seen.

If you are getting agitated by these comments, I would like to assure you that my aim is not to attack anyone or start an argument, but only to help combat terrorism. Hindu or Muslim, believer or non-believer, we all must work together to fight the evil of terrorism.

It might sound unbelievable, but I was able to return from the verge of becoming radicalized by virtue of my hobby of reading poetry. When I used to listen to enticing and provoking speeches at ‘Islami Chatri Shongstha’ meetings during the day and read poems with messages like ‘humanity is above everything’ or ‘there’s no heaven or hell except for in the human mind’ at night, I used to feel torn between the two schools, but finally humanity won, and I was saved.  I feel children who are introduced to art, culture and literature from an early age will be difficult to brainwash, because they will ask the right questions at the right time.

Once a colleague asked me why I always bring up the issue of child development in each of my articles. That’s because I think the answers to most problems lie in proper child development. Parents must make it a point to spend a lot of time with their children from a very early age; they must talk about things and share their children’s wonder about the beautiful world around them; they must make an effort to learn and understand more about the changing world their children are growing up in. They must be friends with their children; praise more than criticize; reward more than punish. Besides providing for them and being physically affectionate, try to be emotionally available as well; try to understand and appreciate their thoughts and feelings as they grow into young adults.

I am not a qualified doctor of the disease called radicalization so I shouldn’t be prescribing medication, but based on my personal experiences, I would like to take the liberty of saying that children whose parents are their best friends can’t be radicalized.