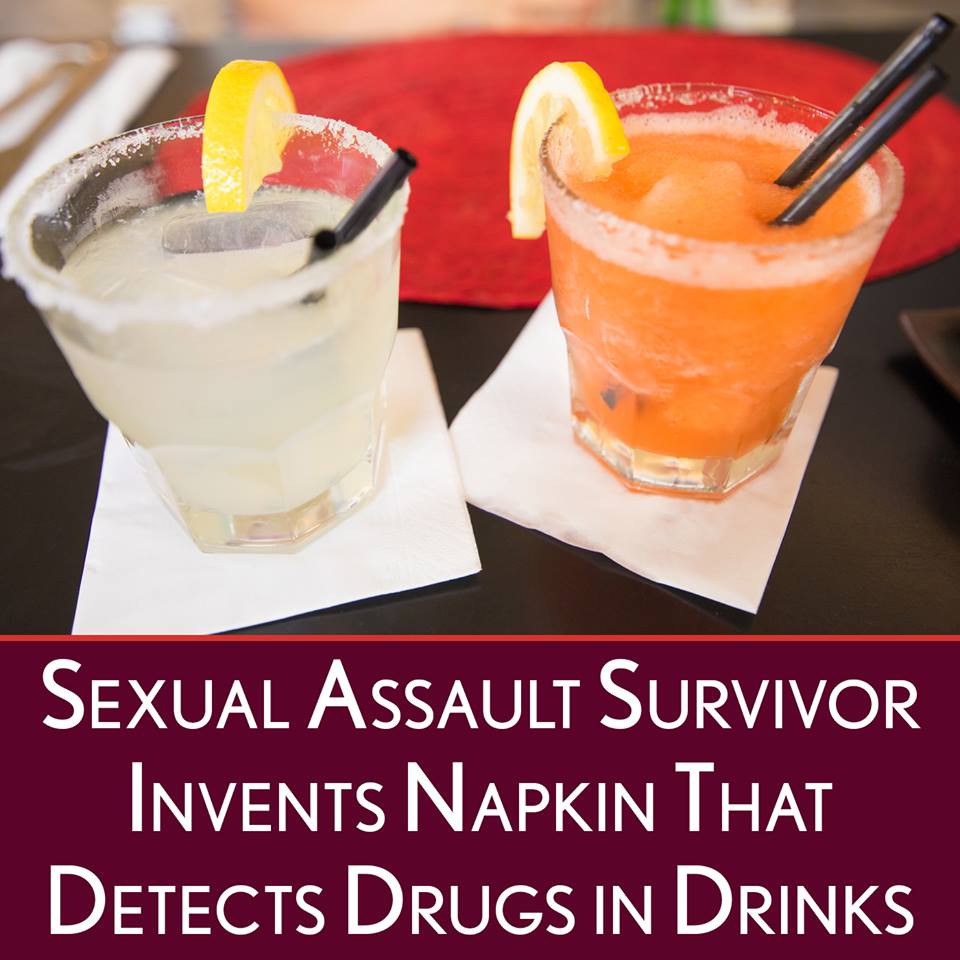 Motivated by her own traumatic experience, a college student has invented a napkin that can detect if a drink has been drugged that she hopes will reduce the incidence of drug-facilitated sexual assault. Danya Sherman, a junior at George Washington University, came up with the idea for KnoNap after she was drugged and sexually assaulted while studying abroad in Spain two years ago. Her invention looks and feels like a regular napkin but can detect 26 drugs, including the ones used most frequently in drug-related assaults. Sherman says that preventing date rape and drug-facilitated sexual assault are issues that she and her team “are really passionate about, and are tirelessly working to improve because we believe everyone deserves to be in power and be in the know.”

Spiking drinks in a widespread problem, particularly on college campuses; in a 2016 study, 1 in 13 college students reported having been drugged or suspected they had been drugged. While there have been proposals for other drug detection devices, ranging from straws to nail polish, only one is currently on the market, a drug detection coaster which detects two drugs. In addition to her product’s capacity to test many more drugs, Sherman believes that the fact that napkins are common everywhere makes them a more discreet option, and, as a result, more likely that people will use them. “We wanted to create a product that could be seamlessly integrated into any social setting,” she explains. “Napkins are easily carried around in either a pocket, a purse, so they’re very portable and can be taken anywhere, so if you’re uncomfortable, you can take it out and use it at your discretion.”

While it’s still under development, Sherman plans to make her napkin commercially available by the end of the year. KnoNap recently won the Audience Choice Award at the GW New Venture competition and has received support from a business incubator; she also plans to run a Kickstarter later this year to raise additional funds. As for her long-term goals for her invention, Sherman says, “What I hope my company is able to push for is social change, greater awareness of the issue, but at the end of the day, empower individuals to be safer so that no one else has to say ‘me too.’”