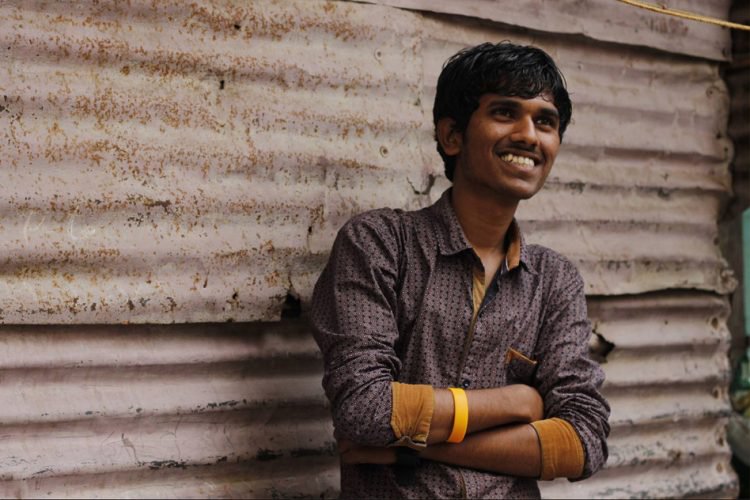 “I am Shivraj. I’m 21 years old and I reside in Premnagar, Pune. Like many others in India, I live in a community where street sexual harassment, domestic violence and child marriages are not just social evils but everyday realities. I was known as a ‘Chhapri’ or ‘Tapori’ (hooligan) who stands in the chowk. It was normal for me to use at least one swear word in every sentence. Unfortunately, even the way I looked at girls wasn’t nice. When a girl passed by, my friends and I would whistle. She would bow her head and keep walking, not reacting. Her silence encouraged us further. I was clueless about how much this troubled them.

Now I am a totally changed person. Thanks to Equal Community Foundation (ECF).

6 years ago(as of February 2017), as I was hanging out in the chowk with my friends, a man in his early twenties walked up to us and invited us to attend a session for a programme which works with teenage boys. I decided to give it a go, sure that I could always get out if it was boring. I was wrong. I liked the session so much that I’ve been a part of the programme ever since and that man is my mentor today. 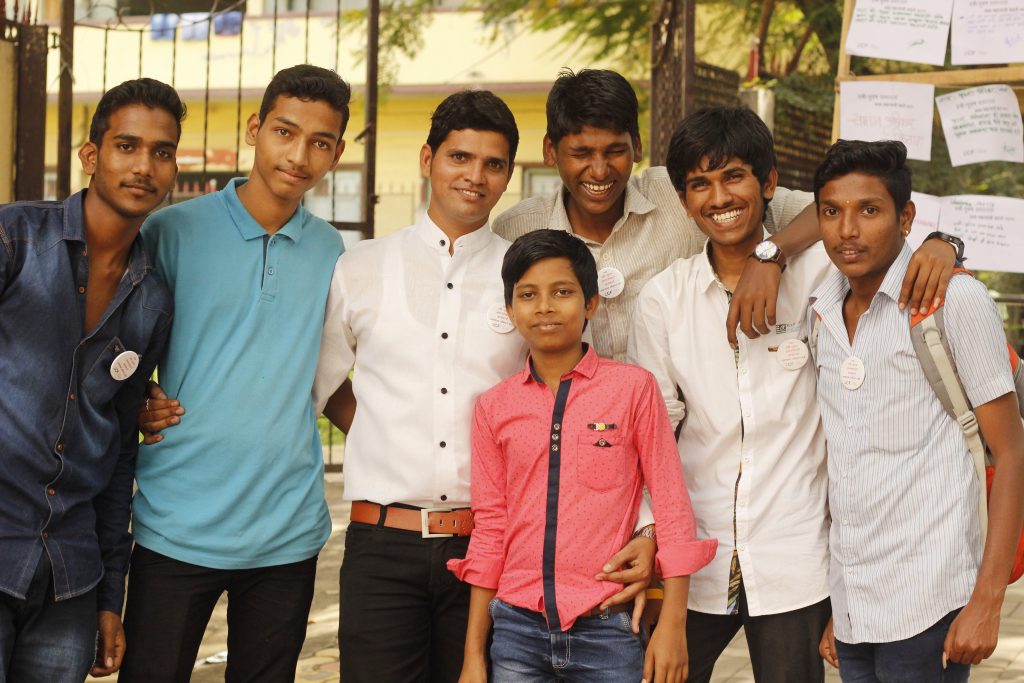 The session was a part of ECF’s Action for Equality programme which engages young men between the ages of 13 to 17 years to prevent violence and discrimination against women. As a participant, I reflected on the lives that were intimately interwoven with mine, but which I had never consciously thought about – women’s lives. Earlier, I was never at home – I used to come home from school and loiter at the chowk. I used to sneak into my house at midnight. I would watch TV and not talk to anyone. I didn’t respect my sister. Ramesh Sir (my mentor) and Action for Equality sessions made me question my attitude towards women.

I’ve been a part of Equal Community Foundation’s programme from then to eliminate violence and discrimination against women from my community and hopefully, the world. Challenging unjust gender norms outside has meant challenging the patriarchy that resides inside me. Here’s my story of how I challenged myself to be a gender equitable man.

Our first task was to list women’s daily chores. From filling water, cleaning vessels, going out for work, getting vegetables – the list was endless. I was stunned! In a day, I just go to college and come back exhausted, but never estimated how tired the women in my life must be. To make matters worse, I get holidays, they never do; when we’re home, we ask for ‘special food’. I decided to share responsibilities too. Now I go to the grocery store, clean vegetables, cut them, make my own bed and fill water.

When I teased women, I didn’t realise it was sexual harassment. For us, it was simply ‘fun’. When my mentor, Ramesh sir, told us how it affects women, I started regretting my behaviour. When I teased girls, they would complain to their parents and instead of scolding us, their parents discontinued their education and made them sit at home. While I went to school and college, girls my age were denied their right to education. I felt horrible that they had to leave school because of us sexually harassing them.  So, from then on, I’ve stopped teasing girls.

What really brought me to my senses was when Ramesh sir asked what I would do if someone teased my sister. Immediately, I answered, “I’ll take some boys along and beat up that boy.” That would mean: when I teased a girl, her brother would be right to hit me. Ramesh sir asked, “Is this cycle of violence okay with you?” To me, it wasn’t. That is when I decided to change my behaviour.

Another sad reality in my community is child marriages. While I go to college, most girls in my neighbourhood are already married or are about to get married. When I tried talking to their parents, they almost always said, “Our daughter will get married soon, so why to waste money on their education?” I wanted to change this mentality. Parents are really suspicious of their own daughters. What if she runs away with the ‘wrong boy’? So, I want parents to trust their daughters. If they do, then there will be no need for girls to drop out and get married early.

If we empower women to take a stand, that they can tell their parents that they aren’t a burden, that they can earn and support themselves, then there’s a better chance that the parents will listen to them. I support women who stand up for themselves.

Today, I’m a volunteer leader for gender equality in my community- which means that I mobilise my family, friends, neighbours to talk about and take a stand for a more gender equal world. Along with my peers, I perform street plays on subjects such as dowry, domestic violence, addiction and women’s rights to raise awareness. Mostly women come to watch our plays – they request for more performances. They ask me to take up new subjects each time, they want to see issues that affect their life. They go home and discuss these plays with their husbands and sons.

Things at home are changing too. Once, my father was restless when he came home. That day, the curry didn’t have salt. Annoyed, he started shouting at my mother. That’s when I stood up and told him to stop. I asked him to be calm because these mistakes happen. I asked him to take the salt himself. Surprised, he relaxed and apologised. From that day, he’s a little more friendly with us and with my mother. I told him everything that Ramesh Sir told me about how hard women work. That left him stunned too. Earlier, my mother used to get up alone at 7 and do everything. Now, he gets up early and fills water with her. I like that.

More men need to be a part of this programme and reflect on their behaviour. As future citizens, we need to question how we behave with the women in our lives and we should respect their freedom and choices.”

Hundreds of other young men like Shivraj are passionately working to challenge violence and discrimination against women in their own communities with ECF’s Action for Equality programme in Pune. To find out more, you can visit their website or write to them at [email protected]

About Action for Equality programme

Action for Equality (AFE) is a community-led programme by Equal Community Foundation, that systematically changes the way a community raises boys aged 12-17 so that boys develop gender equitable and non-violent attitudes and behaviours. This shift in boys’ attitudes and behaviours is achieved by building their knowledge and skills and helping them reflect on violence and discrimination in their own lives. The programme engages boys themselves and the key influences on young men—that is male peer groups, male leaders and parents.

Reproduced from: The Logical Indian.

The article was originally published by the Logical Indian on February 27, 2017.