Christina Moreno, founder and CEO of She Matters shared on social media, her experience of participating in the  Free a Girl‘s #LockMeUp campaign on 18th of May

Today I’m participating in the Free a Girl‘s #LockMeUp campaign at Zandvoort, the Netherlands.

What does this mean? For 12 hours I’m locked in a cage of 1 by 2 meters to create awareness about forced prostitution among girls. These cages symbolise the ones in brothels in India where young girls are being held captive and forced into prostitution. During the 12 hours, I’ll be given a bowl of rice to eat and water.

For me, this campaign was an opportunity to raise awareness of refugee girls around the world who are being forced into prostitution.

In Bangladesh’s refugee camps, for instance, Rohingya girls are being bought, sold and given away. In Europe, some are being lured into brothels with the promise of good jobs, only to be forced into prostitution. It’s a moment to reflect on the problem, and hopefully, be part of the solution.

How can you help? Please take moment to donate here: https://www.lockmeup.nl/deelnemers/christina-moreno/

Christina Moreno is the founder and CEO of She Matters. An international lawyer and communications professional by training, she works toward the social and economic empowerment of refugee and migrant women and girls, offering them the support they need to inform their own solutions and drive their own development.

Christina believes in the power of empowering women and girls to transform our world. Today, we know that their empowerment is the key to economic growth, political stability and social transformation. And with women and children representing almost half of any refugee and migrant population worldwide, they are among those most in need of empowerment and support.

Christina recently worked as a legal associate and head of communications at an international legal partnership, which specialises in on the ground international humanitarian law and human rights issues in conflict-affected and high-risk areas of the world. She was also previously with HiiL Innovating Justice where she worked to improve access to justice across the globe.

During her legal studies, Christina interned with Prakken d’Oliveira Human Rights Lawyers (formerly Böhler Advocaten), and the United Nations at the International Criminal Tribunal for the former Yugoslavia (ICTY), where she worked with the Office of the Prosecutor on the criminal trial of Ratko Mladić.

In 2017, Christina was selected as a Thomson Reuter’s Foundation Trust Conference Scholar  for her work on women’s empowerment, and was named among the top ten ‘Persons to Watch in 2018 for Justice Innovation’  by HiiL’s Innovating Justice Accelerator. She has also published and spoken on various topics relating to international law. 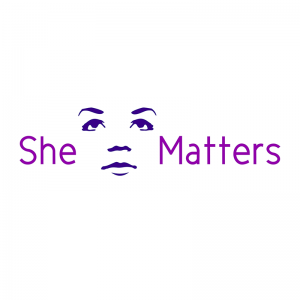 She Matters empowers refugee and migrant women to build their social and economic capital, boost their self-confidence as well as become leaders in their homes, businesses, and communities.