A boy child killed his molester and wrote on the TV screen “stop raping children” after being molested by him for days after days.

And he told the police, “He is a rapist, so what if I killed him?”

We usually watch these incidents on Hindi crime shows. But the incident that I am talking about happened in Bangladesh, not in India. Now let us keep thinking about the extent to which men of our country became sexually unstable, the level of humanity has gone down so much that they are not even excluding a boy child and forcing him to be a murderer!

Those who are being murdered in this massacre, can we think of it just as a murder? I don’t think so. There is also a kind of sexual perversion in lynching a girl/woman. After killing the person, the killers share laughter over discussing where they touched the person and how much they touched. And they also abuse the person with filthiest words while beating her. It also happens with men at times.

It will be incorrect to call this massacre just only a murder. This is also some sort of sexual perversion. How far do you think it is possible to move forward with a sick generation which is growing up with a culture of patriarchal, sexual perversion?

Have you ever thought about where our main problem lies? Can the next incident be prevented from occurring just by killing the rapist in a crossfire? Is it so? Not really.

As long the dominant system of religion-based education is not challenged, the textbooks will not have lessons about sex education, proper enforcement of the law will not be done, healthy cultural education will not develop, and we will not be spared from such incidents.

Every school is growing like a chicken farm, there are no playgrounds. The teachers only insist on schoolwork and reluctant to show that the world is much bigger, and there are many ways of entertainment besides education.

The same situation prevails in the households, with no scope for playing, no friends and no entertainment. Children are not learning to share due to a decline in the number of joint families. And madrasah education is another issue altogether. If we look at the lives of those with the perspective of humanity, we can understand their situations.

When a child grows up in an unfriendly environment with no sources for entertainment, then due to natural instincts, he/she runs after what his body and mind think as an entertainment. And he/she does it at any cost. These people do not understand or think that reading books, singing, reciting, playing games can be healthy addictions, can be sources of entertainment or means of survival. 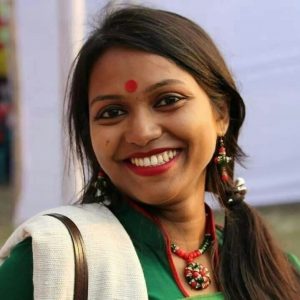 Shifat Bannya is actively involved in poetry recitation and acting and passionate about writing. An MBA degree holder, she is currently pursuing LLB.

The articles reflect the personal/political views of the writers.