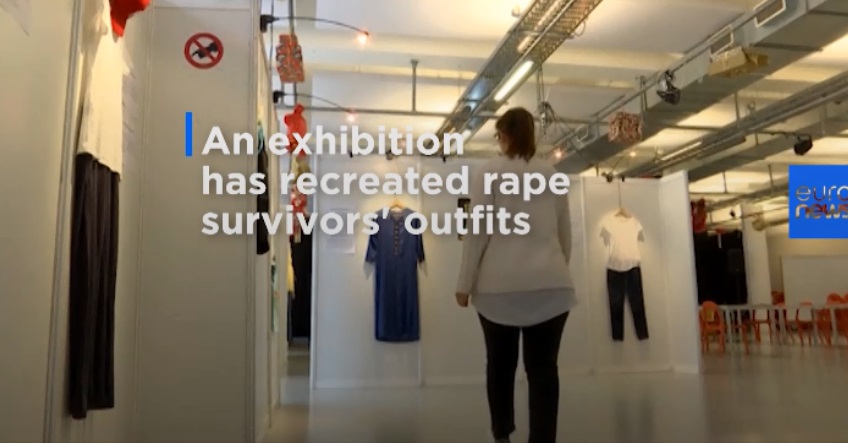 An exhibition in Brussels has recreated outfits worn by people on the day they were raped in a bid to end the myth that choices of clothing can incite sexual attacks.

Among the 18 outfits featured in the Molenbeek district exhibition are a child’s red dress, a police uniform and a man’s jeans and t-shirt.

The exhibition, titled ‘What Were You Wearing?’, was inspired by a project created by students at the University of Kansas.

Delphine Goossens, a worker in prevention services in the Belgian capital, took the original testimonies of student rape victims from the Kansas exhibition and translated them into Dutch and French to display alongside the outfits. 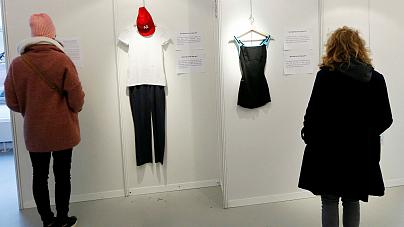 Goossens told Euronews she organized the exhibit as a “tangible response to one of our most pervasive rape culture myths.”

“The belief that clothing or what someone’s wearing ‘causes’ rape is extremely damaging for survivors. This installation allows participants to see themselves reflected in not only the outfits but also in the experiences of the survivors,” she explained.

Among the clothes on display is a My Little Pony t-shirt.

“My favorite t-shirt, but I don’t remember what pants I was wearing. I remember being so confused and just wanting to leave my brother’s room and go back to watching my cartoons,” said the testimony next to it.

“I had been working out, so shorts and a large t-shirt, I guess. I’m sure I smelled bad, I even remember thinking that… think about how bad I must smell. Because I needed to think about anything but what was happening to me,” said another, next to a t-shirt and shorts.

Goossens said she hoped the exhibition would make people think about “all the stereotypes about raping”.

“We still tell our young girls to pay attention to what they are wearing but we still do not teach our boys to not abuse. We would like people to understand that every woman can wear what they want; they shouldn’t be attacked. That’s what the exhibition shows: no outfit prevents rape.”

The exhibition, which will be on display until Saturday at the Molenbeek Maritime Community Centre, has already had a powerful effect on many people.

“It leaves a big impact to see all these clothes, that it can happen to anyone, anytime, anywhere,” said Liesbet Verboven on a recent visit.

“I hope it can change the mindset of people that blame the victims of violence and rapes,” she added.

According to information accompanying the display, 56 percent of Belgians know of at least one person who has been a victim of sexual violence, while one out of four women have experienced physical harassment in public spaces.

Some 215,000 violent sexual crimes were recorded by police in the European Union in 2015, a third of which were rapes.