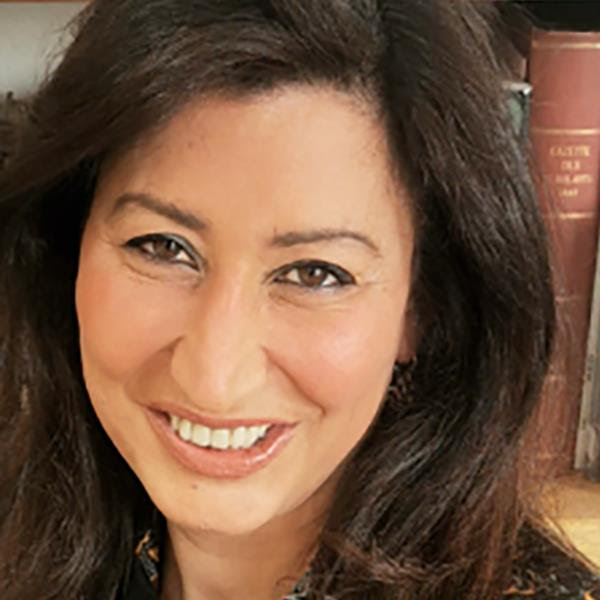 “We are calling for women prisoners to be freed. We need to stand together and say ‘free the prisoners’. We need international organizations to join with us in calling for their release.”

Reem Al-Ksiri is a Syrian women’s human rights lawyer. She now lives in Vienna where she works remotely as the Research Director with the Syrian Centre for Legal Studies and Research and is with the legal unit of the Arab Women’s Organization. In collaboration with the Centre for the Enforcement of Human Rights International (CEHRI) and the European Center for Constitutional Human Rights (ECCHR), Reem works on universal jurisdiction cases bringing Syrian perpetrators of human rights violations to justice.

Tell me about your work as a woman human rights defender.

I am a lawyer and started working on human rights in Syria in 2000. While in Syria, I worked for the Syrian Center and I have continued working for them even after having to leave the country [to seek refugee status in Austria]. I work with both Syrian and European organizations. My work focuses on issues of accountability. I work under the universal jurisdiction to investigate and prosecute crimes committed in Syria. I work with women survivors and witnesses. I meet with a lot of women and they ask me all the time to help them, support them and to help other women in danger.

Can you tell me more about your work with women prisoners?

In Syria, women in prison are kept in poor conditions and experience violence and rape. My role is to defend these women on the ground who have experienced abuses. My team in Syria works for all the detainees. We support women prisoners with medicines and products that women need. We have, officially, 7000 women in jail. This includes both detainees and the disappeared. And there are 8000 survivors including children under 10 years old.

What is the situation for women human rights defenders in Syria?

There is no freedom. You can do little things like bring food and medicine to the prisoners, but cannot work on bigger, political issues. There is no space.

Can you talk about the tools being used by the government to silence women activists?

As a lawyer, they make it difficult for you to do your work. The regime makes women human rights defenders anxious and afraid. They can call you in for an investigation — they can say that you support terrorists, that you work against the government. Women need to meet in secret. We have to be careful about how we communicate. The regime can collect information through control of the telephone. They follow you. And you can be held for hours in detention in security offices of the secret service. It is harassment.

What can you do as a lawyer?

Human rights leaders are being arrested and imprisoned. The forced disappearances of the most prominent human rights defenders have already happened. You can’t do anything for [the disappeared] because they are probably already dead. But I work for and support the survivors who want justice. I work to prosecute, document and collect witness reports.

We work for women who have been tortured in jail and those who have been kept in illegal jails. We fight for the women who are still in jail. We believe in what we do and we look to international organizations to work with us. We are calling for women prisoners to be freed. We need to stand together and say “free the prisoners”. We need international organizations to join with us in calling for their release.

What impact is the COVID-19 pandemic having on women political prisoners?

The bad conditions in prisons are already killing people. Now, people will die because of the coronavirus. With the pandemic the [Syrian] regime has a way out. They can say that the prisoners died of the virus and not of torture, not from the bad prison conditions where more than 20 people are kept in one cell. With coronavirus, there was a decision to let some prisoners go, but those released are from the general prison population. They let criminals go free but political prisoners cannot get out. It is a form of murder targeting activists — especially women activists — by keeping them in jail.

*This interview was conducted through an interpreter.