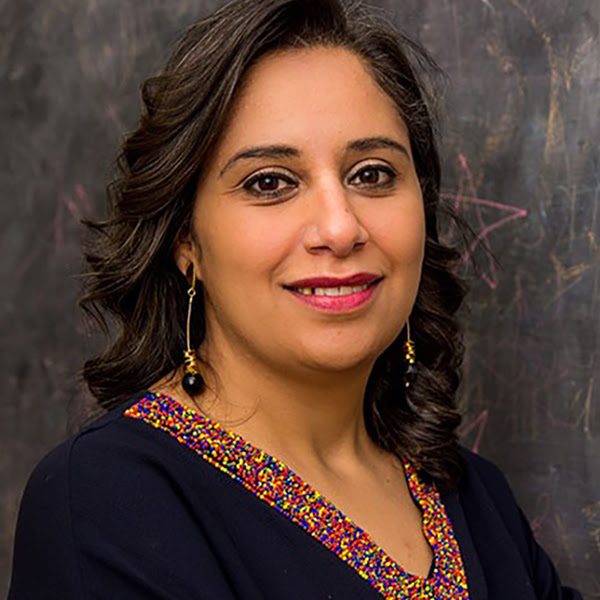 “It is so easy to either victimize women or to see them as a checklist. But the work has to be deeper than that. We need our voices and narratives to exist.”

Mozn Hassan is the Executive Director of Nazra for Feminist Studies, an organization based in Egypt that uses a feminist approach to peacebuilding and to counter violence and extremism. Mozn is regularly targeted for her work as a woman human rights defender. She is currently under a four-year travel ban, and  her assets have been frozen. The government of Egypt has charged her with “supporting irresponsible liberty for women”.

Please tell me about your work as a woman human rights defender.

Our organization, Nazra for Feminist Studies, started in the context of change in Egypt with a new generation of young people entering the public sphere. People were demanding change. We thought that this could be a moment to think differently and critically about the feminist movement. We are having to counteract the notion that feminism isn’t inherent to our region and that it is something that is coming from the West. We are building a feminist movement in an authoritarian state that is closing space in the public sphere.

We recognize that feminist movements have to have the backs of women human rights defenders. We are providing legal, medical and psychological support to women. And we are documenting the violations perpetrated against women. But this documentation isn’t just about the violations from a gender perspective, it is about creating a narrative for the women who have been living this reality. This deep feminist link between the private and the public. We have been engaged with local, regional and international advocacy. How do we create our narrative? And how do we create solidarity, which is the core of the feminist movement?

Violence against women in Egypt has increased since 2011 with gang rapes, harassment, smear campaigns. We realized that we had to build alliances and that the movement had to expand. We are working on the issue of women and politics. We are working with the student movement, unions, women in parliament. We have been working with feminists to establish new feminist groups.

Travel bans, arbitrary arrests, smear campaigns have to be seen in the context of how an authoritarian state uses [state security] as a means to make enemies of feminists. I am an example of that. I am banned from travelling for four years. I have had my assets frozen. The government has a charge against me that is so unique, but it explains so clearly how patriarchal men are seeing feminism. One of my charges is “supporting women to have irresponsible liberty”.

How is the closing of civic space in the Middle East impacting women human rights defenders?

This struggle is multi-layered and we have to understand the gendered pressure that women are facing. Women are targeted more than men. Everyone is targeted, but women also face rape, harassment and smear campaigns. And women are targeted for being women.

Women who are deciding to not to live out the stereotype of what society has decided is a “regular” life, these women face personal risks. Women activists are being accused of being spies, of being hired by foreigners to destroy the image of Egypt.

A woman is targeted [as an activist] and accused of being a prostitute because she is sleeping with someone outside of marriage, or because she is divorced, or there are questions about her sexuality, or she doesn’t wear the hijab. This kills the space for women in the public sphere.

There is an increased level of sexual harassment that women face while in detention and when they appear in court in front of judges. Women are asked questions about their private lives. Who are you sleeping with? Why are you living alone? Why are you not married? And it doesn’t end when the women are released from detention. Women are then tortured by families because the women are seen to have brought them shame. And again, this is not happening to the men.

What in your view do women activists in Egypt need?

Women face a double burden because they are a woman and activists. We need to know that the international community is there for us. That it has our back for the feminist movement in our countries, in the region and internationally. Internationally, it is important to send the message that women are not alone in our struggle.

If a woman has the courage to talk about what has happened to her, don’t stigmatize, but support her. Because I am banned from travel, when there is public recognition of our work, when people travel to Egypt to put a spotlight on women activists, this is a great message of support. Women human rights defenders need to be put on the agenda in order to ensure that there is international pressure on authoritarian states to change their policies. States that have feminist policies should be speaking out.