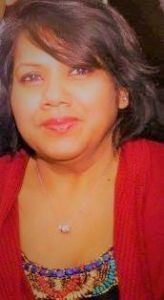 “The more you get hurt the more you incur loss.” (Tagore). There were many stories after the ‘black night’ of 25th March 1971. Among them, I’m narrating a special one that might seem insignificant in comparison to the others, but it has had a tremendous effect on my family, as it cost us a great deal and left our hearts empty, with a feeling of nothingness.

The plunderers at that time were the collaborators of the then Pakistan Army and were traitors who worked against Bangladesh and were known as ‘Razakars’ and ‘Al- Badars’. In 1971, they arrested my brother, Muhammad Shamsul Islam, an exuberant, talented young man of 23, who was then a famous soccer player. Memories of him are still distinct and vivid in our memories. These Razakars and Al-Badars tortured my brother brutally and handed him over to the Pakistan Army to be further tormented. On that night, they must have felt exalted and proud that they had caught a Freedom Fighter, in Bangla a Muktijodhdha.

Since that incident, more than four decades have passed by, but it was only on February 13, 2013, that I wrote this story, recalling my memories while sitting at a coffee shop at Mount Pleasant &Eglinton in Toronto, Canada. Today, I am not emotional anymore; rather, I’m hurt to see that all the martyrs of Bangladesh have not got justice yet. Justice delayed is justice denied.

Our home was in Nandina, which is known as a big ‘bazaar’, a marketplace in a suburban area; and it is also known for its famous school Maharani Hemanta Kumari Pilot High School and the railway station. The country’s official website describes Nandina as one of the developed villages situated 10 kilometers (km) away from Jamalpur, which is a famous business center. The literacy rate of this village is about 90 percent. Nandina is also considered one of the most important education hubs in the Jamalpur district, and a few of the people from this village became high officials at home and abroad.

This small locality had a great significance during the Liberation War. Nandina is situated by the riverside of Brahmaputra River, 147 km north of the capital city Dhaka, the national capital. Nandina is an important center for rice, sugarcane, jute, tobacco, and mustard — which are produced in the region. This semi-urban place is connected by road, rail, and river with Jamalpur, the district city, Dhaka, and the rest of the country.

To the north of Brahmaputra, there is a huge Charland, known locally as Char (covered with pure sand). It is surrounded by the small river Maragang (flowing out of Brahmaputra). In winter, Maragang dries up partly and it looks beautiful for its calmness.

In the evening, the scenic beauty of the bluish Garo hills turns magnificent to the north of the Brahmaputra River; this is the northern border of Bangladesh and India. According to one oral tradition, the Garos first migrated to the Garo Hills from Tibet (referred to as Tibotgre) around 400 BC under the leadership of JappaJalimpa, who crossed the Brahmaputra and ‘tentatively’ settled on the river valley and the neighboring areas of Bangladesh.

At the beginning of the Liberation War in 1971, most of the Hindu families crossed this river and moved to India for their safety. In the same way too, many East Pakistani (now Bangladeshi) youths crossed the river to be trained as Freedom Fighters at the camps in India. The Al-Badars and Razakars were much watchful to cover Brahmaputra River as India is very close to the northern part of this river. During the war, the Pakistan Army based their camp at the large building of Nandina Union Council and in different parts of Nandina Maharani HemantaKuamri Pilot School and Nandina College. The Al Badars and Razakars also set up their camps in a part of the huge school campus.

The Liberation War started in the capital city of Dhaka and rapidly spread to the other parts of the country on a massive scale with mass killings of innocent Bengalis in the then East Pakistan. At the beginning of the War, my father could not decide whether to send right away all his children to his father’s home for our safety and security or to continue on with our schooling. As he had always been concerned about our education, he did not want us to miss school due to the war. Hence, he decided to continue our schooling during the first month of the war, while staying at our Nandina residence. I can still remember the tremendous fear I experienced as I crossed the Pakistan Army camp while walking to school every day.

In 1971, I was a Grade Four student at NandinaNekjahan Girls High School. From our house, the distance of school was less than one kilometer. While I walked past the Pakistan Army camp, I always feared that I might get caught by the Pakistani soldiers. They were all dressed in Khaki uniform and patrolled the road with guns to check Nandina railway station and the passengers. Whenever I reached the front side of the camp, my feet got slow and heavy, and my heart began to beat fast as I thought of the soldiers as living demons. I was traumatized and apprehended the worst at all times.

However, in the midst of the war, my father took a huge risk and responsibility to keep three of his children in school, except for my eldest sister. She was a Grade Ten student and was a pretty teenage girl. For her security, one day, our father decided to send her to his native village Darihamidpur along with my mother. My mother was anxious for the safety and security of my two elder brothers: one of them was studying at George Foreman Christian College, Lahore, and the other was in service with the Pakistan Army in Risalpur, West Pakistan. My timid and soft-spoken mother was in a panic, worrying about the rest of her children. We were living in our Nandina residence with our beloved father.

To save all of us from air bombing, my father dug out a huge trench in the middle of our courtyard. In this huge bunker, our storekeeper Shahjahan stored all kinds of dry food, stoves, kerosene lamps and matches, other valuable goods, firewood, clothes, water etc. We were taught to run into the bunker whenever we heard the sound of airplanes. Every day, safety escapes took place at the Nandina residence. As soon as we heard the sounds of airplanes patrolling, firing of machine-guns, or bombings in Kamalpur, the neighboring small town, we ran into the home bunker for shelter. Each day our lives were in peril. Our storekeeper was highly terrified. Each time he was the first to run into the bunker and the last to come out.

After a few months of living in shuddering fear and chaos, my father decided to send all of us to our grandfather’s house. We walked for miles with all our bags and belongings drawn in bullock-carts, in fear, anguish, pain, and sorrow.

Even though my father took all the precautions to keep us safe, the worst happened. Unfortunately, the risk he took to keep us all together under his warm arms did not work out the way he had thought. My family too became a victim of the genocide in 1971.

I can remember that evening vividly, that dreary evening which had been hovering over us like a dark thundering cloud for months.

My brother is gone, gone forever. He didn’t return on that murky night.

The writer is Doctoral student in Curriculum Studies and teacher, Development Ontario Institute for Studies in Education (OISE), Research Assistant, University of Toronto, and founder-president of Volunteer Association for Bangladesh-Canada.