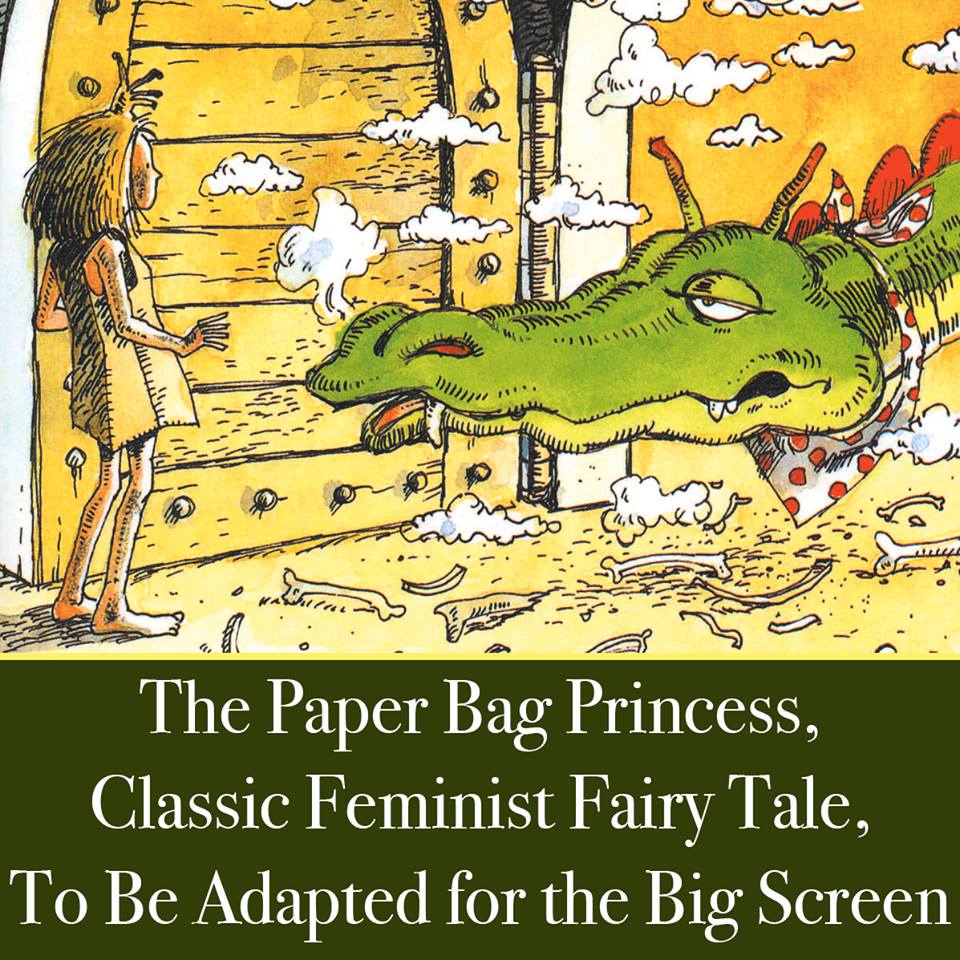 “As someone who grew up reading The Paper Bag Princess, I hope that the movie will keep the book in the public consciousness, and the hearts of young readers, for a long time to come.”

The beloved feminist fairy tale “The Paper Bag Princess” is going to be adapted for the big screen — with a team of women at the helm! The Hollywood Reporter announced this week that Elizabeth Banks will direct and produce the film for Universal, Katie Silberman will write the screenplay, and Margot Robbie will also produce and may star in the leading role if scheduling allows. “Since its initial publication [in 1980], The Paper Bag Princess has been reprinted 90 times, sold more than 10 million copies and translated into dozens of languages,” writes Borys Kit. “[Robert Munsch’s] best-selling book has earned praise for its reversal of gender stereotypes and its female empowerment message.”

In “The Paper Bag Princess,” Princess Elizabeth’s perfect life — complete with a seemingly charming prince, Ronald — takes an unexpected turn when a dragon burns down her castle, destroys all her fine clothes, and kidnaps her betrothed. Undaunted, Elizabeth puts on a singed paper bag and sets out to rescue her true love. Clever Elizabeth easily outsmarts the dragon, but when Ronald sees Elizabeth, he sneers at her mussed hair and dirty face and tells her to come back when she looks like a REAL princess. Instead, Elizabeth decides that Prince Ronald isn’t worth her time, and dances off happily into the sunset. The release date for the film has not been set but long-time fans are already excited, including Caroline Cox of The Mary Sue who observed: “As someone who grew up reading The Paper Bag Princess, I hope that the movie will keep the book in the public consciousness, and the hearts of young readers, for a long time to come.”

To introduce “The Paper Bag Princess” to a new generation, you can order a copy at https://www.amightygirl.com/the-paper-bag-princess

This classic fairy tale helped spark an entire genre of stories starring smart and courageous princesses who could rescue themselves .

The Paper Bag Princess is a children’s book written by Robert Munsch and illustrated by Michael Martchenko. It was first published on 1 May 1980 by Annick Press and Discus Books. The story reverses the princess and dragon stereotype. As a result, it has won critical acclaim from feminists, including an endorsement from the National Organization for Women, which sells the book on its website.