Another key barrier to progress is the lack of reporting about abuses from female victims. One study estimated that only around 5% of adult victims of sexual violence in Latin America reported the incident to the police.

According to estimates by Ipea, a government-led think-tank, only 10% of sexual attacks in Brazil are reported to the police. Another study finds that only 14% of Colombian women report the incidents of rape or sexual assault. Many women and girls do not report instances of abuse due to fear of retaliation, lack of faith in the system, and acceptance that this is just the way it is.Reporting also depends to a great extent on the receptiveness of the state institutions that receive the reports, such as the police, public prosecutor‘s office, defensoría del pueblo (ombudsman offices) and medical institutions.

A keen proactiveness to help is not always guaranteed, primarily because the system absorbs and perpetuates myths about female sexuality. As just one example, up until 1999, women in Chile had to have a good reputation in order for their rape claim to be considered. This means that millions of women and girls in Latin America are at risk of HIV/AIDS, Post Traumatic Distress Order, physical injury, unwanted pregnancy, and suffer through it in silence.

Many young girls also do not report their experience to adults. This is mainly due to the belief that they will not be taken seriously by adults if they do, and a feeling of shame which stems from the perception of girls going through puberty as provoking sexual encounters.

This is in line with the double standard according to which women are often blamed for the promiscuity of men. Indeed, it was revealed in a survey questioning 3,809 households in Brazil that 58.5% of people surveyed believed that if women knew how to behave, there would be less rape.

In some cases, young girls do not realise that the abuse they are receiving at home is not acceptable. A recent survey of violence against teenagers in the NTCA showed that ―there are issues that remain silenced, ignored, made invisible, and are not being addressed. Girls, boys, teenagers and young people are abused by their brothers and their fathers and they regard it as normal. Particularly for young girls whose only interpretation of the world is through the eyes of their family, normalisation is particularly dangerous.

In battling against a machismo culture, the population needs to become comfortable with an alternative: non-macho men. However, the stigma against men who do not adhere to society’s cultural norms is great, and many men are afraid to appear anything less than the strong, dominant and virile sapiens they are conditioned to be.

In one interview with a Brazilian man, the interviewee explains:

‘social standing is determined by how much humiliation you can brush off. I‘ve felt sexually harassed on various occasions, by women and men. Cat calling, and groping on occasion – sometimes by superiors at work. But it‘s not an issue that‘s really seen to. I mean, I‘ve never talked to anyone about this before’.

In the same way that females refuse to come forward about their experiences, men are also afraid to display weaknesses. Machismo may allow men to be the dominant gender, but it does not allow for expressions of victimisation. As the interview described, it affects a man’s ‘social standing’ to not police his own ability to adhere to the culture of machismo. Thus far from being solely a structure which benefits men, the culture of machismo and the reign of the patriarchy is just as repressive to men as it is to women.

Equidad, a Mexican organisation promoting gender equality through policy proposals, analyses evidence of violence against men in Mexico. According to statistics gathered by Equidad, a certain growth in statistics shows how women‘s violence toward men is increasing, although not by very much. A representative of the organisation, Ben Wadham, shows how abuses perpetrated by men against men can collaborate with the structure that silences most cases;

‘The fact that most of the research on domestic violence predominantly reports male violence against women, it is not a personal attack against men, but a representation of how male violence threatens the safety of women and men. […] Men who are abused by women may not report these attacks due to shame and tensions with ideas they have about masculinity, or because a police-man could laugh at a man who reported violence because ‘a real man would never let a woman hit him’’.

Not only would a man not divulge his experience to a police officer, but it is also unlikely that he would seek out professional therapy to analyse and root out the emotions and traumatic feelings which stem from abuse. Research suggests that men are far less likely to go to the doctor for treatment relating to mental health issues than women.

They are also unlikely to seek treatment for diseases such as HIV/AIDs, which challenge notions of hetero-hypersexuality. And in the same way that male-to-female abuse is rooted in misogynistic attitudes toward women, female-to-male abuse uses the same stereotypes to oppress men, exploiting the idea of the capable and dominant macho figure by shaming any part of a man that does not live up to that ideal. In this way, the culture of machismo serves to inhibit both genders.

But whereas women do play a part in upholding notions of gender roles, violence against males is overwhelmingly carried outby other males, working to prove themselves more worthy in a society whichpersists to value machismo and the aggression it contains.

This article is extracted from the Research paper titled ‘Silent Voices: Violence against the female body as a consequence of machismo’  in Chapter 4 of the Safety Report by SAFIGI Outreach Foundation ‘Safety First for Girls’.

SAFIGI Outreach Foundation Ltd, a volunteer-based and youth-led NGO registered in Zambia, implemented the Safety Report in order to understand the multifaceted concept of safety and how it applies to the female gender in diverse settings. And therefore, further prove safety is intrinsic, and that vices in society stem from an intimate level of the human being before its manifestation. This way, when we create safety solutions, whether it be in a developing nation, conflict zone, refugee camp, or patriarchal society, the problem is resolved from a deeply rooted cause. Such that, we treat the disease itself and not mere symptoms. 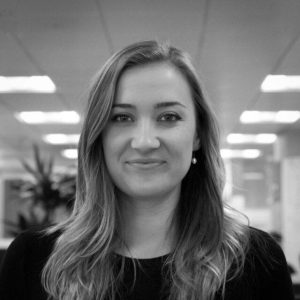