23-year-old Anmol Rodriguez from Mumbai was only 2-month-old when her father doused her mother with acid. Anmol was on her mother’s lap at that time and became an acid attack survivor at an age as tender as this.

“To this day, I do not know what prompted my father to commit such a heinous crime. At a time when my family should have been celebrating the birth of a baby girl, my mother succumbed to her injuries,” Anmol said in a conversation with The Logical Indian. She further said that she has heard that her father is in jail, but is not sure of the reality.

A long span of Anmol’s childhood was spent in a hospital. For the first five years of her life, a Mumbai hospital became her home. Anmol’s burns were so severe that a lot of treatment was required to heal it.

“Growing up in the hospital was not a bad experience for me at all. In various stages of your life, people enter, play their parts and leave. During these five years of my life, the nurses and doctors in the hospital took care of me as if I were their child. I had no relative who was willing to take my responsibility, so the nurses and doctors played the roles of my parents. They never treated me as if I were only a patient,” Anmol said.

When Anmol was five years old, the hospital handed her over to a Mumbai orphanage. Growing up there, she dreamt of becoming a software developer. She went on to study Bachelor in Computer Application from Mumbai’s SNDT University.

“I was sharp and learnt things easily. Being ambitious, I passed out of the institute and secured a job. But within a few days, they told me that I could not work anymore because they could not see a disfigured face every day,” she said.

Following this incident, she could not secure a job again. “Wherever I went, I was rejected. They did not tell me directly why they rejected me, but I knew it was because of my face. It was evident,” she said. 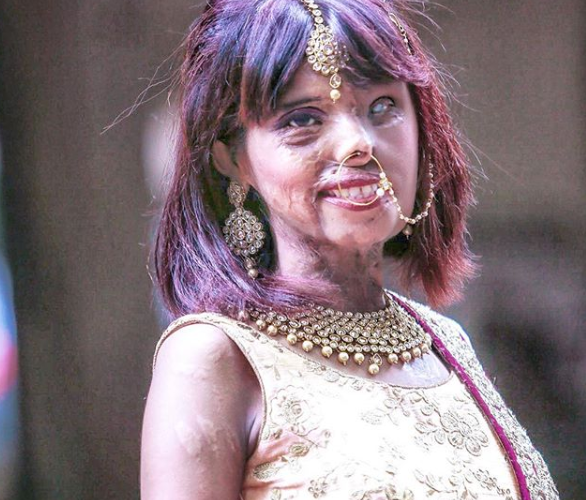 But Anmol did not lose hope. Ever since she was young, she had an inclination towards fashion, and she decided to channel her interest into something productive.

“Fashion interested me, and I always loved wearing stylish outfits and looking good. I would post my pictures on Instagram and luckily, some photographers noticed me. They started reaching out to me and I have had the privilege to work with photographers like Tejas Gedekar and Bhavini Damani. I also interacted with Ranveer Singh at a Kotak Mahindra event,” Anmol said.

From then onwards, Anmol did not stop. She took over the fashion industry by storm and became a social media influencer. With the intention of helping acid attack survivors and bringing a positive change in their lives, she began running an NGO called Acid Survivors Saahas Foundation.

“However, I am not part of the NGO anymore, because it is not run with the objective that was in my mind when I became a part of it. I have not resigned officially yet, but I do not work with them anymore,” she said.

Anmol is now also an actor, and has featured alongside Shabana Azmi in a short film called Aunty Ji.

Anmol was educated, well qualified and yet failed to secure a job because of her face. “Why should this happen? My face does not define who I am. I hope that in the near future people will think differently. I am not asking for any special reservation, but I hope people will treat acid attack victims respectfully. When I have the ability to study and be as qualified as others, I have the right to get a job. However, I am a full-time model now and am enjoying my life more than ever,” Anmol said. 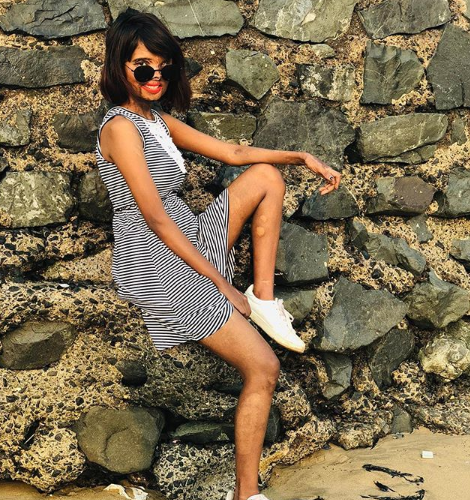 Anmol further said that she has met several acid attack victims who are not educated because society did not give them a proper chance. She hopes they are given an opportunity to develop their skills and grow into an individual who can stand up for themselves.

“I would like to tell all acid attack survivors that none of them are alone. People must not pity them and they must not pity themselves. If they come forward, talk about themselves openly and do something in life, they will become a hero and a motivation in other people’s lives,” Anmol said.

From Team Women Chapter, we wish Anmol power and good luck with her ambition, passion and mission. More power to you!

Story reproduced from the Logical Indian.