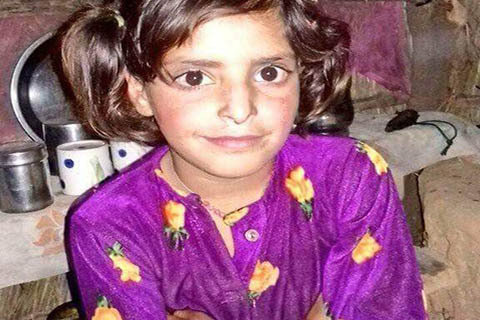 Asifa Banu was a kid of 8 years old from Jammu Kashmir. She was from Bakharwal Muslim Caste. This caste has to be removed from Kathua area of Jammu.

8 years old Asifa went outside to play with her pet horse on 10th January. She was abducted and drugged with sleeping pills. She was raped for seven days.

Main culprit Sanji Ram and his minor nephew. 13th January Sanji Ram raped her in the temple, Asifa was tortured while drugged.

The villagers were scared about the girl’s disappearance. Where did the young girl go? Her parents ran to the police station but police did not take any missing complaint.

Vishal traveled from Mirat in train to rape an 8-year-old child. How could he pass this opportunity!! These people had to be removed from the area! Such was the mentality of the rapists!

The child could not take more of this drug and rape torture for seven days, and eventually, she was strangled.

On 15th January, by throwing a stone on her head, the murder was completed.

Police did not want to file any missing complain, then under pressure, the investigation began.

18 paged charge sheet from Jammu Kashmir police branch stated that on 10th January an 8-year-old child named Asifa went missing while going outside to feed her pet horse. The father of the child informed police on 12th about his daughter’s disappearance but the police took 1.5 lakh rupee as bribe to not to get involved.

When the accused were arrested one by one, then the meeting, the processions started: not to seek justice for Asifa, but to support the rapists!

Deepika Singh Rajawat who is fighting the case, to seek justice for Asifa has received numerous threats.

Do you want to seek justice for Asifa? If so, sign the following petition: