One of the major drawbacks of a news being viral is you’ll have to see that anyway. Such footage has captured newsfeed. The same thing happens with cricket, traffic jam, drainage system failure, wedding pictures of our celebrities which actually don’t bother me. I consider those as parts of the development of our country. In fact, I console about positive and negative effects of these things.

These are the things that can be consoled but the footage which has gone viral is not letting me be normal. I guess everyone has seen that. You must have shared that in your profile with decorative captions. Next morning the picture will be forgotten behind your selfie. Have you forgotten that already? I know you will. I will forget that too. But before letting that go I would like to give you feel of shame. I would like to state a few words and show you where we are.

Several years ago a girl was raped in Jahangir Nagar University whose veins were cut after raping her. I saw her swollen body in TV with stitches everywhere. She was admitted to the hospital for a few days then she died. I had no idea what rape was at that time. But I realized it was not something good.

Do you remember Tonu? The girl who used to wear hijab, a few days ago it was her death anniversary. She was raped and stabbed in the head inside Comilla Cantonment. Don’t we doubt the incidents now? Maybe it is normal to doubt it.

In Shripur, a girl named Ayesha was raped and had been attempted several times when her father came forward in search of justice. He failed and he along with her daughter jumped under a train out of plight. I won’t embarrass you by reminding that they didn’t survive.

Do you know Shaznin? She was a princess in a mansion. Every 28 April Newspaper comes with a picture of this girl. She was also raped and was strangled after that. Do you feel insecure enough now? DO you feel you are not safe at all?

I don’t intend to traumatize you further but let me tell you about a child- because we need to know.

A kid of four years old was raped. She was promised a chocolate then she was brutally raped and for that rapist’s pleasure, her genital organ was cut by a blade. She was brought into Dhaka Medical. When she was in operation theatre she was crying and making vows that she would never to go to the playground and not be naughty anymore. Another kid was raped, strangled and was left in commode upside down.

Maybe you know Rupa- from newspaper reports.Her shoulder was broken after raping her. Just like savages do with birds sometimes. Just like witches in fairy tales met their end.

Anyway, let’s get back to the latest incident.

A girl is lying in a rice field in HAbiganj Brramindor wearing a reddish pink dress whose thighs are prominent and wet and her bed is on a green field. People are crowding around her. Even a policeman can be seen. What has happened actually?

It’s nothing. A girl named Beauty who is sixteen years old has been raped in Independence Day.

You are right. We could not do anything in spite of sharing her picture. She was raped two months back. She had been raped again and this time she’s killed. Obviously, her family seemed help and filed a case but nothing worked.

What is the problem?

If we look at statistics starting from 2010 we see:

From 2010 to 2014 in these four years, three thousand 92 women have been victims of rape according to the information of Bangladesh National Women lawyers organization. 2 thousand 921 in 2013 and 2 thousand 918 in 2014 has filed a case and no one has seen justice among them. From different Ngo and Salish, canters have reported 455 women has faced rape in 2014 within January to September time span. 135 among them are kids and 11 of them have committed suicide.

According to the information of multi-sectorial programmer 60% of the time cases did not see justice that has been filed in last 10 years. Justice was served less than 1% of the time. According to the Dhaka metropolitan court, only 2% have got justice every year. The rate of getting justice is very low in case of rape.

According to law 2000(amended 2003) 9(1) if someone rapes a woman or kid they hell face jail of a lifetime. The same law on 9(2) said if someone is killed by the time of raping then rapist will be sentenced to death or face lifetime jail. At the same time, the minimum fine is 1 lakh taka for rapists according to 9(3).

After independence, so many rapes have taken place in this country and the rate is always increasing. There is no guarantee that the next victim is not your dear ones.

In 1971 3 lakh girls were raped and after war father of our nation declared he was the father to all of them. After 47 years of independence, girls are still being raped at the same rate and no one is getting justice.

Our country is underdeveloped country. We are thriving to gain higher standard our ambitions are rising high but we are 16 crore people are being shameless every day.

Let’s be ashamed that we cannot assure safety to our girls to the least. The only thing we can do is to be ashamed.

When will we become human beings?

Trust me the girl lying in green wearing red dress has cursed us.

Let’s be ashamed of our shamelessness.

The original article in Bengali was published in Women Chapter main site on March 27, 2018. 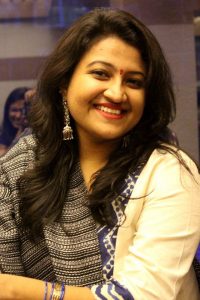 Pritha Sharadi is an architect by profession. In her spare time, she likes to write about contemporary socio-political issues, especially issues concerning women. A proud feminist at heart, she is not afraid to speak against social evils.