On the occasion of International Girls’ Day, Our time is now-our rights, our future is being heard around the world. During this time, when I read any story, listen to the words, and meet a storyteller, a few of my secret memories come to mind.

I used to play a lot in childhood. With friends, I used to go around a  tree for the sake of custard apples. An elderly man in the neighborhood used to call us and give us fruit. Sometimes he asked me and other girls to sit next to him and touch us inappropriately. We used to run away from there. But go back there again and again because of the craving for sweet fruit. I was seven or eight years old, I was unaware of what is abuse. But now I realize that touch was not normal.

It happened a long time ago, but it still makes me upset. I have never told anyone this story of mine. But that girlhood memory often comes to mind when I tell people about the consequences of abuse and harassment or hear from someone. There are so many hidden stories of cultural fairs, religious gatherings, and family festivals where someone has intentionally touched the sensitive parts of the body from behind. At home, on road, in the marketplace, in the prayer hall, in war, in epidemics, and in joyous festivals girls and women are not safe anywhere.

Dear sisters, do the stories resonate with you? I apologize for bringing up those memories. But those of us who can read the world, know that our childhood memories have been bled by a masked relative. Although we could not before, we can now try to forget those memories with care. Then think of the whole world; A child whose mother is uneducated or might be educated but unaware, who has never learned how to speak out against injustice, who is not aware of sexual reproductive health, who believes that it is the girl’s fault if she is a survivor of rape or sexual abuse. So even if something happens, she has to hide it, Technology that did not get a chance to come-what is the situation of them?

According to research findings, up to 1 billion children aged 2-17 years experience physical, sexual, or emotional violence or neglect globally in the past year.  A study in Bangladesh Child Rights Forum showed that 1383 children were sexually abused in 2019, an alarming 72.32% rise compared to the previous year.

In 2021, child rape increased by 31%, with 45,480 children facing repression.574 girls were raped across the country in the eight months from January to August in 2022. Besides 76 girl children have been victims of sexual harassment and torture.

These facts of oppression make us sad, scared, and worried about where to leave our lovely children in the world! Beyond this information, we do not know the number of the vast world. How many girls actually come under this type of research? The real scenario is surely more horrible.

We see all people, educated-uneducated, rich-poor, religious-nonreligious, cultural, political, civil societies people, also police as a rapist and sexual oppressors. We can’t trust anyone. In the land, grove, bank of the river, madrasa, school, and home where are girl child, younger and adult women not victims of rape and sexual abuse?

Laws are there, civil society is there, and government, NGO, and cultural organizations are working but the news of sexual harassment is not decreasing.  Walking with so much fear ruins a girl’s childhood and youth. In a patriarchal society, we love to talk about women’s clothing rather than raising our voices against perpetrators.

Sometimes I think, back in childhood, why didn’t I come home and talk about the abuser’s sexual motive? First of all, I was not aware of good touch and bad touch as I do now. Secondly, even if I knew, I wouldn’t say it out of fear. I believe this is a common scenario that sexual and reproductive health is a very silent topic for us. Our parents didn’t know about sex and reproductive health from their parents, so neither did we.

It’s an intergenerational practice to play hide and seek about what is a bad word and what is a bad touch. As a consequence, almost girl children are unaware of the abuse. They are victims of sexual abuse and all other forms of violence. Even a 5-year-old child is not spared. The problem is that children cannot explain, so they can’t even imagine the severity of the danger. As a result, they have to die before they understand life. And even if she survives, there is unlimited suffering.

Sexual abuse of girl children in Bangladesh is alarming. Maybe thinking about all the disappointment, where is the hope? Yes, we also have a ray of hope. From grade six, sexual and reproductive health education is included in Bangladesh’s national curriculum.

It’s true —Discussion content is not sufficient to understand sexual and reproductive health. Also, teachers are not fully ready to teach this issue that’s why they often skip the topic. But, it is good that the discussion has started. People’s attention has been increased on this matter, so they are forced to get rid of the idea that child rape is not impossible. We can hear the voices of girls children, youth, and women on the global stage.

But we have ensured voices from the grassroots and all. It’s not enough to just talk about this in the civil society media. Social activism should be spread in remote areas. Initiatives should be taken for how functional the school curriculum is. The state should take initiative to mobilize the nominal women violence prevention committee (nari nirjaton protirodh committee) and community-led organizations and institutions.

We are commemorating the 10th anniversary of the international day of the girl (IDG). So Let’s work to give our girls an opportunity where they can play, enjoy and experience their rights. They can explore their talent equally in communities and society. No evil touch will bleed their childhood, youth, and old age. To listen to the voices of a girl child and youth against sexual and all forms of violence this is the time for us all to stand with them. And this journey should start with the family. But these startups have to take the initiative by the state with the concerted support of its conscious institutions and individuals. 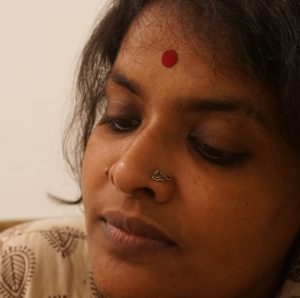 Joyshri Sarker is a Bangladeshi Author.  Proficient in writing short stories, novels, and research-based write-up.  She is passionate about writing, working, and advocating for the rights of marginalized people, especially women and children. She is a worker of the cultural organization Bangladesh Udichi Shilpi Gostthi. Professionally, She is working at BRAC.