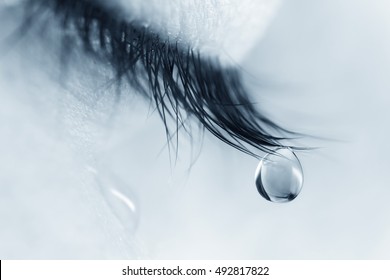 “I don’t have a day for rest. From morning till night, I do all the work in the house if I am home. I cook favorite dishes of my husband, his mother, his brother….everything they want, I do. Pradeep took the loan under my name. I am the one who has been paying all the bills. I don’t have any penny to buy nice winter clothes for myself, because all I have…it goes behind fulfilling their needs. Still, I am never enough. I went against my family to marry him. My family can never accept an intercaste marriage. I sacrificed everything. Even my friends….I am not allowed to have any friends. Let’s just it is a miracle he lets us contact….” Malini could not speak any further. She broke down crying.

My heart breaks on a regular basis for Malini- my friend. I met her through a common friend while I did my master’s in New Delhi. She and I bonded over our common passions and history of troubled childhoods. After I moved back to my city, I lost touch with many friends over the years as we moved on with new jobs or other developments in life. But I always stayed in touch with Malini. But I don’t know how long I will be allowed by her husband and his family. Her husband’s family belittles her on every occasion while her husband is a silent observer. I hope her life changes for the better before it is too late. I can never forget one occasion while she was talking to me and her husband dragged her by force and yelled that she was having an affair. I had to talk to him to confirm that I was a woman and just a friend of Malini. On some occasions, I had advised her to leave. And she did try to leave, but she always ended up returning to her husband or to her parents who beat her up for marrying against their will. I have watched helplessly several times as Malini continued to sink into severe depression and financial troubles, over and over again. I tried to connect her to social workers but in vain. Her attachment to her husband and her family is so deep that despite mental and physical abuse, she cannot imagine a life without them. She wants her family to forgive her and she hopes that her husband will change for the better.

As a friend, I try to lend a sympathetic ear to her. On some days I feel like I failed her as a friend as I have not been able to pull her out of the darkness. However, I know that there are thousands of Malinis around us. Malinis have broken the rules and now feel that they must pay the prices for their decisions. When I first met Malini, I saw a free-spirited young woman who was trying to build up her career and live a joyful life. But now, she feels she sabotaged her own life and that there is no hope for her. Her family is furious with her as they are quite orthodox when it comes to the age-old caste system and Malini’s husband belongs to a different caste. Malini is not regularly in contact with her friends and keeps changing her mobile number and disappearing every now and then, making it extremely difficult to help her effectively.

This is a story that is so common around me. I know many women who chose love over everything else and then find themselves trapped in a toxic situation where they neither have the support of their spouse nor their parents. They live in guilt for the choices they made and continue to live in misery for years. Some of them end their lives, while some sink into depression. And there are some, who with or without support, manage to escape the cobweb and stand on their feet again.  Not every woman has the social and financial support, and even if they do, they are often afraid to do so. Women in similar situations as Malini often feel that they are no longer “acceptable” in the eyes of society. They hardly can recognize themselves in the mirror.

I hope Malini realizes that she is worthy of love, and she deserves a free, happy life. I pray that she realizes that choosing love was not a crime and she does not need to pay for it at the cost of her mental and physical health. I hope some other friend or I can help her to find herself again. But most importantly, Malini has to accept herself and take the leap of faith to change her life for the better.