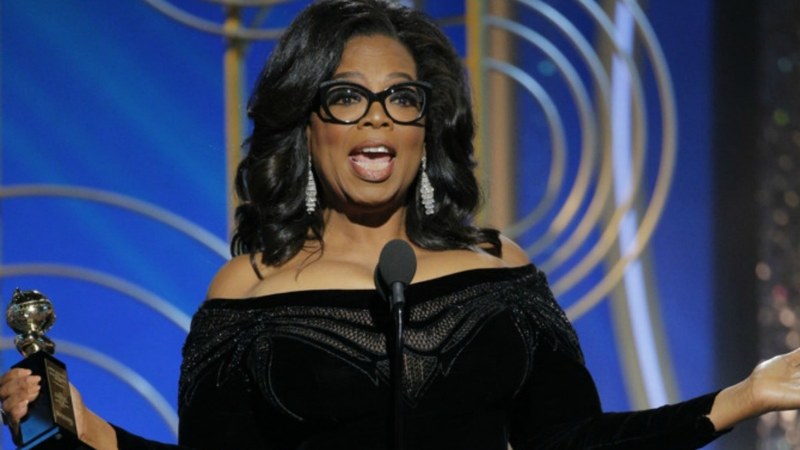 This year’s Golden Globes saw a strong women’s empowerment theme run through the awards night, which rightfully was all about women.

Sunday night saw women of all color dominate the award show; they wore black in support of the initiative Time’s Up, aimed at supporting women who are bringing forward sexual harassment complaints.

Now, more than ever, when the #MeToo campaign has given hope and raised awareness about sexual abuse, women at the Golden Globes championed each other; they gave shout-outs to fellow women in the crowd, those watching the award show and many others around the world looking for a voice.

They all echoed the same sentiments: the tide has (finally) turned around.

Acknowledging women who made strides and voiced out against abuse, Oprah Winfrey

You know that when Oprah takes the stage there’s going to be a whole lot of tears and that’s exactly what happened during her acceptance speech.

The philanthropist won the Golden Globes honourary Cecil B DeMille Lifetime Achievement Award, making her the first black woman to receive one, and did she do justice to it on stage! She brought the house down with her words of empowerment.

Here are a few snippets from her powerful speech:

Oprah addressed the sexual harassment allegations in Hollywood following the Harvey Weinstein scandal. “I want tonight to express gratitude to all the women who have endured years of abuse and assault because  they, like my mother, had children to feed and bills to pay and dreams to pursue. They’re the women whose names we’ll never know.”

“What I know for sure is that speaking your truth is the most powerful tool we all have. And I’m especially proud and inspired by all the women who have felt strong enough and empowered enough to speak up and share their personal stories,”

“For too long, women have not been heard or believed if they dare speak the truth to the power of those men. But their time is up. Their time is up!”

“I want all the girls watching here, now, to know that a new day is on the horizon! And when that new day finally dawns, it will be because of a lot of magnificent women, many of whom are right here in this room tonight, and some pretty phenomenal men, fighting hard to make sure that they become the leaders who take us to the time when nobody ever has to say ‘Me too’ again.”

Every statement of hers had the women in the room break into applause and give Oprah a standing ovation.