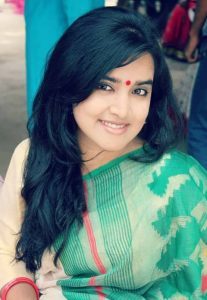 It was at the beginning of the lockdown (since we already spent two months) when a “frustrated” man in Bangladesh tuned into Facebook live mode and hacked his wife to death. What was the reason?

From his monologue of that live video, the audience could decipher that there was something wrong between his wife and family or something like that.

It created a storm in a teacup for a while. How a dispute between in-laws could possibly lead to murder still remained a mystery but investigations had revealed the couple was in a relationship before getting married. And, let’s not gets into the cliché discussion of what made the husband think he could kill his wife under any circumstances.

However, if we look into the international facts and figures, it shows that domestic violence has increased at an alarming rate since lockdown started. People are shouting out for emergency shelter houses in first world countries like Uk, Canada, or the US where the UK government has announced a special economic package for those suffering from domestic violence.

The easiest way of snubbing the severity of domestic violence is to tag it as a “concern of a couple for things that goes on behind the closed doors” until someone breaks out of that door asking for help.

The brutal reality is crystal clear out there, in front of your faces. Still, intending to start a conversation on “women’s rights or vulnerability” during this pandemic will not help, rather it can earn you the title of being “oversensitive” or in a worst-case scenario to be just “insensitive” to start these clichéd conversations in such an emergency period.

The question is, if not now, then when is the right time to talk about women right? A bet of 10 thousand dollars says, no one will be able to answer that.

The world has declared a war against unseen, invincible virus-Covid19 yet reluctant to acknowledge the consequence that any kind of war affects women to the core.

Any kind of war makes women physically, economically, socially, and psychologically vulnerable because of the existing patriarchal social structure. Though a discourse is suggesting not to compare the pandemic with war, the past-present-post situation is appearing to be warlike to women.

When there are inadequate conversations about visible violence are going on, we are failing to understand that those are not the only way women are getting suppressed.

There are some articles and studies that are saying that the lockdown, other than direct physical violence, has increased the burden of work on women as men rarely share the domestic chores with them.

Women who are attending work from home have complained that the situation is overwhelming. In fact, The Guardian had published a report on how the works of female researchers have plummeted during lockdown where male researchers are doing better.

The report said, that female researchers are finding it hard to work and manage home at the same time.

Voices that tried to draw attention to the cause-faded out under the “humor” of derogatory memes about “men’s persecution” as they are being asked to take part in domestic chores these days.

Sadly, the statistics about women and children getting abused in 65 percent of families (Manuser Jonno foundation) remained limited to a vague percentage without proper attention to them.

But dare you to start a conversation on woman rights; you will be reminded that this is no way a good time to talk about woman rights cliche.

And surprisingly when someone talks about women rights, a large number of people just assume the conversation is applicable to the middle-class women only when statistics say the cases of violence are equally even more prevalent in the lower middle class and lower class families as the suppression and violence against women includes women from every socio-economic class.

Excluding the garments workers who are already suppressed by men, poverty, and in many cases by women in power will only leave the discourse incomplete as they are the women who had already been seen on the roads staging a protest in demand of their paycheck.

Voices are needed to be raised for the rights of garments workers of Bangladesh that involve women from the lower middle class and lower-class families, their wages, and their job security as the lockdown has left them equally vulnerable with the ones that are living life apparently in a mansion.

Everyone needs to be vocal about the ongoing domestic violence, ongoing inequality at home.

And anyone who tries to surpass the conversation tagging it inappropriate for this time must answer, if not now then, when is the right time talk about women’s rights?

Sadia Rahman is working as a journalist in a leading English daily. She loves to work and write on issues related to inequality and extremism.