The politicization of the female body has been a general feature from the colonial to postcolonial periods. A woman wearing the American flag as a headscarf in Women’s March has become the symbol for embracing Muslims’ rights in the U.S.A. However, faceless or ‘Hijab’-wearing or bare-headed women, none of these narratives or symbols alone represent the complexity of the situation of women in Muslim societies. A consistent theme has been the idea that women are the symbolic embodiment of morality. State intrusion led to an unveiling of women in nations like Turkey. 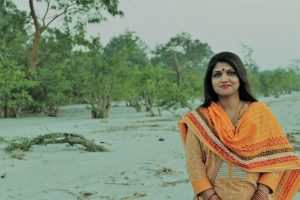 On the other hand, the Islamic dress code has been imposed on women as part of a redefinition of citizenship in countries like Iran, Afghanistan, and Chechnya as a symbol of the success of Islamic Revolution. Islamic resurgence, also known as the recommitment to Islam and the rejection of Western ideologies, has started to shape the identity, legitimacy, power, political institutions, and cultures of predominantly Muslim countries around the world since the 1970s

Culturalists highlight the cultural differences and Islamic heritage as contributing factors to gender inequality in predominantly Muslim countries. ‘Clash of civilization’ is a hypothesis of ‘us versus them’ offered by Huntington (1996), which identifies cultural differences as the most important variable behind the most pervasive conflict in the new world. The ‘Arab exceptionalism’ hypothesis is another cultural argument offered by area specialists, but it does not identify Islam as the contributing variable rather recognizes the uniqueness of Arab culture as the major impediment.

The causal mechanism between the Muslim population in society and gender inequality can be explained from multiple tentative perspectives. First, tribalism might be blamed for gender-based inequality in the Arab world. Tribalism at some earlier period has created cultural “lock-in” effects that persist to the present day. Second, Islam was born in present-day Saudi Arabia and was carried by the people who were from tribal desert societies in which the station of women was low. Thus, the Arabian origins of Islam could have left the imprint of gender inequality on religion. That is how even the areas outside the original Arabic-speaking desert communities appropriated the cultural package they received and imbibed as “Islam”.

‘Modernization theory’, a socio-economic mechanism, assumes that economic stability leads to democratization and women’s advancement. When poor countries become richer, women enroll in school in greater numbers, enter into the job market, bear fewer children, and become more active in national politics (Ross, 2001). The status of women in Bangladesh, India, Taiwan, Hong Kong, Tunisia, Morocco, and Indonesia has changed dramatically with increased income. Though almost all countries have patriarchal cultures, economic growth has diluted the strength of patriarchal culture in many cases. A significant puzzle with this ‘modernization hypothesis’ is that some rich Middle Eastern countries have not moved toward gender equality.

Ross (2012) provides a structural ‘resource-curse’ argument including both economic reasons and political power relations. Presenting a demand-supply argument of female labor related to oil boom, Ross (2012) first describes ‘Dutch disease’ which causes a country’s exchange rate to rise, and its agricultural and manufacturing sectors to lose their overseas markets. Factories that are most likely to hire women are export-oriented companies that rely on low-wage labor, and the Dutch Disease will make them unprofitable. Labor remittances in oil-poor countries like Yemen, Egypt, and Jordan can also trigger the Dutch Disease, making it harder for countries to develop the kinds of industries that typically employ women.

Second, exceptional size of oil revenues leads to exceptionally large government budgets. Consequently, rulers distribute much of this revenue to the household through welfare programs and tax cuts to buy political support. These government transfers discourage women from seeking work outside the home by diminishing their families’ need for a second income.

Third, oil booms create new jobs mostly in the service sector like construction, retail, and government. These sectors in MENA countries usually do not hire women due to cultural and legal prohibitions. If women cannot find jobs in these sectors, the booming oil industry will “push” them out of the labor force or discourage them from joining.

The puzzle in ‘resource-curse’ hypothesis is that some oil-rich countries like Norway, Colombia, Syria, Malaysia, and Mexico produced new jobs in service sectors which increased more job opportunities for women. Oil has slowed the economic progress of women in Algeria, while women in Morocco and Tunisia have made much faster gains. However, Norris (2009) argues that patriarchal cultures in Arab states did not spring up overnight in the mid-nineteenth century as the result of the discovery and commercial exploitation of refined petroleum; they have enduring historical roots that predate the discovery and production of oil.

The hegemonic status of Islam in many countries is evident through the combination of nationalization of institutions, elite clerics, inclusion of religion in the public-school curriculum, and legal restrictions on women’s rights. Particularly, women felt the impact with the introduction of mandatory ‘modest Islamic dress’ as a symbol of Islamic identity, e.g. Iran. Governments in many Muslim countries turned to Islam to enhance their authority and muster popular support. However, Fish (2011) speculates another institutional causal mechanism between Muslim countries and inferior status of women. ‘Fiqh’ represents an expansion of sharia law. Possible importance of the institution of fiqh, i.e. Islamic jurisprudence and a legal framework, is the factor leading to patriarchal interpretation of religious texts and gender inequality. The existence of such a jurisprudential tradition rooted in Islam provides an institutional locus for the persistence of practices that retard change in the direction of gender equality (Fish, 2011).

Scholars have diversified perspectives to look at the place of the gender issue in Muslim-majority states. Variables, such as culture, oil, economic stability, colonialization, redefinition of Islamic views, bifurcation of women’s rights (‘individuals’ vs ‘right of the self’), secularism, etc. are important in the discourse. All these arguments have validity and important contributions, but no single finding can totally explain the intersectionality.

To summarize, the debate on the encounter between women’s rights and Muslim-majority countries must be located at specific political, legal, institutional, and economic contexts. For example, when scholars attempt to incorporate culture in the analysis, it is necessary to examine that cultural explanation within the specific institutional context.

Thus, the cultural argument should be considered as intersectional with other variables producing a combination of effects on the issue of women’s rights in Muslim societies. The discussion is not a theological one, rather it is a political argument revolving around rational, institutional, structural and cultural explanations.