Ethnic cleansing is an unfamiliar and unfathomable concept to many. The reality is this: it’s suffering. It’s torture. It’s bloodshed. It’s being forced to choose between your religion, your culture, your identity, and death. Whole lives burn to cinders.

The last five years have seen human rights violations against the Muslim Rohingyas in Myanmar and the Muslim Uyghurs in China. Despite bold declarations that human beings should not revisit such atrocities again, the reality is somewhat different. And Western media frames ethnic cleansing in a way that invokes apathy among news consumers.

“It’s easy to believe that genocide is something that used to happen. Seeing one unfold shatters this belief, so quite often it is easier not to see it rather than working out what to do,” said Dr. Azeem Ibrahim, who gained a Ph.D. in geopolitical studies from Cambridge before writing, ‘The Rohingyas: Inside Myanmar’s Genocide’

Contemporary media organizations reduce human beings to numbers and statistics. The modern-day news cycle is absolutely over-saturated with bad news. This creates de-sensitization in the general populace and is worsened by the formulaic approach taken by most mainstream media organizations. As a result, it becomes difficult to maintain a balance between exposing facts and exploiting misery.

Newsrooms will choose to run sensationalized stories that give them clicks, as opposed to taking the time to understand the structural, political, historical, and cultural factors involved in situations where there’s ethnic cleansing. Dr. Ibrahim agrees, saying the nature of the news industry is a search for relevance and that can be missing when the victims share little directly with our world. In the reportage of Rohingya women, focus often falls on individual instances of abuse. But the wider context tells us Rohingya girls are married off early and frequently become pregnant, so they won’t be raped. These are two of the survival techniques the Rohingya developed to evade persecution at the hands of the Myanmar authorities, according to Lailufar Yasmin, associate professor of the Department of International Relations at the University of Dhaka.

The systematic erasure of the Rohingya existed long before the displacement of more than 1.3 million people since the crisis started on August 25, 2017. In Myanmar, the Rohingya are marginalized in their own country and explicitly denied basic rights like citizenship. The Buddhist extremists, the military, and probable sections of the National League for Democracy, all aimed at forcing them out of Myanmar completely. But most did not want to call it genocide, because no one wanted to cause problems with the military. Many also kept silent even as Aung Saa Suu Kyi made an electoral alliance with a Buddhist political group calling for the expulsion of the Rohingya in the first pro-democracy revolt because she was leading Myanmar to become a pseudo-democracy.

Then there’s China, who is a comparative sense, has its own uneasy relationship with its domestic Muslim Uyghur population. The Chinese approach to the Uyghurs is a sustained attempt to destroy any vestige of their cultural, social, and religious identity. The government has detained as many as one million Uyghurs in their so-called “re-education” camps. The state of Xinjiang, where a majority of the Uyghurs live, has been police since August 2016, when Chen Quanguo, took charge of the region. Followed by his arrival, local authorities recruited over 90,000 police officers in 2016 and 2017 and laid out as many as 7,300 heavily guarded checkpoints in the region.

Other Chinese states are very wary of challenging the Chinese government on anything because they’re more concerned with trade deals and other forms of co-operation. The information laws in place create censorship and make reporting critically on China extremely difficult. If a journalist gains a reputation for challenging the Chinese government’s preferred narrative, they will quickly be banned from entry. Therefore, first-hand observation is very difficult.

“There is a need for careful meticulous reporting of exactly what happened but more for a focus on the context,” says Dr. Ibrahim.

For many in Western countries, they are remote regions where few have many personal links or contact. So, there’s a tendency for journalists to fall into the trap of simply adopting a convenient narrative. This, oftentimes than not, lead to the re-traumatization of victims. Inchoate and formulaic reporting only serves to compound the survivor’s grief. According to Amanda Gearing, an Australian investigative journalist who specializes in trauma reporting, that’s why it’s important to “balance [because it] ensures objectivity and stops emotional propaganda”.

It can also perpetuate stereotypes, according to Yasmin Khan, the Chairperson of the ECCQ. It may affect the general populace’s perception of Muslims and Islam as a religion. Griffith University’s “Reporting on Islam” reiterates this by stating that “terrorist attacks are directly proportional to the number Islamophobic incidents”. Exposure to repeated or sustained trauma can even lead to trauma in journalists. Effects after return include insomnia, avoidance, and hypervigilance. So, not giving journalists proper preparation is negligent on the part of employers.

Both the Rohingya and the Uyghur situations have similarities, in terms of the brutality their governments deem necessary to deal with a ‘jihadist threat’. But they must be contextualized from a structural, political, historical, and cultural standpoint. This the ethical duty of the media, particularly Western media, to both interviewees and interviewers. Unless these organizations evolve from abstruse and insular reportage, readers will be perpetually nonplussed.

“If this is lacking, then the reports become another tale of two groups of people (of whom we may know very little) doing something awful to each other. In truth, it’s a step on a wider link from excluding and demonizing minorities, reducing their legal and civil rights, and, in the end, genocide,” says Dr. Ibrahim.

11) Dart Center for Journalism and Trauma. Retrieved from https://dartcenter.org/ 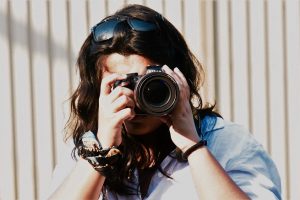 Norma Hilton is a journalist based in Brisbane, Australia. Her work has been published across tv, radio, print and online media in Bangladesh and Australia.