Whenever guests used to visit our house when we were young, they used to say that my parents will understand the pressure of having three daughters while marrying us off. My relatives used to utter this statement the most. Some even used to provide my parents with estimated calculations of the expanses of their three daughter’s weddings along with dowries. I used to observe a thin stressed line on my parents’ forehead whenever relatives and closed ones used to rant about dowry. With time, when I grew up, I witnessed the ugly incidents of dowries in the society and came closer to the nasty reality that the society lives in.

In our society, dowry is a curse for parents. The moment a daughter starts growing up, the pressure of marrying her off and settling down on the amount of dowry makes the parents’ miserable from an early time. Manny cannot marry their daughters off just because they cannot arrange money for the dowry. Some even have to give all they have just to get their daughters married.

This dowry system is not only a burden for parents but also an agony for the daughter. A girl cannot forgive herself when she sees her family being financially unstable after giving the dowry. The dowry does not ensure a bride’s happiness. There are some families who become greedy to take as much dowry as possible and that makes them throw all sorts of physical and mental tortures to the bride. I know a girl whose marriage was settled on giving the dowry of gold jewelry and furniture. But, in spite of fulfilling the dowry requirements, the bride was unimaginably tortured just after the two days of her wedding for more dowry of BDT 5 lakh.

Recently, a relative of mine came to invite me to her sister’s wedding. While talking about the in-laws, she exclaimed how wealthy the in-laws are and how lucky my relative is as they do not have to give the dowry. But after some days, it was revealed that when the girl’s brother wanted to gift her with new furniture, her in-laws told him that they can gift the groom a car instead of furniture as they do not need furniture in their house but a car would be helpful for the groom. Imagine! A car instead of furniture!

The girl’s family goes through terrible pressure before the wedding. But this pressure of dowry does not stop there. It even goes on after the wedding. There are instances where a girl is mentally and physically tortured even after 6/7 years after the marriage.

Just a month ago, on 12 December, I was skimming through the newspaper and stumbled upon a torture case in the BhuapurUpazilla of Tangail which was done by the Imam on his wife and the underlying reason was simple! The girl’s family could not meet the dowry requirements! On 6 December, the Imam took a sharp weapon and hit his wife on her head countless of times. I was shocked to see her picture in the paper. Her head and face were in terrible condition and all because of dowry. Her eyes and face were swollen, and on her lap was her newborn baby. Despite her injury, she was taking care of her newborn child. This picture was a real representation of thousands of girls like her who go through these horrifying sufferings.

There are countless of examples available-

According to the information from the Bangladesh Police Website, from January to November 2017, the number of women and child abuse cases were around 1789. And in 2015, the number of women abuse was 21220. According to statistics available from reports, in the year 2015 alone, 392 women were subjected to violence due to dowry-related issues. Among those cases, 192 women were murdered and 18 were suicide cases. Apart from this subcontinent, there is no other place where women die because of dowry. Only in India, every hour, 12 women are burned alive for dowry.

“Women and Child Abuse Law 2000” was established in 2000, to stop dowry system. Then in 2003, the law was further modified and widened. This law defined dowry as asking for the transaction of money from the bride’s family to the groom’s. The punishments under this law are either death sentence by hanging or lifetime prison. This law also established that if anyone is associated indirectly with the practice of dowry, he/she will be taken to jail and will not be given bail.

But there are doubts about the proper practice of this law. Most of the time, the criminals easily get away from this law, hence, living the bride’s family helpless.

The original article was published on Women Chapter’s main site on December 14, 2016. 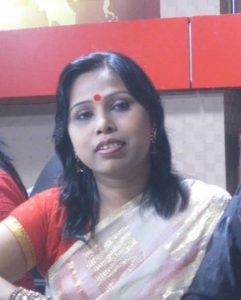 The writer is a journalist by profession.

Tahiya Islam is currently a Masters student at Malaysia. Apart from her love for writing, she has a knack for public speaking as well. Her career goal is to become a teacher and be a motivational speaker. She is actively involved with a number of youth organizations.