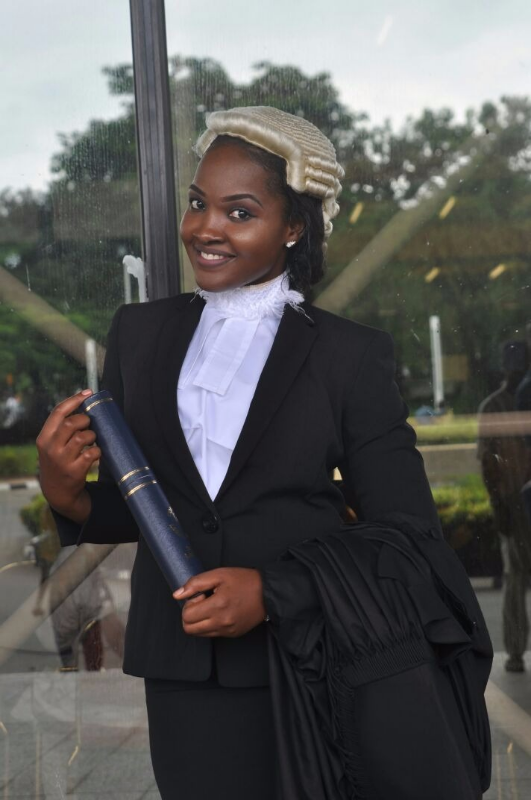 As an intern attached to a court in Nigeria, I witnessed how female counsel was mandated by Judges to indicate their marital status while announcing appearance. The most painful part is the manner Judges ask the question and the derision ‘Miss or Mrs?’ ‘Would you prefer to be referred to as an Esquire?’ ‘Please let us know when you are available or off-market, you never can tell there could be a prospective suitor…’ Expectedly the male counterparts are thrilled and always show gratitude by prolonging such conversations in a manner that massages their ego. Little wonder, some men expect women’s education to end in the kitchen and the infamous “the other room”.

I must have grown a thick skin to stand such discriminatory environment over the years. Each morning, I announce appearance in court ensuring that I mutter the suffix thus: J. I. Ugwu ‘MISS’, this prevents the court being torn in two like I witnessed in some situations where female lawyers fruitlessly attempted to go against such discriminatory and debasing legal tradition. This is not applicable to the male counterparts as only ‘Mr.’ in exclusion of ‘Master’ is used, also male lawyers are not addressed with any feminine title as is the case when women are addressed as ‘Esquire’. Why can’t one, for instance, announce appearance as J. I. Ugwu without esquire, Miss or Mrs? If there is need to state such titles as Mr./Miss/Mrs, why don’t we use Mr. /Ms respectively as both are neutral terms for each gender, and usually don’t arouse any sense of stereotype. Many lawyers who are advanced in their biological age and remain unmarried by choice or circumstance may perceive it demeaning when only the female counterparts in such instance are consequently and constantly reminded of their marital status by the use of Miss/Mrs in an open court. A divorced female lawyer once left the courtroom feeling embarrassed after she literally made a public announcement of a failed marriage when she announced appearance, many colleagues passed notes across while others sent messages, asking ‘what happened?’

It’s ironic to think that the Court which is a Temple of Justice evokes such Gender neutrality. Clichés like “there are no women at the bar”, “gentleman on skirts” or “esquire” are popular; but these are common phrases and remarks from the age-long discrimination against women in legal practice. It denies the female gender the right to be female and be a lawyer, it rips them off being a woman ‘Womanity’ or ‘Femininity’ or ‘Womannes’. It suggests that a woman is incapable of being a lawyer, she has to first evolve into a man to be a lawyer. It goes further to say that being a man ‘Maness’ or ‘Mannity’ is a status to be attained before becoming a lawyer. It doesn’t augur well when a female Judge is referred to as ‘He or Sir’. If the profession recognized the two genders and prescribed different dress codes (collars, bibs, and trousers are for men while collarets, skirts, and dresses are for women), then it can further accommodate general acknowledgment of women.

The career routes for women remain different in the sense that socially and culturally they have other responsibilities to be taken alongside their career aspirations, their efforts seem to be watered down or remain just a dream. It would seem as though women continue to run away from active law practice because of the particular challenges they face in practice or the fact that professional women still have the primary responsibility of both housekeeping and childbearing. Even though women now contribute more to the labor force; it is still the case that women routinely perform a higher portion of household chores and spend time looking after children and husbands; the ability to strike a balance between career and family life is quite a challenge. Most times, women are being pushed into the shadow of their husbands, so she needs to work extra hard then her male contemporaries to extricate herself from this shadow.

For centuries women were denied access to the legal system, cases were brought and decided by men, based on legislation formulated and passed by men often without the contribution of women. The profession was strictly for men, everything around it was tailored exclusively by and for men; it wasn’t envisioned that someday females who were considered mere chattels, will be so educated, learned and become lawyers. Women’s active participation in lawmaking over the centuries has been low, the absence of women as active participants in institutions of law means that women’s perceptions, consciousness, and ideas about their reality have played a very little part in the creation of the systems and ideas of the law or the view of the world reflected in the artifacts of the legal system’s decided cases. In law, as in the rest of culture, it has meant that the means women have had available to them to think and make actionable their experience have been made for them and not by them. Will the presence of women as actors in the legal system change its one-sided representation of man’s reality as the only reality? 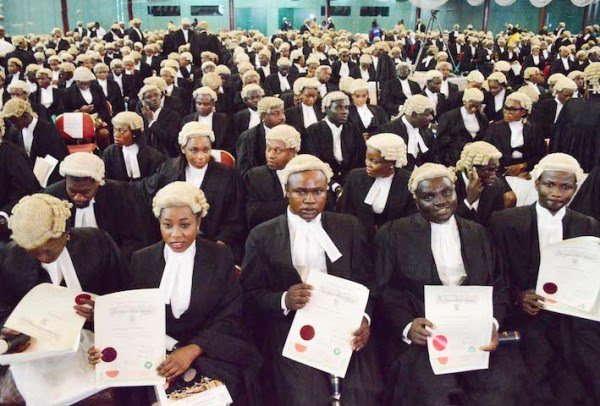 Today, women in positions of authority in the profession whether at the bar, bench or academics are comparatively low. For example, how many women called to Nigerian Bar each year are in courtroom practice? How many of those in active practice are partners in a firm? How many women have become Attorney General of States and the Federation? How many are Senior Advocates of Nigeria? How many of the elected executives of Nigerian Bar Association at the state and national levels are women? It’s discouraging that there has been only one female National chairman/president of the association since its inception. Out of over 475 Senior Advocates, it’s worrisome that the women amongst them are approximately 20. Is it truly a man’s world? ‘Womanity’ has come of age in the world career and Nigerian Bar Association (NBA) should not be left behind. There is a call for rethinking the role of women in Nigeria for a sane, less corrupt and lawful society.

Female lawyers in the profession this century have received the same professional education and training as men. The success at qualifying and working as professionals has depended on her ability to manipulate the concepts and the processes of the system to “think like a lawyer”. Sadly, ‘thinking like lawyers also means thinking like men’. This has sometimes even been explicitly acknowledged by those responsible for our education; a male professor once bestowed on a female student what he considered to be the ultimate compliment. “You think more like a man than any woman I have ever taught”. Women often fall victims of such discriminatory compliments, not just at the level of law school, but throughout her professional career. A woman’s success in the male-dominated system depends to a great extent on her excellence as perceived by Judges who are mostly. Such thoroughgoing socialization in the male norms of the profession has for years, made it unlikely that a woman could be highly successful in it by its term and also be an avowed feminist. Women lawyers who believe in women’s equality can be caught up in the affirmation of the male vision of the world.

The current struggle in the fight against gender discrimination seeks to achieve a place in the world for all; to develop a set of legislative reforms in order to place women in the same position as men and not to define the rights of women in relation to their special place in the social structure and in relation to the biological distinction between the two sexes and her vulnerability. Men usually have a wrong notion about women; some of them see women as not strong enough and tender-hearted. This is perhaps why clients, including female clients, mostly prefer male lawyers to handle their cases. It, however, does not translate to mean that male lawyers are more brilliant, vocal and articulate than their female colleagues but exists on the premise of the general perception of male superiority. More regrettable is the fact that some firms are often reluctant to recruit female lawyers or partner with them on the erroneous premise that they are less productive than their male counterpart.

Despite these challenges, one takes solace in the dynamism of time. Just like every aspect of life, the legal profession is still evolving and I will not give up on it now or in the future for progress is sure. Gender equality must be consciously and continuously promoted by Nigerian Bar Association in positions and appointments to give women the needed support, recognition and placement in leadership positions in different areas of legal practice. Women should be allowed to play prominent roles in the legal profession and all existing stereotypical ideologies in the ethics of the profession should be erased to forge a gender-balanced legal profession.

This is an excerpt from the original article that appeared in greenbreporters.com; the excerpt is being published with the writer’s permission.

Jennifer is a vibrant legal practitioner called to practice in Nigeria.She is an enthusiastic speaker who opines that every person has an enormous untapped reservoir of potentials that can be accessed, ‘to achieve more, be more and ultimately have more’.Jennifer knows how to capture and hold rapt attention.

During her National Youth Service (NYSC), Jennifer worked in the legal department of the office of the Chief of Staff to the Executive Governor of Imo State, Nigeria and she is presently working in a law firm in Nigeria.

Jennifer is interested in gender, human rights, and conflict resolution. She is devoted to bringing out the best in others by using her diverse skills and abilities to reach out, through empowerment. She seeks to use her skills and wealth of knowledge in fostering peace, justice, and human rights in Africa and around the world.